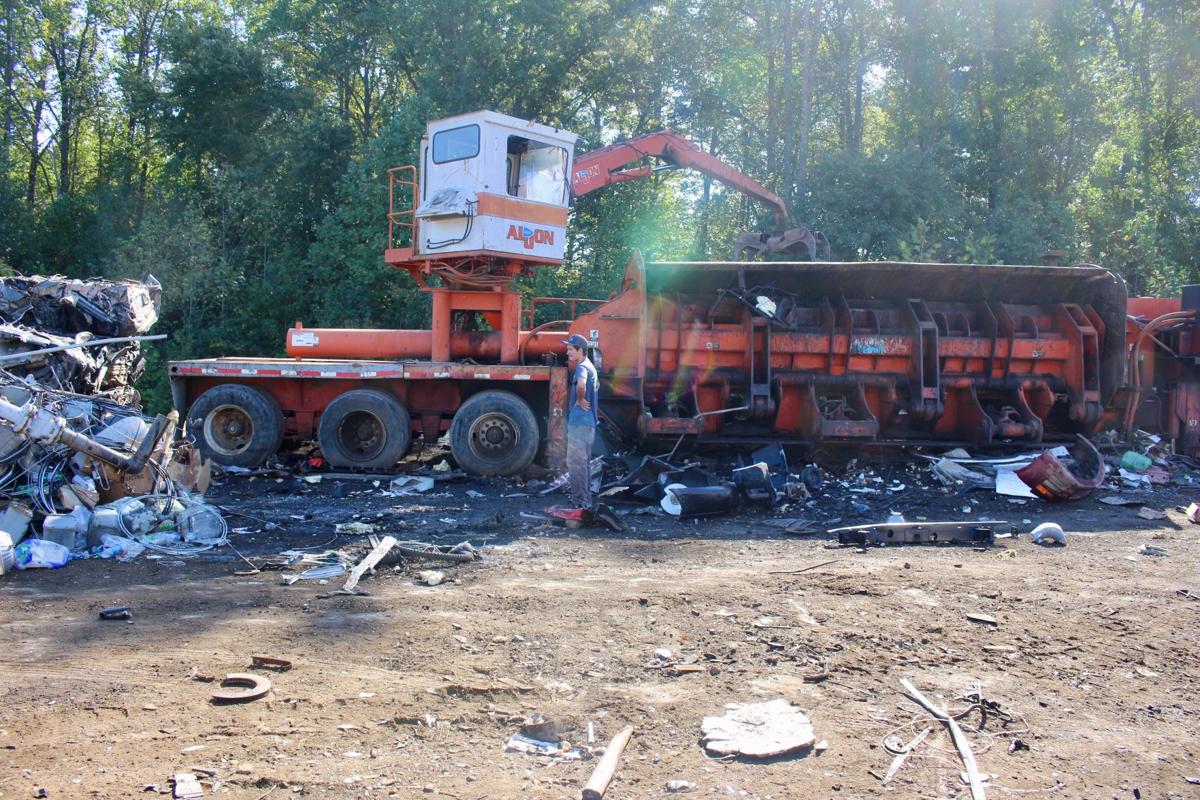 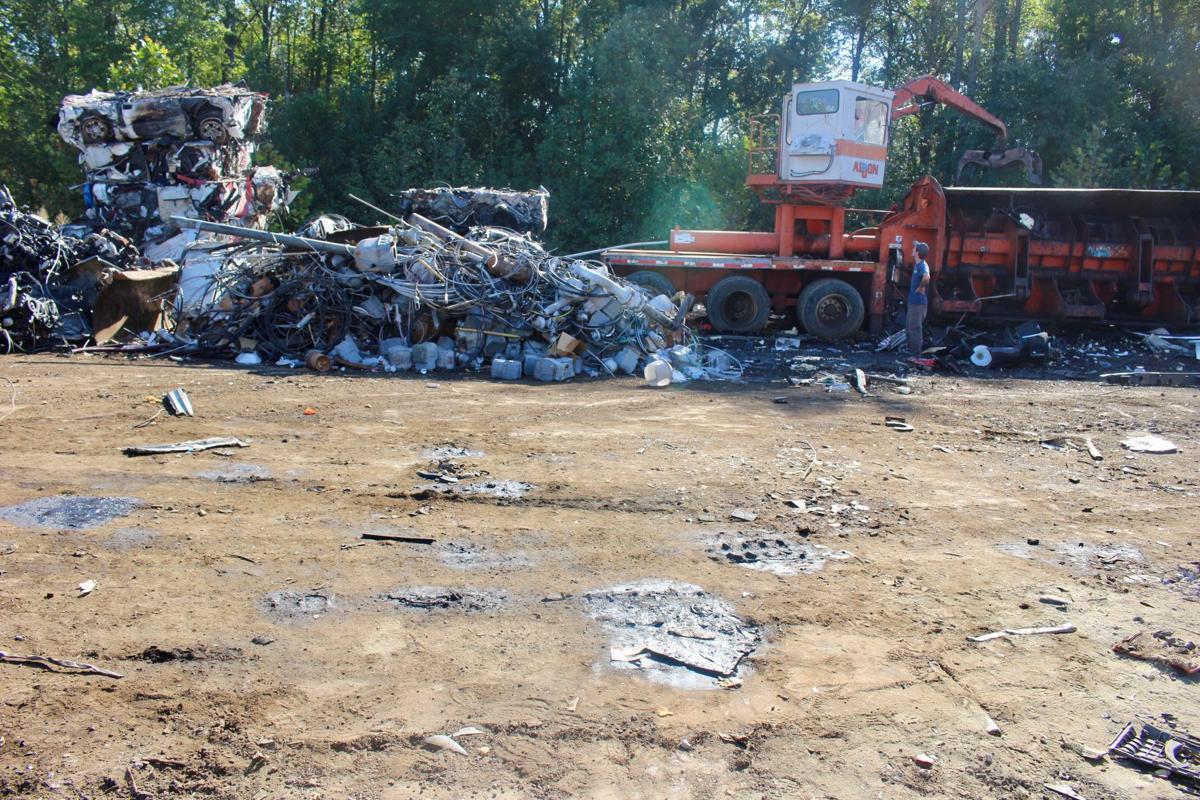 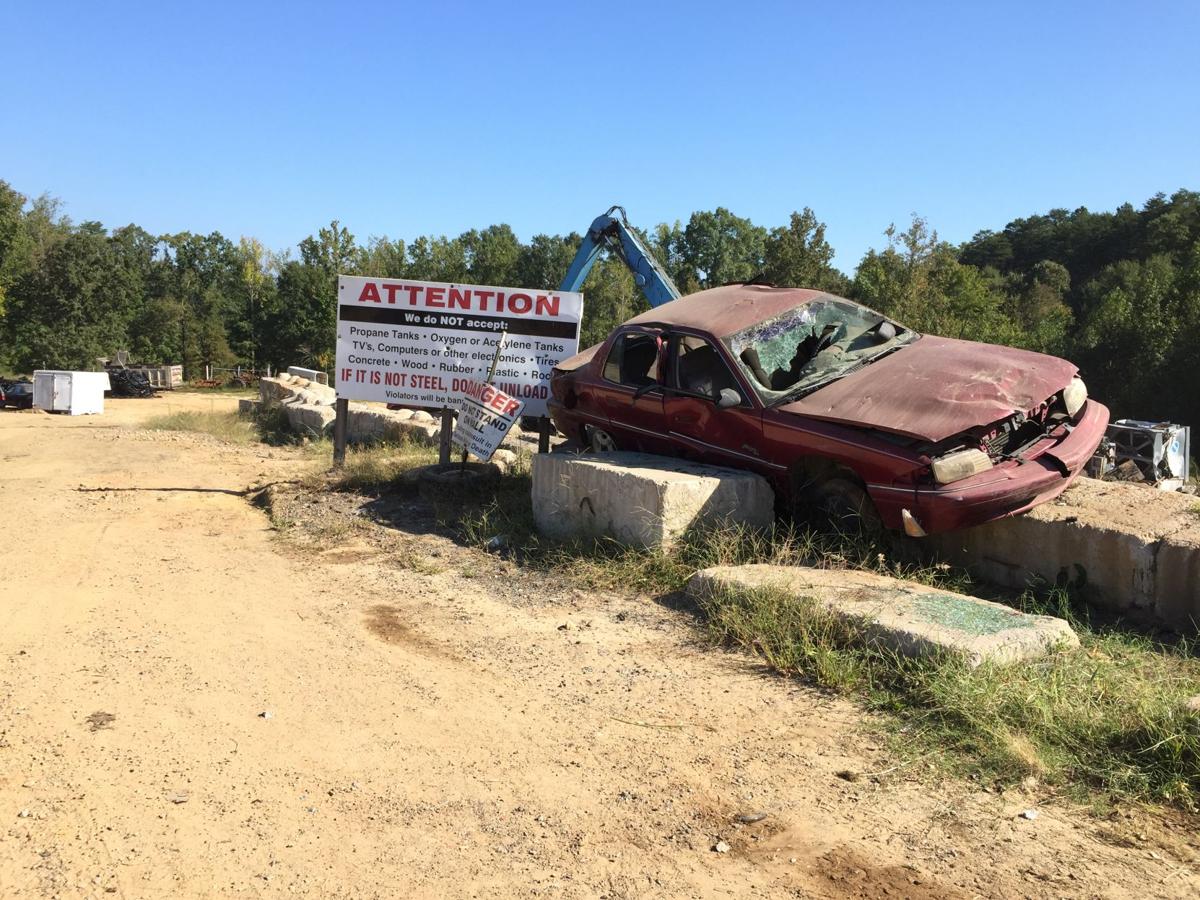 In an explosion that shook the entire complex, a propane tank blew up at AMA Metal and Auto Recycling on Wednesday morning, marking the second fiery incident since June.

The tank erupted at 8:45 a.m. after being punctured by a man-sized mechanical claw used to crunch and move large, metal debris.

The propane tank “was buried under a lot of heavy metal,” Office Manager Carolyn McCurry explained, and not seen by the employee in the control cab connected to the claw.

“He didn’t see it, and he nicked it and it exploded,” McCurry added.

The explosion knocked over the mechanical claw — called a sheer — used to move oversized debris, and the worker inside the connecting control cab had to leap to safety.

Staff extinguished the resulting blaze by the time Danville firefighters arrived at the recycling yard at 1692 Halifax Road.

The center buys junk and unwanted vehicles, as well as scrap metal, to be recycled. The company also offers new and used auto parts.

Dustin Strickland, the worker who leaped to safety, was back in the cab and loading scrap metal into a truck by the time the Register & Bee arrived. He waived and shouted that he did not want to comment.

He was the only person injured, cutting his arm when he jumped out of the cab.

“We bandaged it, we kissed his boo boos, and he went back to work,” McCurry said with a laugh. “He was very, very, very lucky that he didn’t get really hurt … the lord was looking out for him.”

The recycling company had another fire in June that was ruled accidental. No injuries were suffered in that incident.

There are no records of investigation at the address by the Occupational Safety and Health Administration or by the Environmental Protection Agency, which often looks into such industrial incidents.

AMA, owned by Bill and Greg Weaver, has been known by several names over the years, including Trade Street New & Used Auto Parts and Autocycle.

“People throw propane tanks over the wall all the time,” McCurry explained. “Especially when they think no one is looking. There are signs everywhere.”

McCurry said that they will be adding new signs warning that anyone caught throwing a tank of any sort over the wall will be fined $100 and banned for life from the recycling center.

Ceillie ​Simkiss reports for the Danville Register & Bee. Contact her at csimkiss@registerbee.com or (434) 791-7981.