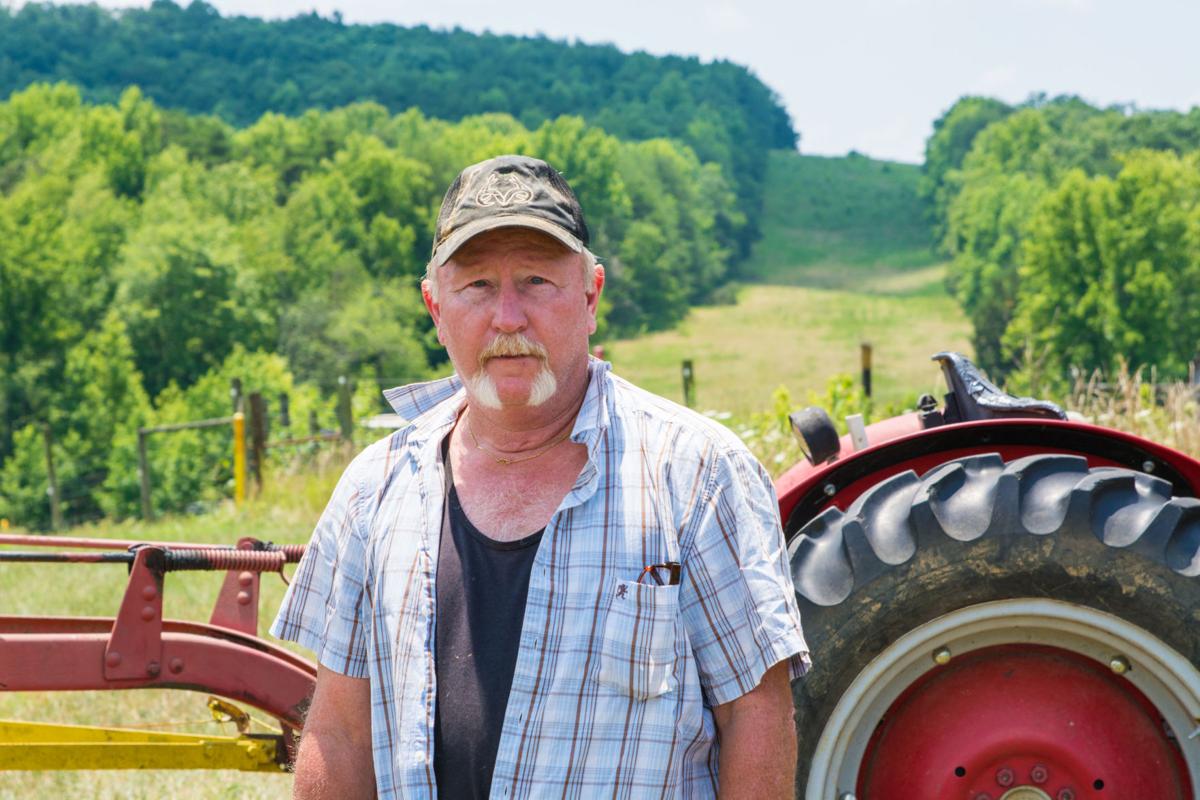 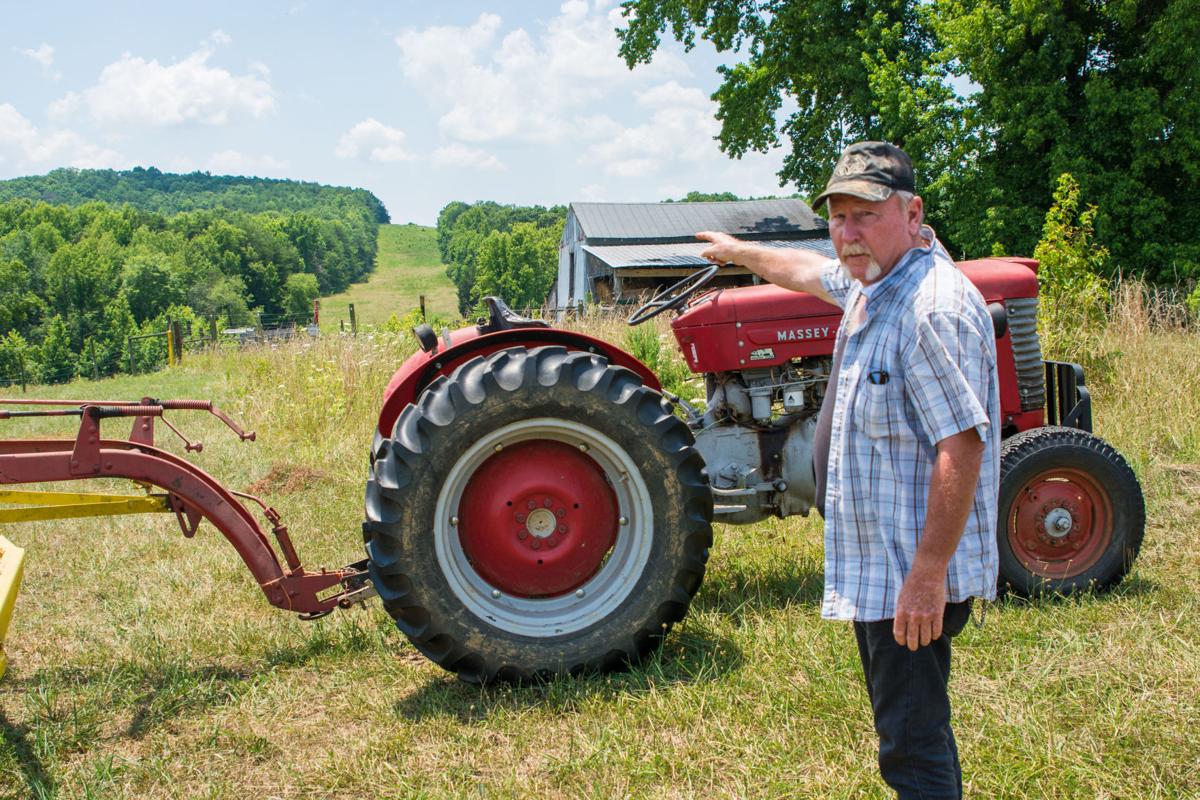 Doug Bryant points toward the right-of-way cutting across his land that’s already in use by a Williams Transco pipeline. The Mountain Valley Pipeline’s proposed Southgate project is currently set to go through Bryant’s property as well. 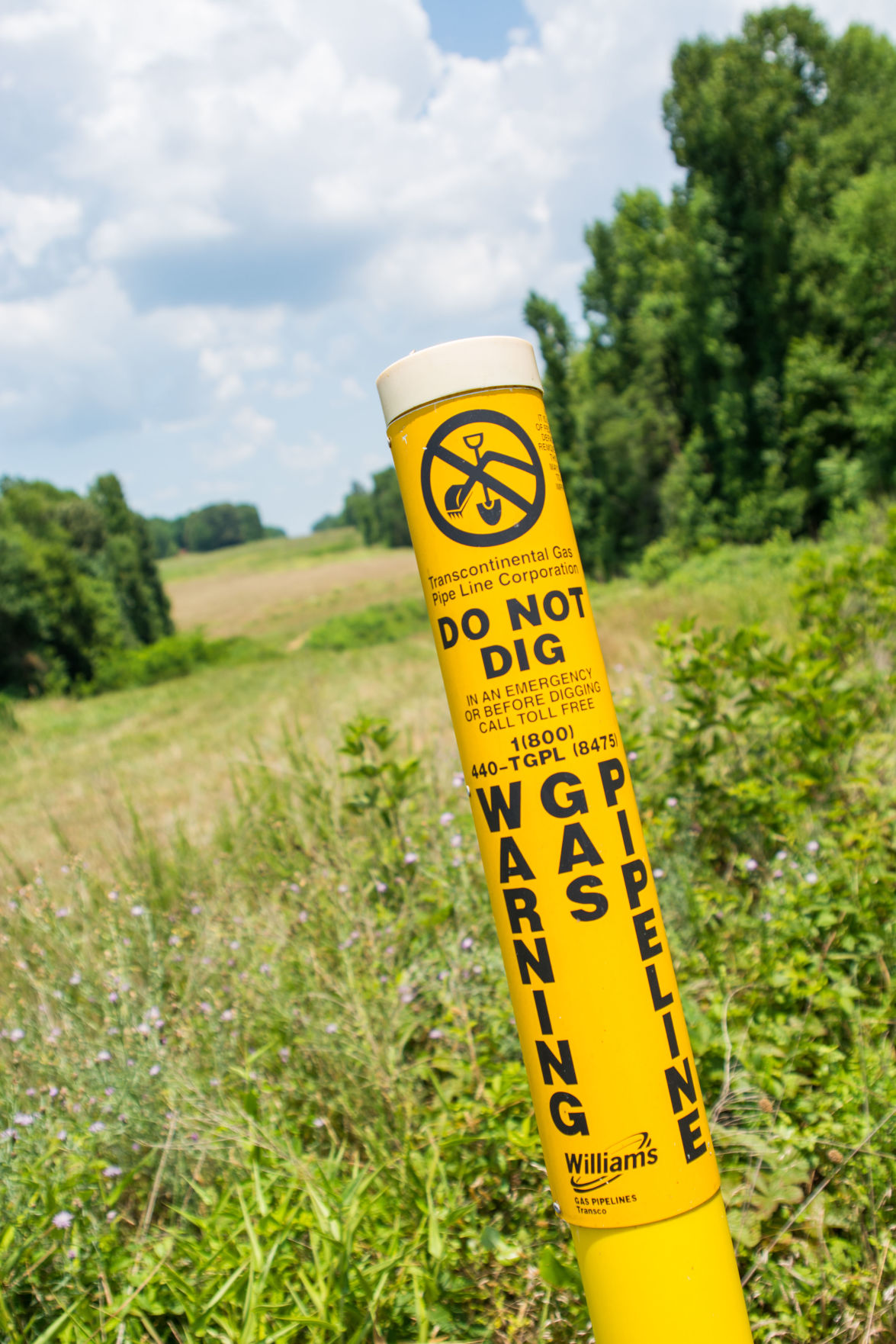 Doug Bryant points toward the right-of-way cutting across his land that’s already in use by a Williams Transco pipeline. The Mountain Valley Pipeline’s proposed Southgate project is currently set to go through Bryant’s property as well.

BROSVILLE — After receiving a call from his neighbor about unfamiliar trucks on his land, Doug Bryant said he immediately put on his boots and drove to his farm.

Upon arrival, he said he saw at least three vehicles and people who identified themselves as an environmental crew for the Mountain Valley Pipeline Southgate project.

The Southgate project is a proposed extension from Mountain Valley Pipeline’s main natural gas pipeline that began construction in West Virginia in January. The mainline is a separate project from Southgate.

Bryant’s property is on the proposed route for the Southgate pipeline, which entered the Federal Energy Regulatory Commission’s initial pre-filing stage in May.

“The supervisor said they got the owner’s permission to be on the property, and I asked, ‘Who’s the owner?’ He said, ‘Mr. Doug Bryant,’” said the 63-year-old landowner. “I said, ‘That’s a damn lie, I told your representative not to come on my property.’”

Bryant said he refused to give the company permission to allow surveyors onto his land when he received a call around a month ago. Therefore, he said he called the sheriff’s office and reported them.

Jane Sawyer, the 86-year-old woman who owns the land directly adjacent to Bryant’s, also lives on property located on the proposed route.

She said she also received a call from Mountain Valley Pipeline and didn’t give permission for surveyors to come onto her land.

Bryant said the lead surveyor stated Sawyer did provide verbal permission for them to come onto her land.

MVP Southgate spokesman Shawn Day stated the survey crews used what they understood to be a public access road to conduct work on a property they had previously received permission from.

“The landowner subsequently rescinded permission for survey access, and another landowner claimed that the road used by survey crews was privately owned,” said Day in a statement.

According to the police report, Taylor said there was a miscommunication between one landowner who had given permission and the Southgate surveyors. He said the surveyors apologized for going on part of the adjacent property without realizing it, and no charges were filed.

Day also said the crews left after discussing the matter with the county’s law enforcement.

The names of the landowners involved weren’t included in the report, Taylor said.

Day said land agents are legally allowed on property with either written or verbal permission from landowners.

After Monday’s incident, Bryant said he’d have future pipeline representatives arrested for going on to his land, adding it showed “a lack of respect.”

Though it appeared most of the surveyors were from out-of-state, Bryant said the deputy could arrest individuals and immediately take them to the magistrate to have bond posted.

Taylor said that could be possible if the act was committed in the presence of an officer, and the officer didn’t believe the suspect would respond to a summons.

“They are telling people lies, they are trespassing,” Bryant said. “I worked too hard and my wife and I sacrificed too much to just let people walk all over it.”

The Southgate project wouldn’t be the first pipeline to cut across properties belonging to Bryant and Sawyer. They both have a Williams Transco natural gas pipeline running through their land. Bryant estimated the 100-foot wide easement went across about 4,000 feet of his property.

For Bryant, the Transco pipeline already takes away from the acreage available to grow hay for his cattle. He said he fears another easement for Southgate would detract more space and inhibit him to drive his equipment across the pipeline to harvest his hay.

The pipeline could potentially affect Sawyer’s source of income as well — she said she leases out her farmland to a tobacco farmer.

Neither Bryant nor Sawyer have filed official complaints with the Federal Energy Regulatory Commission — the government body charged with review and approval of proposed pipeline projects.

Though he didn’t have the numbers available, Taylor said he was sure his office had received complaints involving pipeline surveyors in the past.

Bryant and Sawyer said they had a good working relationship with the Transco representatives, receiving notice prior to visits. They added that they were often asked for permission in person.

“I’ve never had a problem with Williams, they have a key to my gate,” said Bryant.

In regards to talking with landowners, Day stated MVP Southgate’s land agents have undergone years of experience and receive training on the project and the area.

The Code of Virginia states natural gas companies have a right to enter properties without the landowner’s permission if the permission has been requested, the owner’s written response wasn’t returned by the due date and a notice of intent was sent to the owner.

Halle Parker reports for the Danville Register & Bee. Contact her at hparker@registerbee.com or (434) 791-7981.