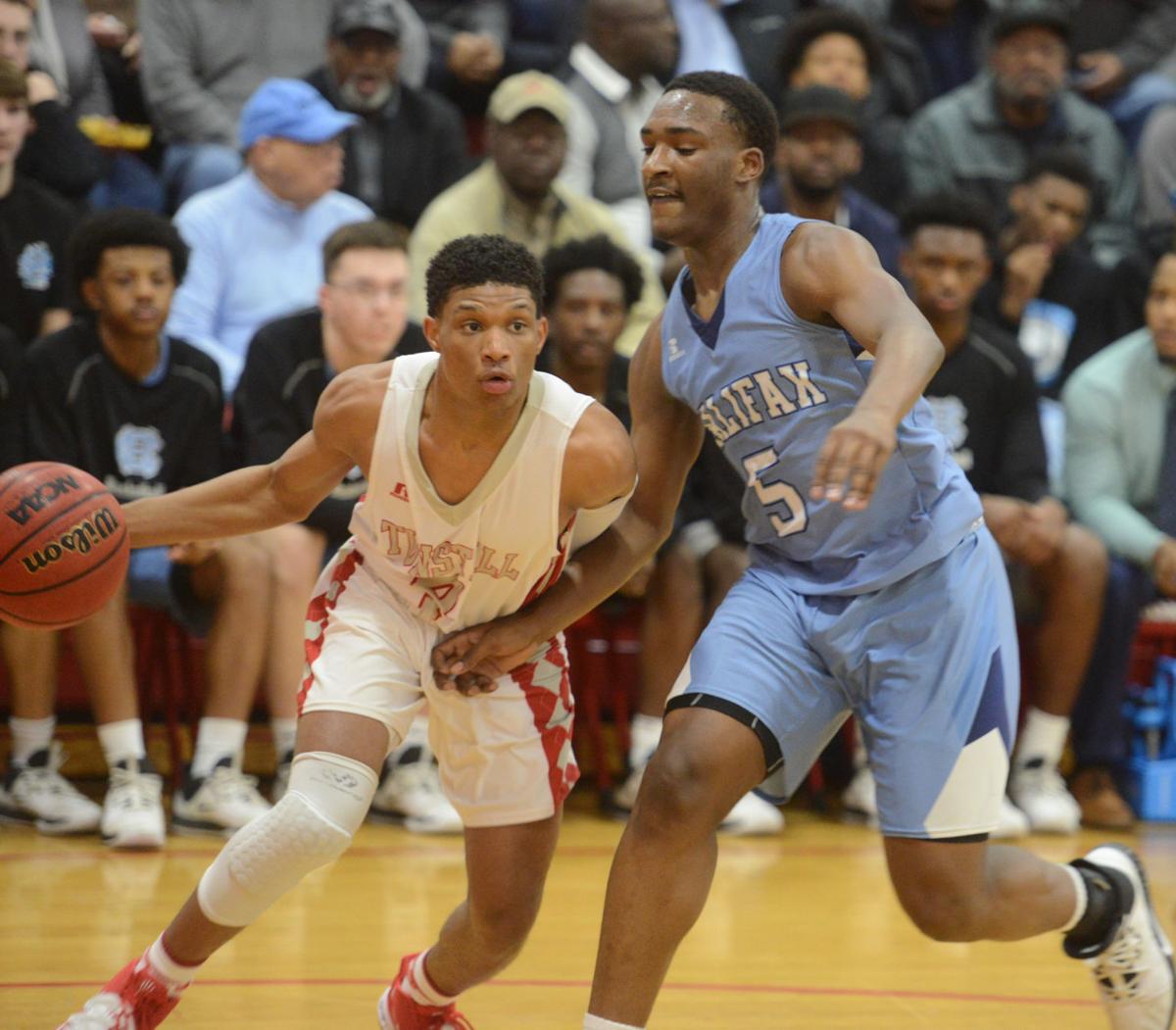 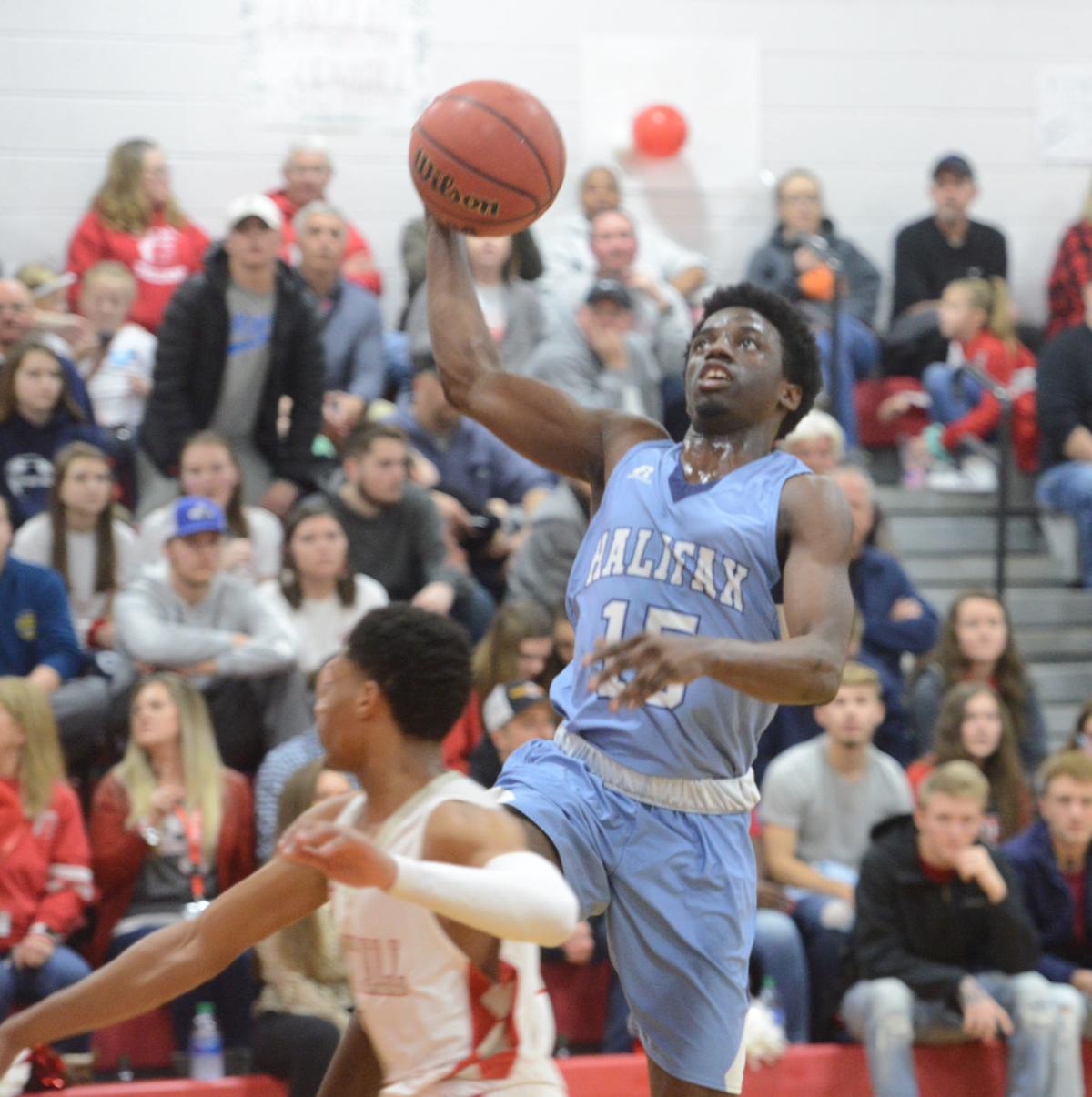 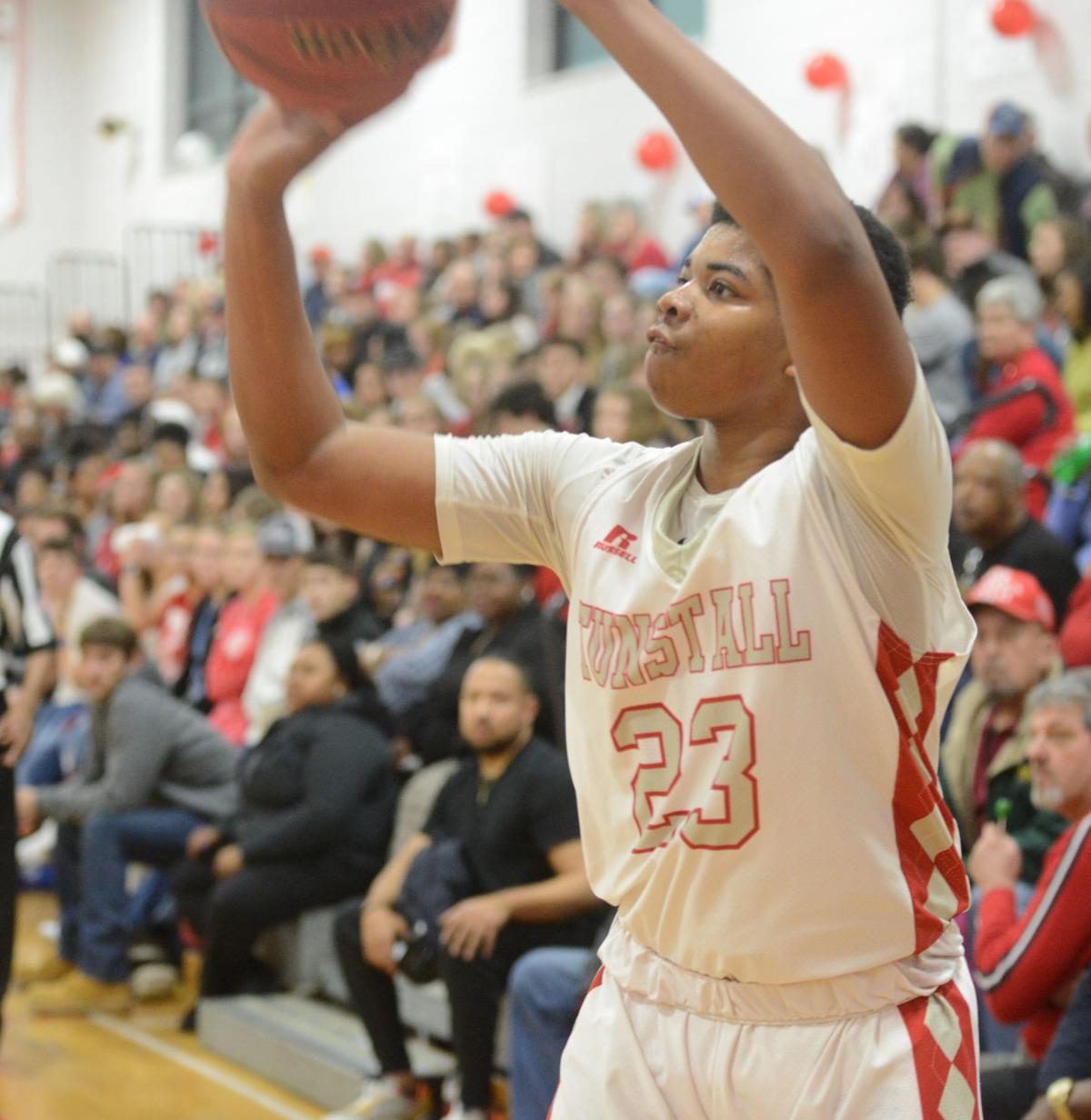 Tunstall's Jaylen Crews hits a 3-pointer from the corner against Halifax County on Friday.

Tunstall's Jaylen Crews hits a 3-pointer from the corner against Halifax County on Friday.

DRY FORK — After a string of three consecutive losses that dropped it from the top of the Piedmont District, the Halifax County boys basketball team earned a badly needed win on Friday night at Tunstall High School.

The Comets utilized a sizable second-half run to overcome a slow start and secure a 65-50 victory.

In the third quarter, Tunstall’s Jaylen Crews hit a 3-pointer to give the Trojans a 33-32 lead. The Comets then went on an 18-6 run that stretched into the fourth quarter to take a commanding advantage they would not relinquish.

Halifax County’s Jaden Waller scored 14 of his game-high 21 points in the second half to facilitate the comeback.

Tunstall controlled the first quarter by hitting a trio of 3-pointers—two from Majare Vincent and one from Jaylen Crews. Jamison Graves added eight points of his own in the first quarter, and the Trojans led 17-10 after the opening eight minutes.

Tunstall went cold in the second quarter, though, not scoring until the 3:51 mark when Graves split a pair of free throws. The Comets outscored the Trojans 17-8 in the second and went into halftime leading 27-25.

The Comets added to their lead in the third quarter thanks in part to two vicious dunks by Waller. They went into the fourth leading 42-37, and their lead grew to 20 in the fourth quarter before Tunstall hit a few shots at the end to narrow the final margin.

Crews finished with 13 points, Graves had 17 and Vincent finished with 12. Six points from D’dric Rogers and two from Buck Long rounded out the scoring for the Trojans.