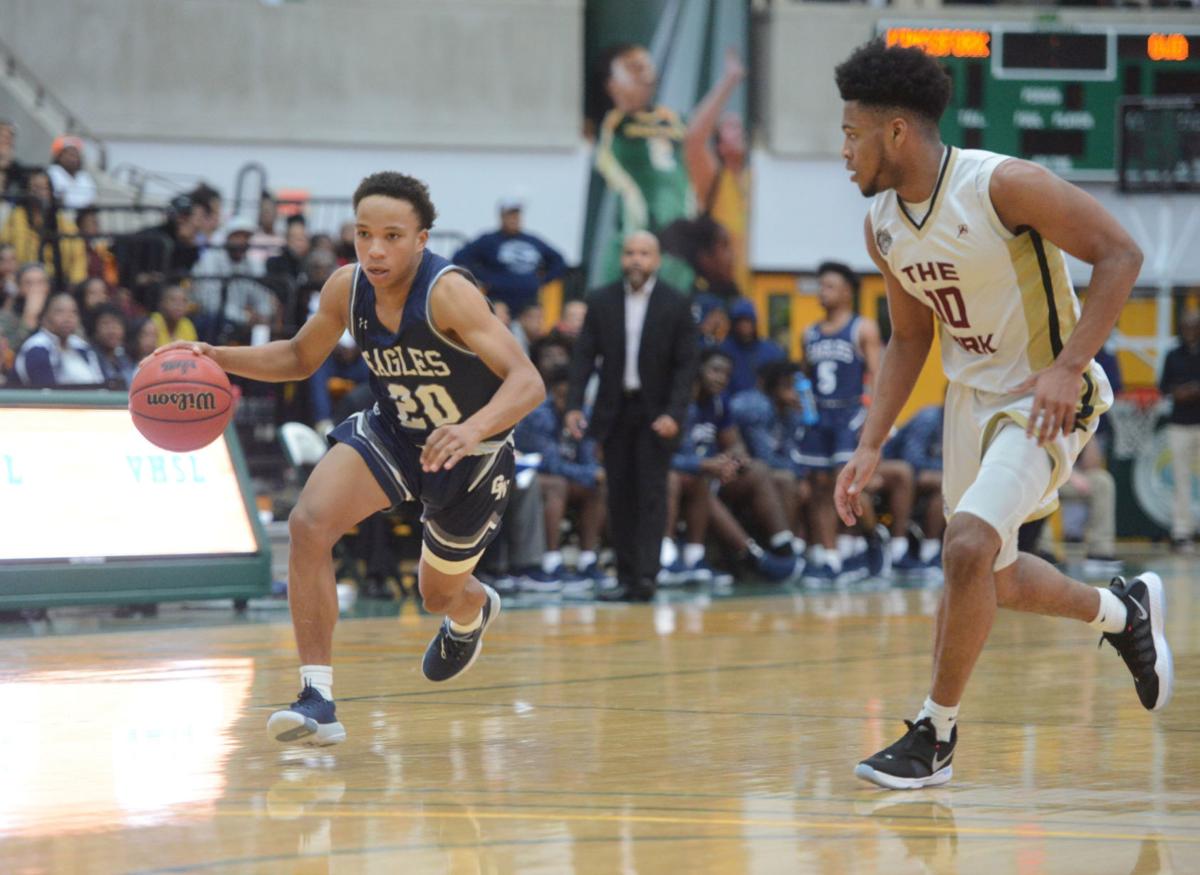 George Washington junior guard Justin Bethel drives by a King's Fork defender during the first half on Tuesday during the Class 4 state semifinal game at Norfolk State. 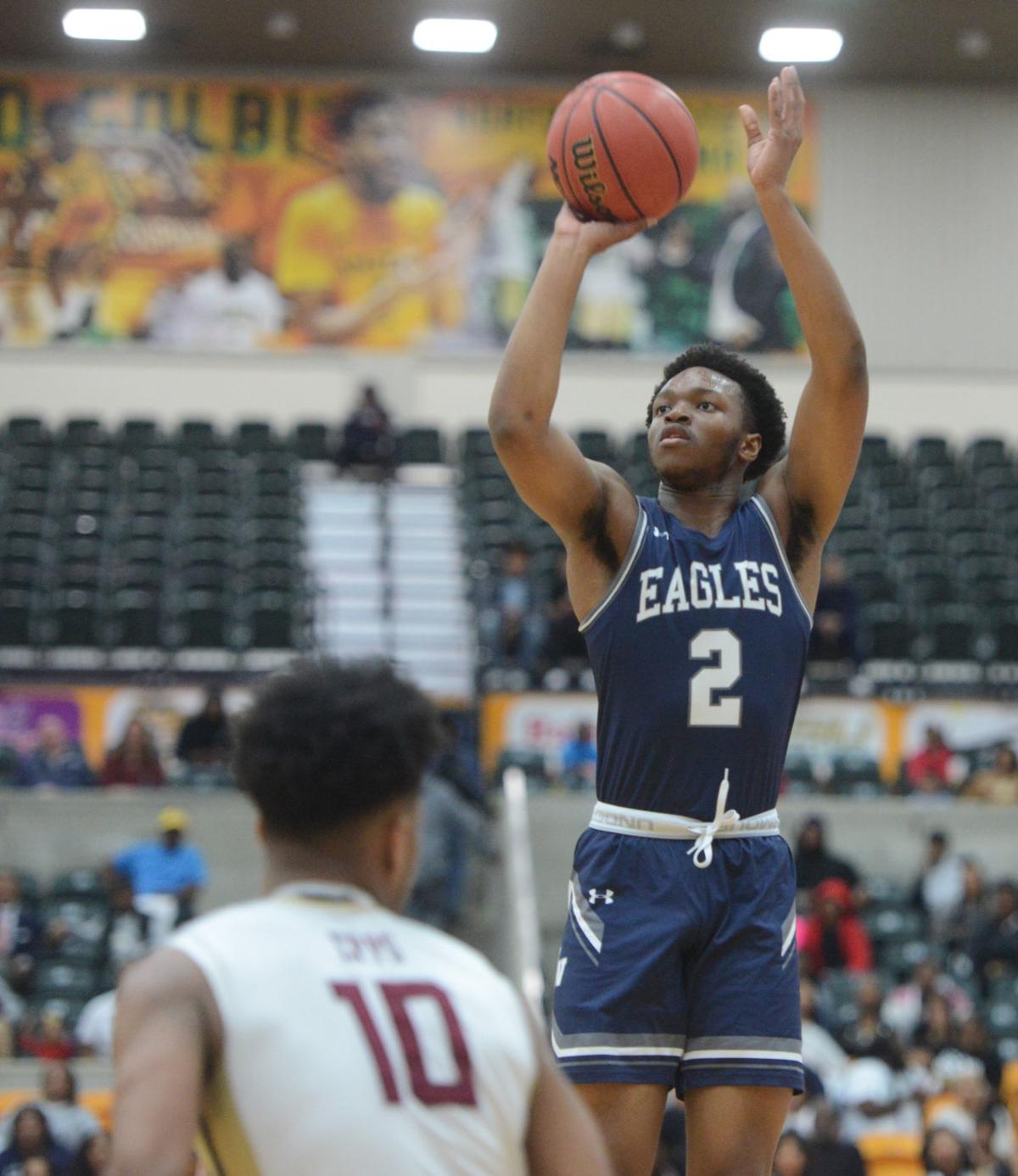 George Washington junior guard Justin Bethel drives by a King's Fork defender during the first half on Tuesday during the Class 4 state semifinal game at Norfolk State.

NORFOLK — At this stage of the basketball schedule, it could feel unjust for a game of this magnitude — the VHSL Class 4 state semifinals — to end in a mere 32 minutes of game clock.

So it went, though, that the George Washington High School boys basketball team saw its season — once full of promise and optimism — end abruptly on Tuesday evening in just under an hour and a half in a giant gymnasium a mere 200 miles from home.

Facing the high-scoring King’s Fork team from Suffolk at Echols Hall on the campus of Norfolk State University, the Eagles struggled to keep pace in a 67-41 loss.

It wasn’t that the Bulldogs played particularly quickly, but they scored at a clip that was difficult to equal.

“We didn’t match their energy tonight,” said GW sophomore guard Jakobe Dixon, who led the Eagles with 10 points. “They outplayed us.”

The Eagles were attempting to defend last season’s state championship, and they were the only repeat member from last season’s final four participants in this year’s field.

“We feel good about it because at the end of the day, everybody doubted us to get here, and we actually made it here,” Dixon said. “We didn’t finish it out, but we accomplished a lot of things as a group.”

GW’s prospects for winning took a hit early on with a 2-for-8 showing from the free throw line in the opening quarter. King’s Fork opened a 20-9 lead at one point, but GW junior guard Justin Bethel hit a 3-pointer and a short jumper to trim the lead to 20-14 by the end of the first eight minutes.

The free throw woes plagued the Eagles for the rest of the game, reducing any chances of a comeback. They finished 9 of 28 for the game.

“It hurt us bad,” Parker said. “It was actually a surprise. I think the perception of the court meant a whole lot. Even our (field goals) were not going.”

The Eagles, indeed, struggled from the field, as well. They managed just two field goals in both the second and third quarters, and they shot 14 of 49 (28.6 percent) overall.

“That’s a tough night,” Parker said. “You can’t do anything with that.”

As lopsided as the game was at halftime — 34-22 in favor of King’s Fork — the contest really slipped away in the third quarter.

The Eagles were limited to just four points in the third while the Bulldogs extended their lead. King’s Fork doubled up GW 52-26 going into the fourth.

There would be no comeback, though. Both teams notched 15 points in the final quarter, bringing an anticlimactic end to the year.

“We had a terrible night,” Parker said. “They took advantage of us missing shots, missing free throws, and, I guess, walked into Friday’s state championship game.”

The pride of even reaching this point of the season, though, was evident, as was the optimism for the future.

“I told the guys I’m 100 percent proud of them for the season that they had because nobody really expected us to be here,” Parker said. “Losing nine seniors last year and getting a whole brand new team, getting back, that lets me know they were coachable. The ones that are coming back, I look forward to working with them, and the ones that will be coming up, I look forward to working with them, as well.”