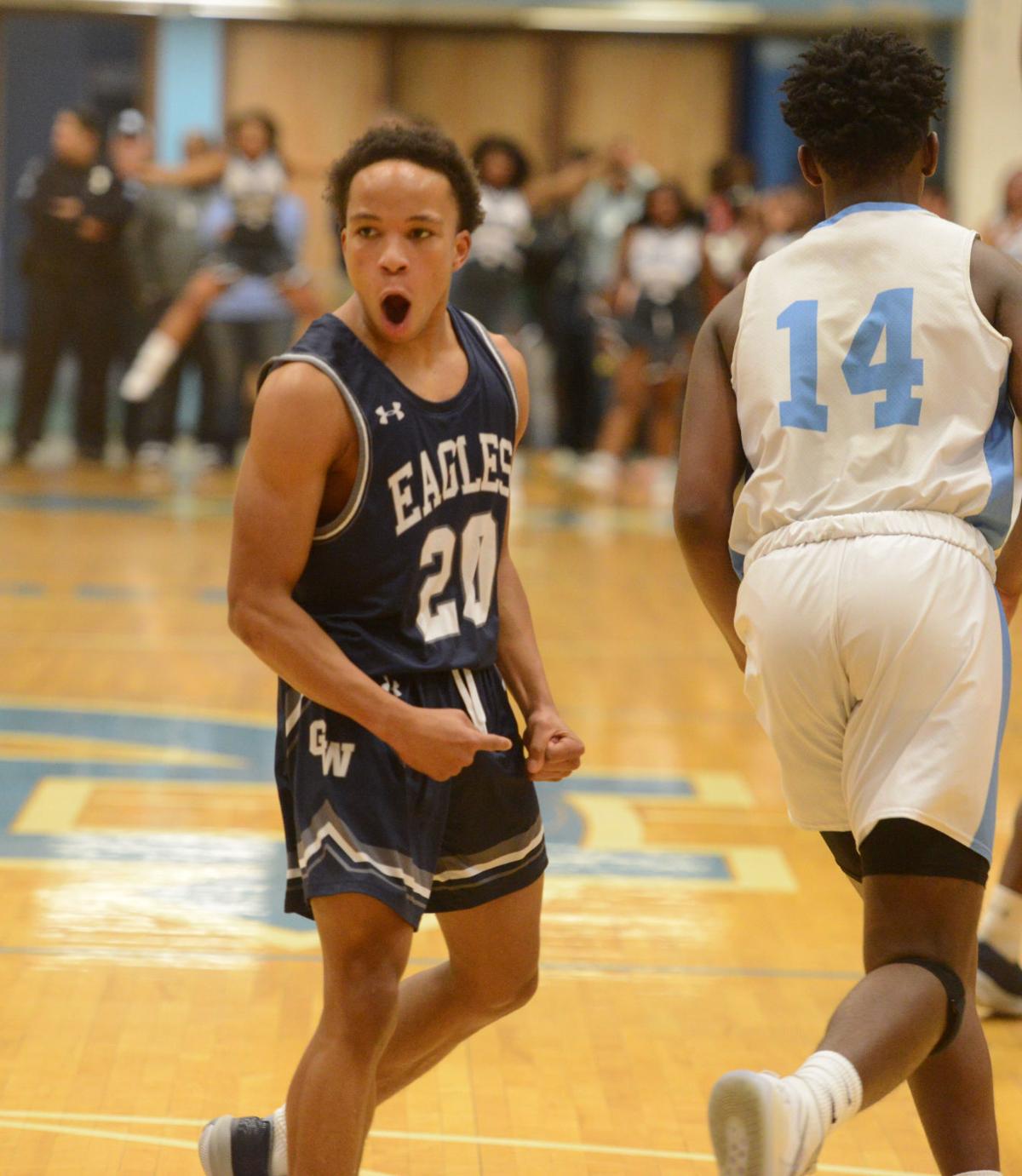 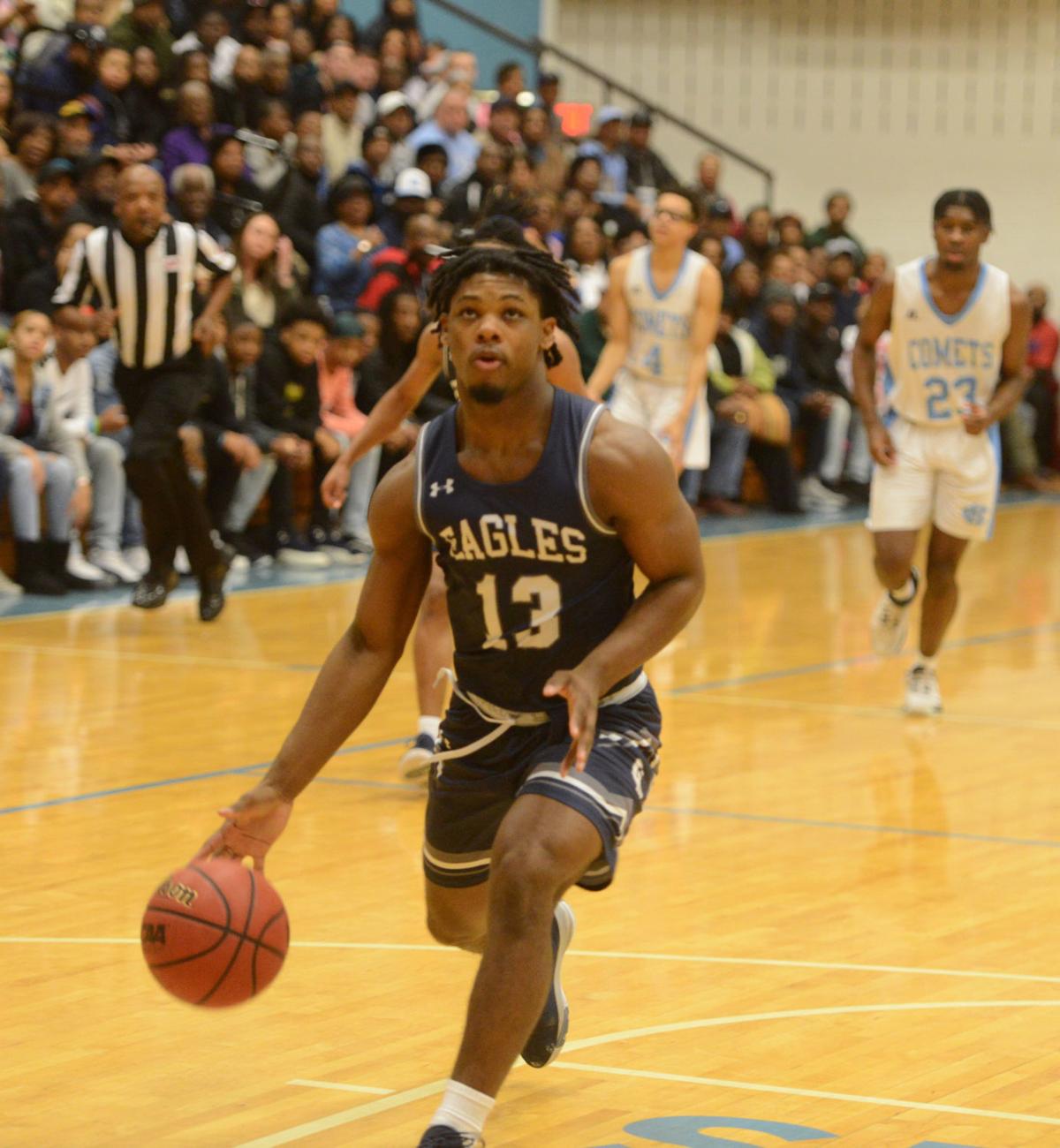 George Washington senior forward Shawn Watlington glides in for a layup on Friday against Halifax County. 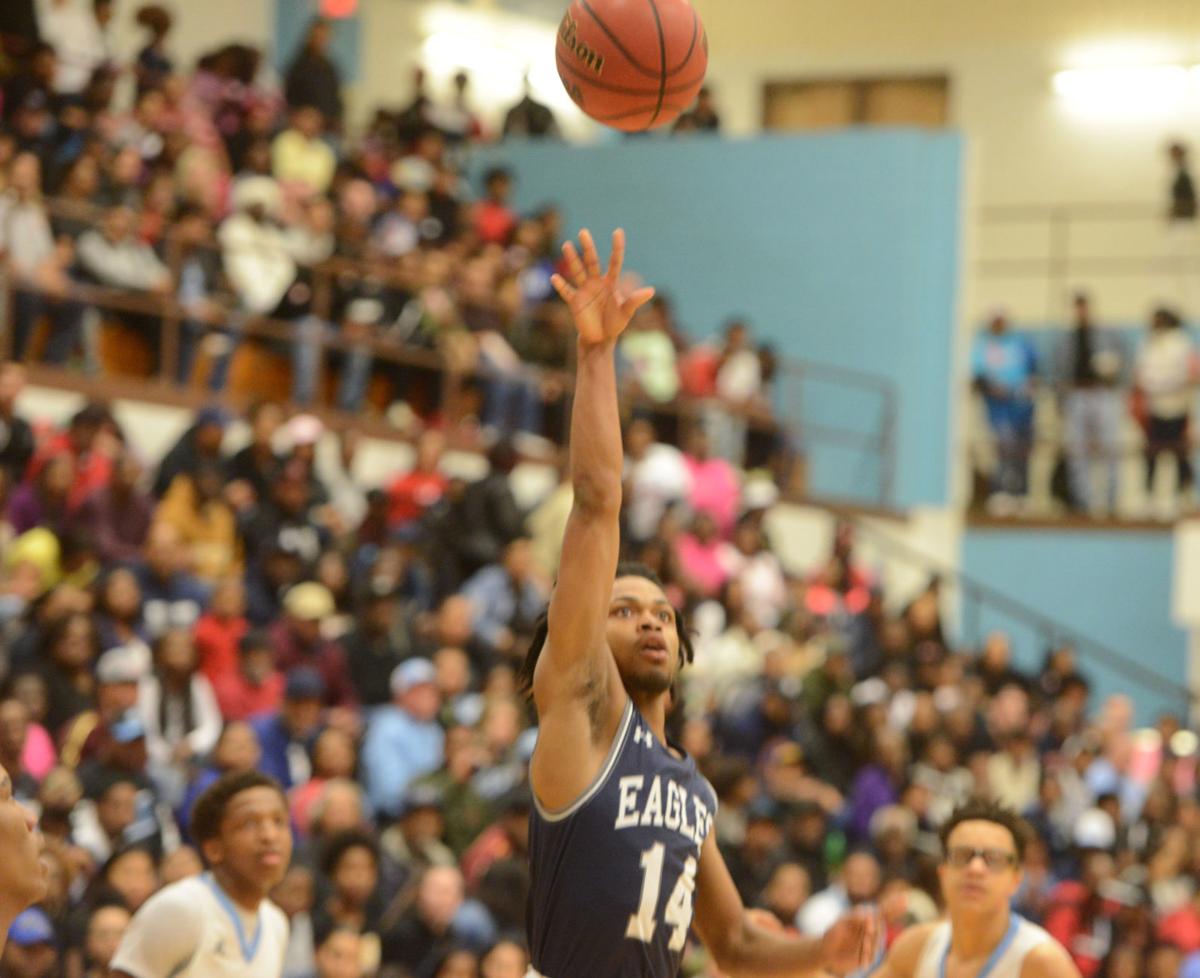 George Washington senior forward Shawn Watlington glides in for a layup on Friday against Halifax County.

SOUTH BOSTON — Justin Bethel finished with an acrobatic layup at the rim, the last of his 19 points — and the most surprising given his success shooting from the outside throughout the game.

The Comets proceeded to score seven points in the final half minute — a layup from Kevon Ferrell, a 3-pointer from Kameron Roberts and, finally, after a GW turnover at midcourt, a banked-in runner from Ferrell as time expired — to claim a 56-54 victory.

Bethel’s shot felt a like a lifetime ago. The win seemed within reach, and it was gone in less than a minute of game clock.

“It felt close, but I guess we fell off playing defense, we got too big-headed and felt we won the game already,” Bethel said. “They came down, scored every possession, that’s just how it goes.”

The loss sends GW on the road to start next week’s Class 4 state tournament. The Eagles will play Region C champion Loudoun County High School next Friday at Riverside High School in Leesburg.

“These guys’ heart and their fight tonight was phenomenal,” Eagles head coach Jermaine Parker said. “That’s the kind of group I love and I would love to take to the state tournament.”

Bethel hit a trio of 3-pointers in the second quarter — a small tease for what his night would look like. He sat out most of the third quarter before scoring or assisting on 14 of the team’s 17 points in the fourth quarter.

“He played a great role, and he had the hot hand,” Parker said.

Bethel hit two 3-pointers in the fourth quarter, along with two other field goals, and he assisted on layups by Shawn Watlington and Donavan Howard.

“Coach, he believed in me and had confidence in me,” Bethel said, “and I showed out and played my game tonight.”

The Comets looked to be in early control. GW trailed 15-6 after the first eight minutes — a small victory given the score had been 15-2 just moments before.

Watlington scored four points in the latter stages of the first quarter, giving the Eagles some stability heading into the second.

“I told the guys when it was 10-2 and I called timeout,” Parker said, “I said, ‘We’ve gotta fight through the quarter, fight through everything regardless of what’s being thrown at you,’ and they decided to do that.”

Roberts and Ferrell each scored 14 points to lead the Comets, who will play at Heritage High School next Friday against Region C runner-up Millbrook.

The Eagles will have a longer bus ride than they would have hoped. But Parker said that time will be used for bonding and remembering what the team is capable of.

Last season after losing in the region championship game to Jefferson Forest, the Eagles — albeit with a very different group — won twice and made it to Richmond for the state championship game.