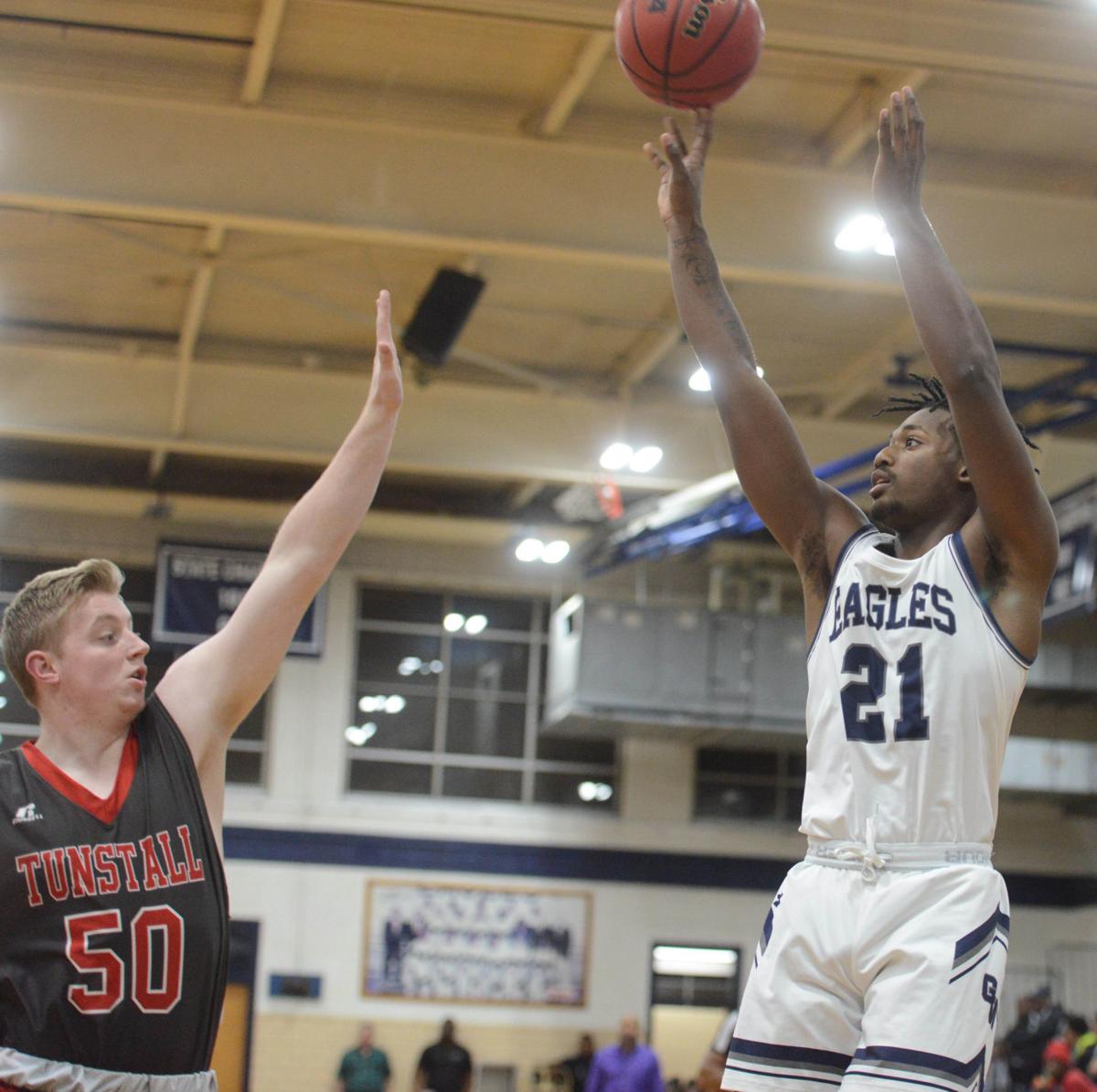 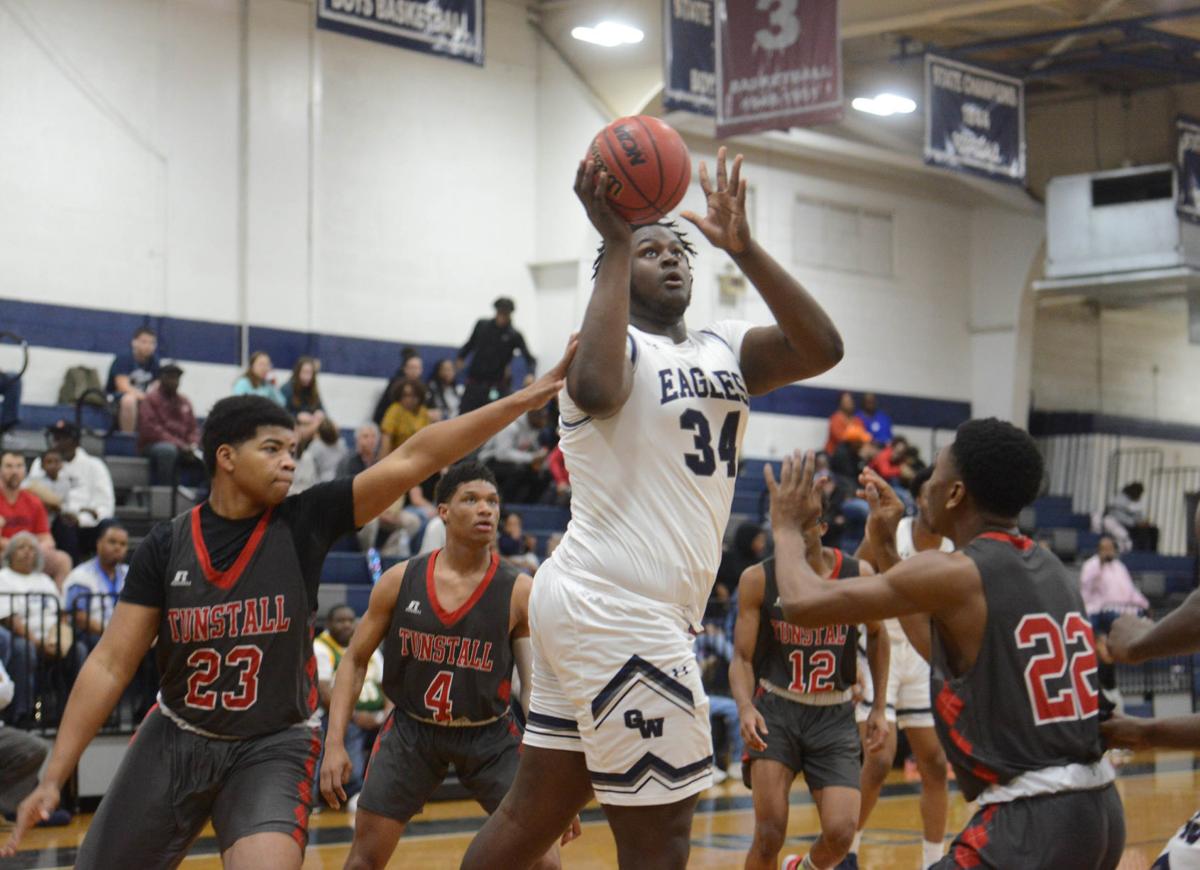 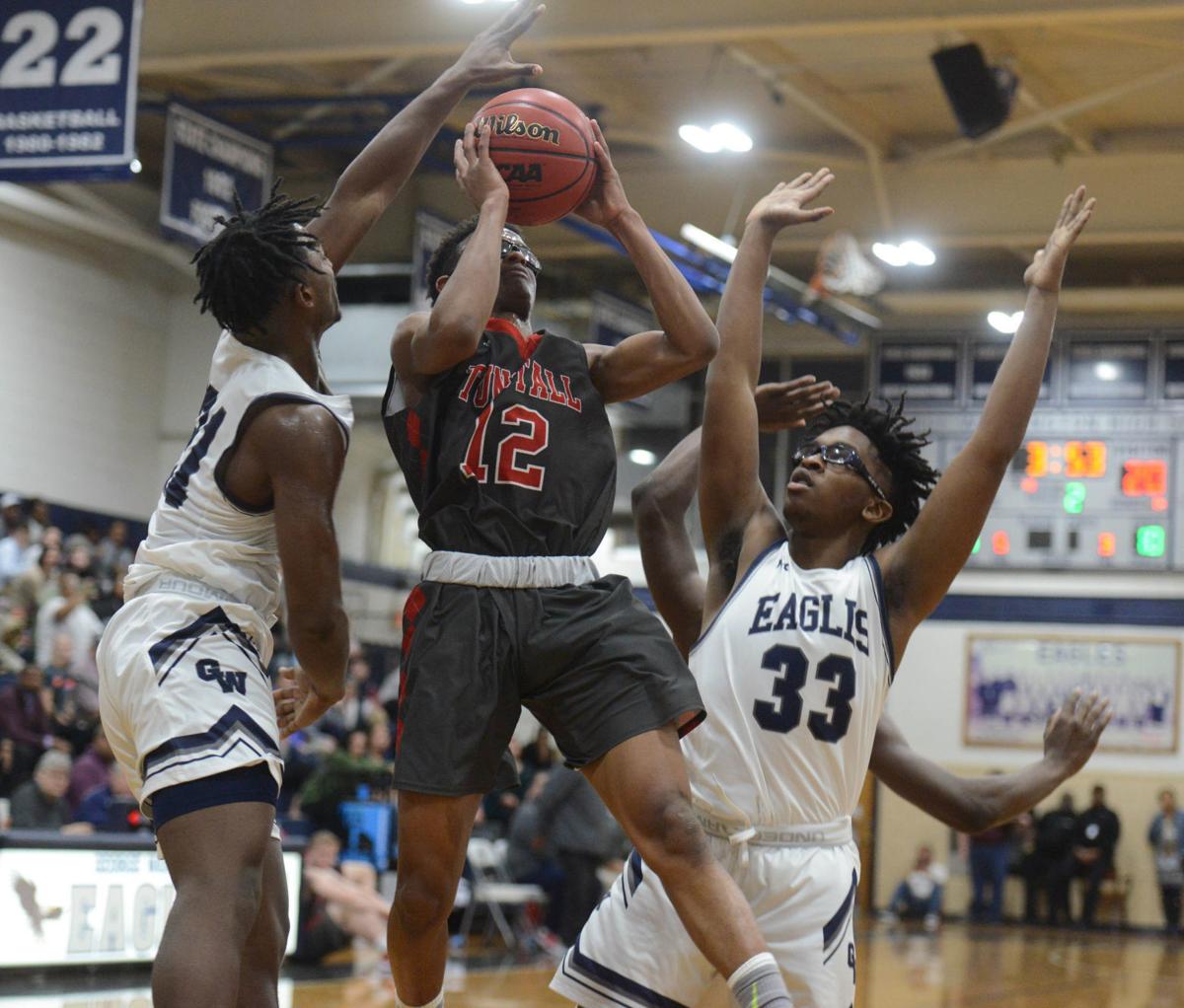 An important three-game week for George Washington High School’s boys basketball team started without a hitch Tuesday with an 89-66 home win against Tunstall.

The Eagles also host Bassett on Thursday before welcoming Martinsville to town Friday in a matchup between teams currently tied, along with Halifax County, atop the Piedmont District standings.

The Eagles (14-6, 8-2 Piedmont) added another win to their ledger Tuesday to sweep the season series with the Trojans. GW also beat Tunstall 62-40 in January.

During Tuesday’s meeting, Tunstall’s Jaylen Crews knocked down five 3- pointers en route to a game-high 25 points, but it wasn’t enough to keep up with the Eagles.

Tunstall dropped to 8-12 overall and 5-6 in the district — fourth place behind the muddled race at the top.

The Trojans had few answers for, among others, GW senior center Tyler McDuffie, who registered 11 points and numerous blocks, to say nothing of shots merely altered in the paint.

All 15 Eagles scored in the contest, an effort led by McDuffie and Kapone Barley (12 points).

The Trojans stayed afloat in the first half thanks to timely shots from Crews, D’dric Rogers and Jamison Graves.

Tunstall trailed by just four after the first quarter, at 18-14, but GW stretched its lead out to 16 in the second.

Tunstall’s shooting faded in the second half, though, as the Eagles flexed their depth.

In addition to Crews’ output, Graves scored 19 and Rogers had 12 to lead the Trojans.