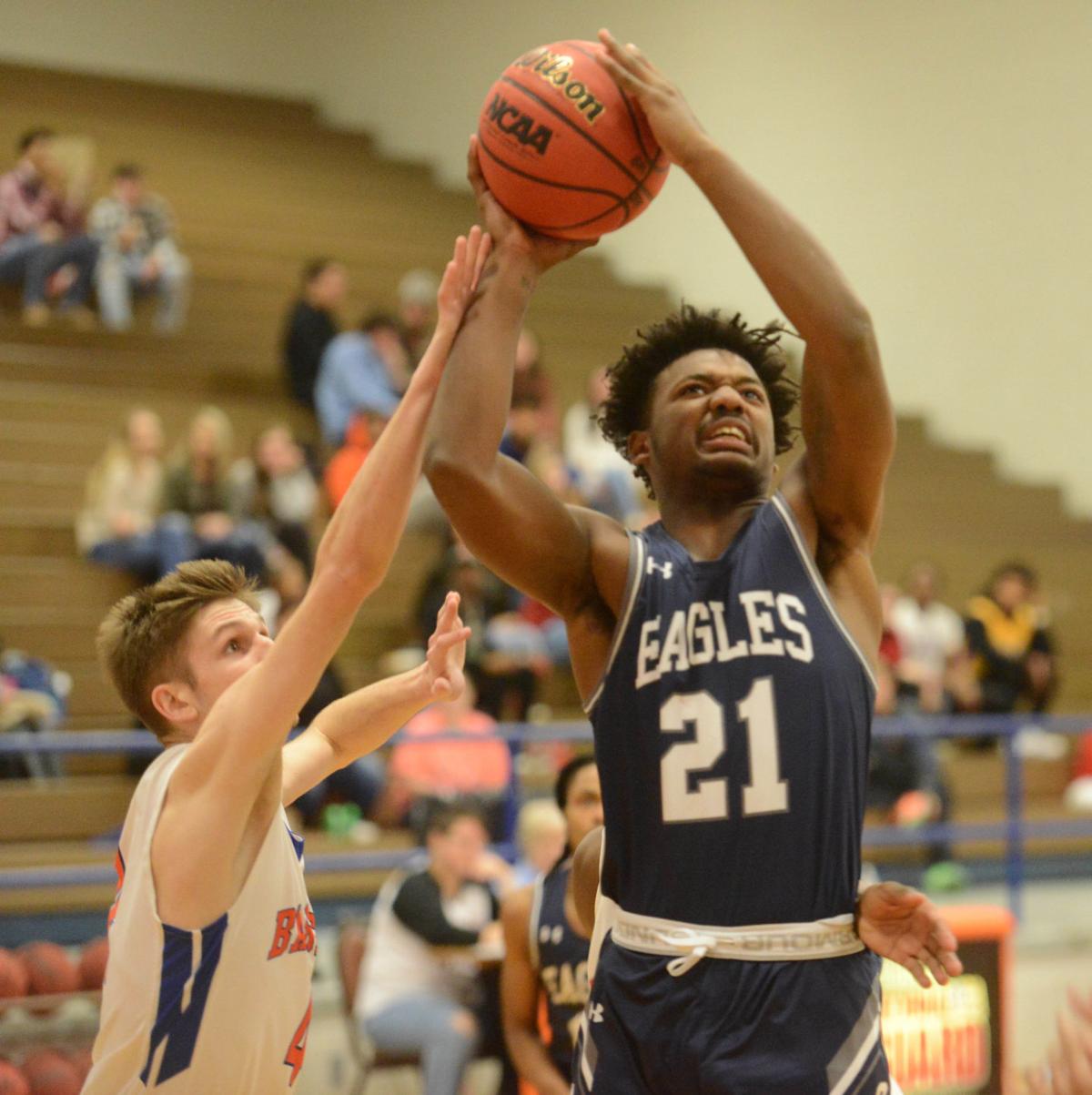 George Washington junior Sha'Kobe Hairston attempts a shot in the lane against Bassett on Monday. 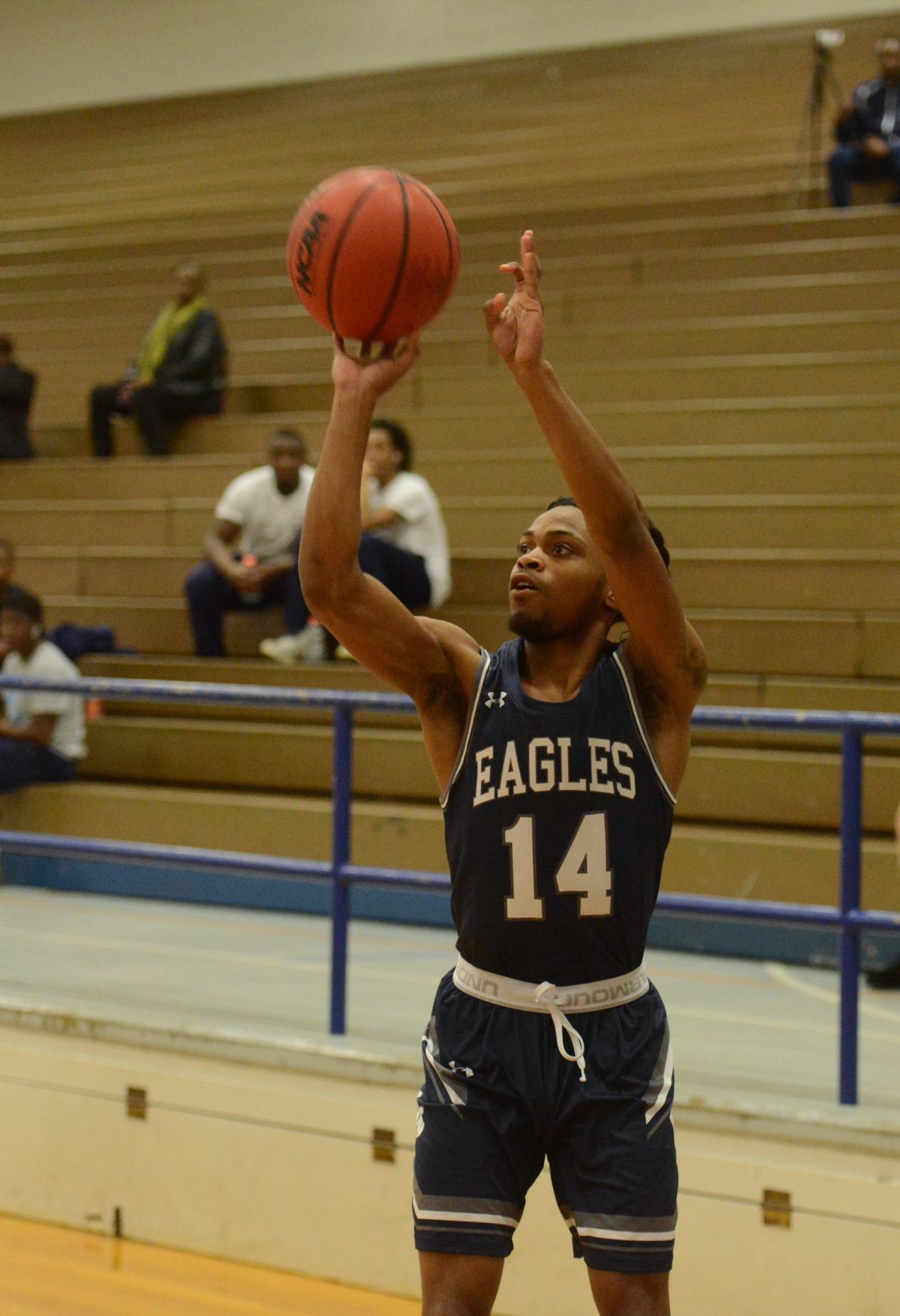 George Washington junior Sha'Kobe Hairston attempts a shot in the lane against Bassett on Monday.

BASSETT — The Bassett High School boys basketball team hung around with George Washington for most of Monday’s game, but the Eagles eventually pulled away in the fourth quarter for an 80-55 victory.

The game was tied 10-10 in the first quarter before GW’s 6-2 run to close the quarter game the Eagles a little cushion.

GW went ahead by 12 with a 10-2 run to open the second quarter, aided by a brief switch to a full-court press. The Eagles went into halftime ahead 35-27.

The Bengals got within four points in the third quarter, at 39-35, but GW’s Kapone Barley scored five points and Jakobe Dixon and Shawn Watlington each added four, making up a 13-4 run to end the third and take a 52-39 lead into the final quarter.

GW’s lead swelled to above 20 points in the fourth, putting away Bassett for good.

Eagles improved to 12-6 this season.

Barley led all players with 20 points, Jakobe Dixon followed with 15 and Donavan Howard had 13.

Dominic Gill and Darius Hairston each scored 11 for the Bengals, and Jayricous Hairston added 10.