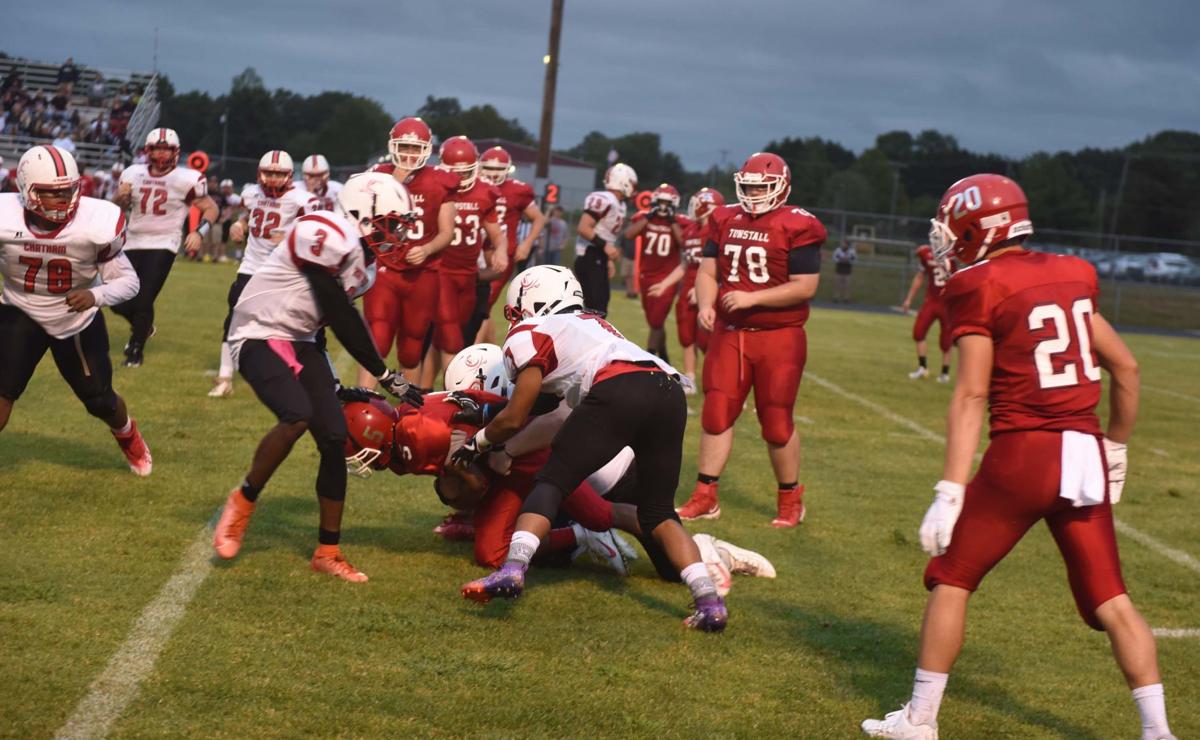 Tunstall's Donovan Dickerson (5) is tackled by a group of Chatham defenders Friday at Tunstall High School. 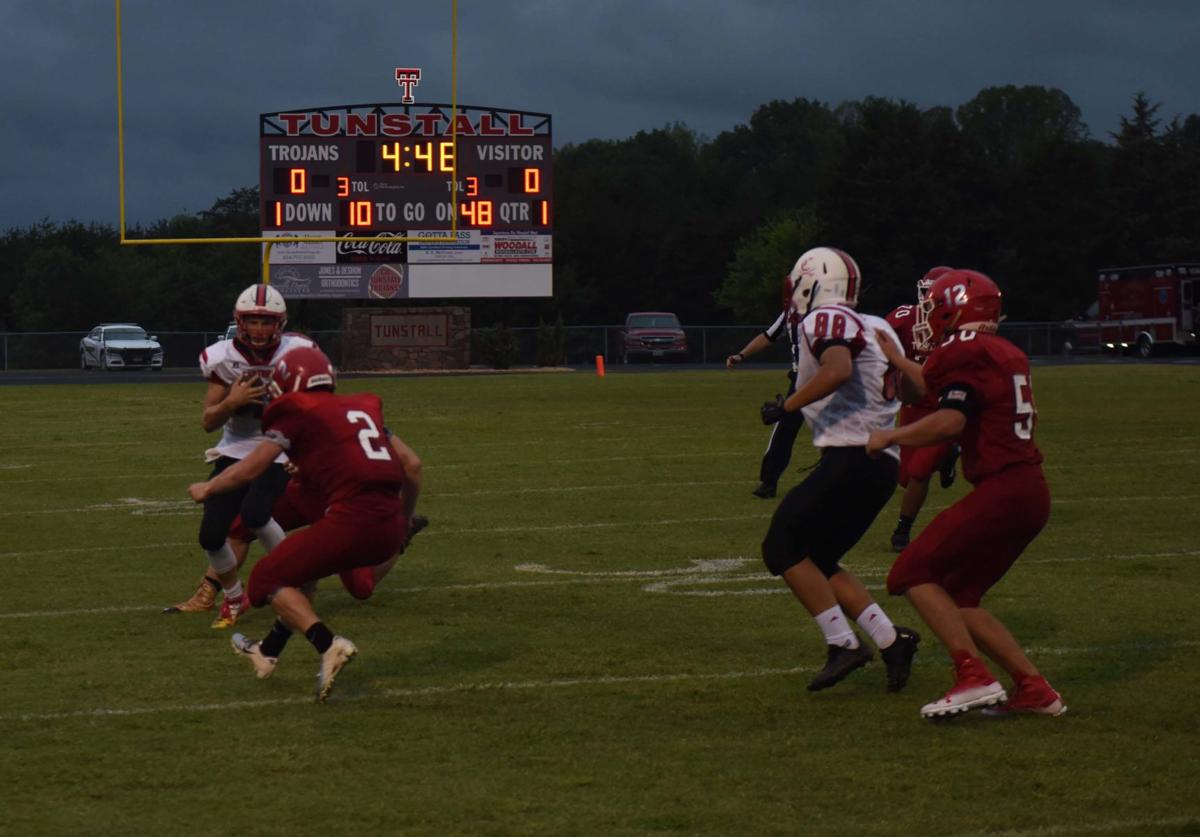 Tunstall's Donovan Dickerson (5) is tackled by a group of Chatham defenders Friday at Tunstall High School.

DRY FORK — In a game that once was devoid of offense, there was suddenly a surplus.

Chatham and Tunstall combined to score eight touchdowns in the second half Friday at Tunstall, turning a snoozer into a shootout.

Cavaliers running back Michael Gunnell’s third touchdown of the evening gave his team the lead for good, at 30-26 with the kick, with 1 minute, 18 seconds to play, capping a wild game and moving Chatham to 3-0 this season.

The fourth quarter alone saw four touchdowns in the final 8:09, starting with Tunstall’s Hunter Long scoring on an 8-yard rush to put the Trojans ahead 20-16.

Tunstall answered right away, scoring on a 60-yard pass from Dylan Burnett to Will Blackwell, his second long touchdown of the day after a 45-yarder in the third quarter.

Gunnell put the game to bed with a 12-yard scoring catch from Reynolds with 1:18 left. Tunstall made it into Cavaliers territory on their final drive but couldn’t reach the end zone.

The teams were not without scoring chances in the first half, but inopportune mistakes quelled any sense of momentum.

Tunstall twice reached the red zone in the opening quarter, but Burnett was picked off both times — once by Jacob Dalton and once by Kaleb Moore.

Tunstall also recorded an interception of Reynolds in the end zone first half, keeping the game scoreless.

Chatham’s Carlos Mendoza broke the deadlock with 18 seconds remaining in the second quarter by drilling a 40-yard field goal.

Gunnell scored on runs of 3 and 11 yards in the third quarter, putting his team ahead 9-0 and 16-13, respectively. The touchdown runs were sandwiched around a 34-yard pass from Burnett to Ethan Broyles and Blackwell’s 45-yarder, which bounced off the hands of a defensive back and perfectly into Blackwell’s — a precursor of sorts for the wildness the fourth quarter would provide.

Cotten reports for the Register & Bee.