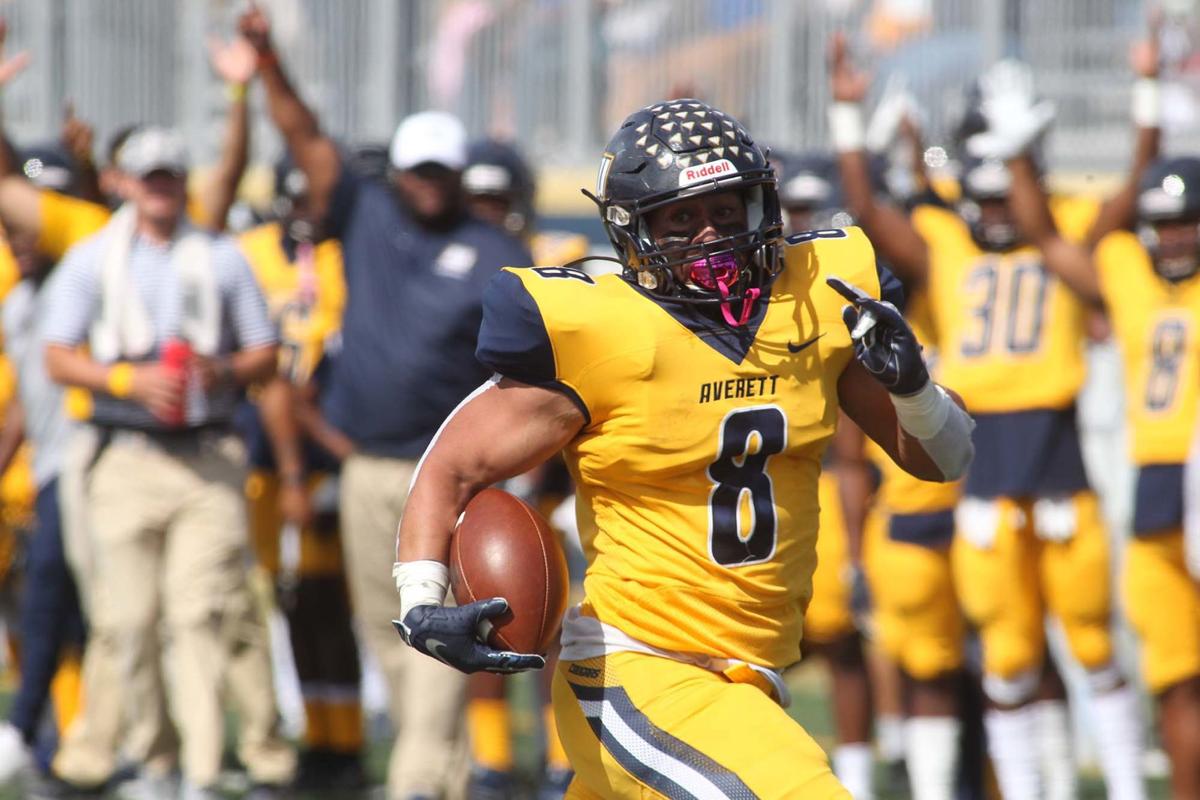 Averett senior running back Joshua Tapscott rushes for a touchdown in the first quarter of Saturday's 55-7 victory against LaGrange College at Campbell Stadium. 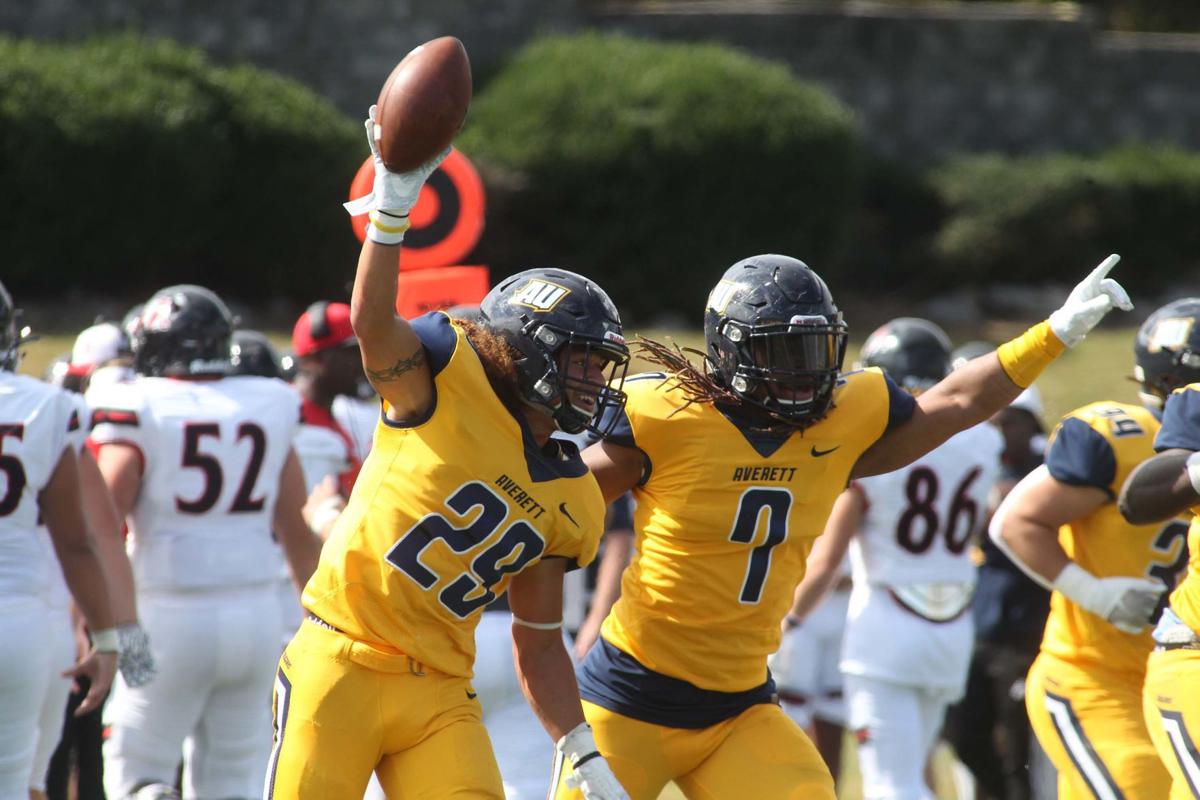 Averett senior running back Joshua Tapscott rushes for a touchdown in the first quarter of Saturday's 55-7 victory against LaGrange College at Campbell Stadium.

Averett’s senior running back, who missed most of last season with a fractured left shoulder, is finally having the college season he always thought he’d have.

After playing the first two years of his college career at Wyoming, Tapscott took two years off from football. He transferred to Averett in 2018 and broke his scapula against LaGrange College in the fifth week of the season.

On Saturday, about a year removed from that injury, Tapscott burned that same LaGrange defense for 61 rushing yards, 58 receiving yards and four total touchdowns in a resounding 55-7 victory at Campbell Stadium.

“It’s been a long time coming,” Tapscott said. “After taking two years off from football, just being able to come back and play under coach [Cleive] Adams … and be successful, it feels good.”

Though Tapscott has yet to surpass 100 rushing yards in a game during his career at either school, he has emerged as a prominent scoring threat for the Cougars (4-1, 2-0), who share a top spot in the USA South with North Carolina Wesleyan and Huntingdon.

“I like to think of myself as a weapon,” Tapscott said. “I’m not trying to be cocky, but that’s the way you should go into a game. You want to score every time you touch the ball.”

Tapscott managed most of the scoring against the Panthers (2-3, 0-2), but there were plenty of touchdowns to go around.

Wide receiver Jarrod Mosby hauled in two scores, Chase Nixon returned a blocked punt for a touchdown and senior running back Chris Francis reached the end zone for the first time in his career late in the game.

“As an offense, as [offensive coordinator Patrick Henry] says, we’ve got to be opportunistic, and everybody will get their chance to make big plays,” said Mosby, a sophomore.

Tapscott scored twice in the first quarter on runs of 35 yards and 1 yard, building a 13-0 lead.

“We knew that if we could isolate him in certain situations, he’s going to make plays,” said Adams, the head coach.

LaGrange’s only offense came in the second quarter, when the Panthers traversed 75 yards in eight plays for a touchdown, an 18-yard pass from Cam Perkins to Jeremiah Engram.

Mosby made his presence felt with a 75-yard catch-and-run a short time later, registering the eighth-longest passing play in school history. Quarterback Jacob Wright’s pass to Mosby also qualifies as the seventh-longest touchdown pass at Averett.

Mosby also caught a 32-yard score in the third quarter and finished his day with three catches for 107 yards.

In the final minute of the first half, Averett had a chance to extend the lead beyond 13 points at the break, but a Wright taunting penalty during a scramble for a first down pushed the Cougars out of range for a field goal.

Despite the miscue, Wright finished the day with a career-high 263 passing yards with three touchdowns.

With a 34-7 lead already in the third quarter, the Cougars piled on even more points thanks to its special teams unit. Isaiah Sharper, a freshman safety, tipped a Panthers punt attempt, and the ball was scooped up by Nixon, a sophomore receiver, and returned 26 yards for the score.

On the ensuing drive, junior cornerback Terrell England picked off Perkins in Cougars territory, snagging his second interception of the season.

The turnover set up Tapscott’s final touchdown, a 26-yard reception from Wright, and provided an exclamation point on what was a second consecutive dominant defensive effort.

One week after limiting Greensboro College to just nine yards of total offense, including minus-23 rushing, the Cougars held LaGrange to zero yards rushing and just two third-down conversions on 14 attempts.

“I feel like we’re the best unit in the conference,” England said of the team’s defense. “Our defensive coordinator has us flying to the football and not trying to let up any plays.”

Francis’ 8-yard run in the fourth provided the final margin and showed that there are playmakers at every level of this Averett offense.

The Cougars will need that offense to remain in top form as they welcome North Carolina Wesleyan to Campbell Stadium next Saturday.

“Going into conference play 2-0, it’s everything we’ve asked for,” Tapscott said. “We’ve just got to keep working, keep our heads down and be 1-0 next week.”