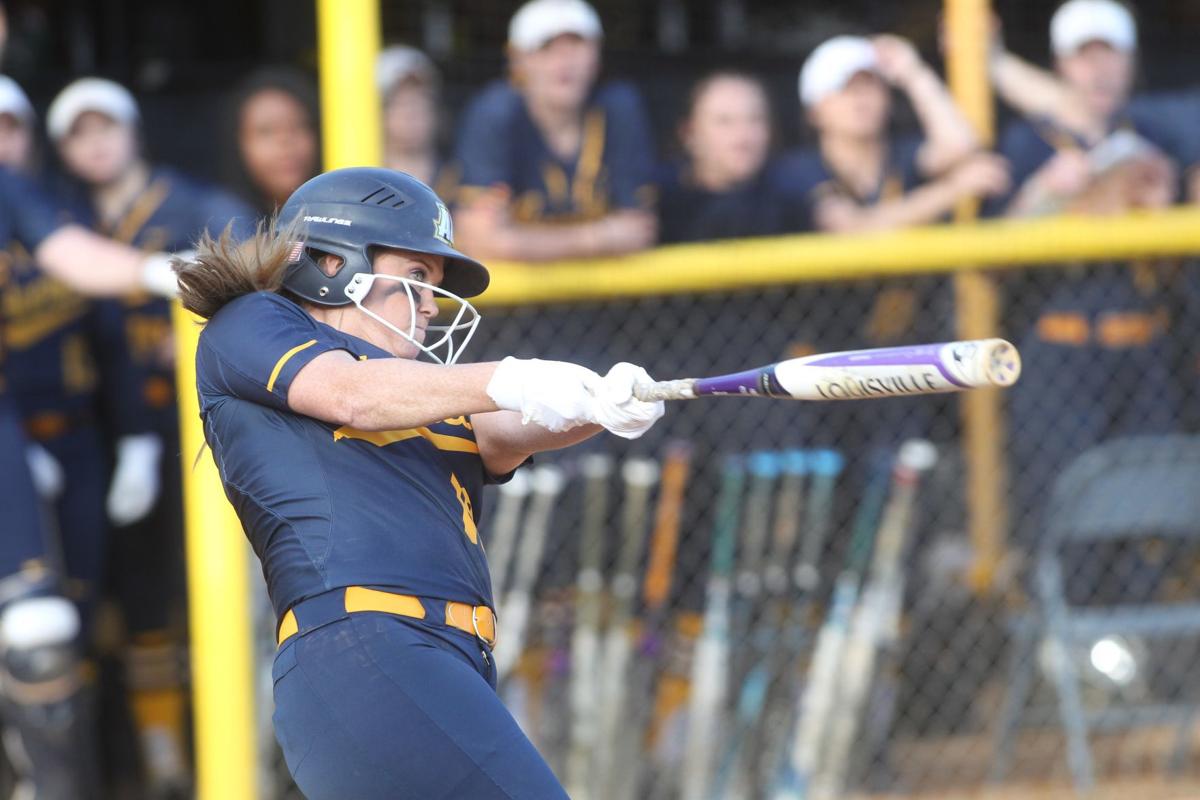 Senior Kaitlyn Aherron has been accepted to a doctorate program at Emory & Henry College, but she is now looking into a deferment so she can play one more year of softball at Averett. 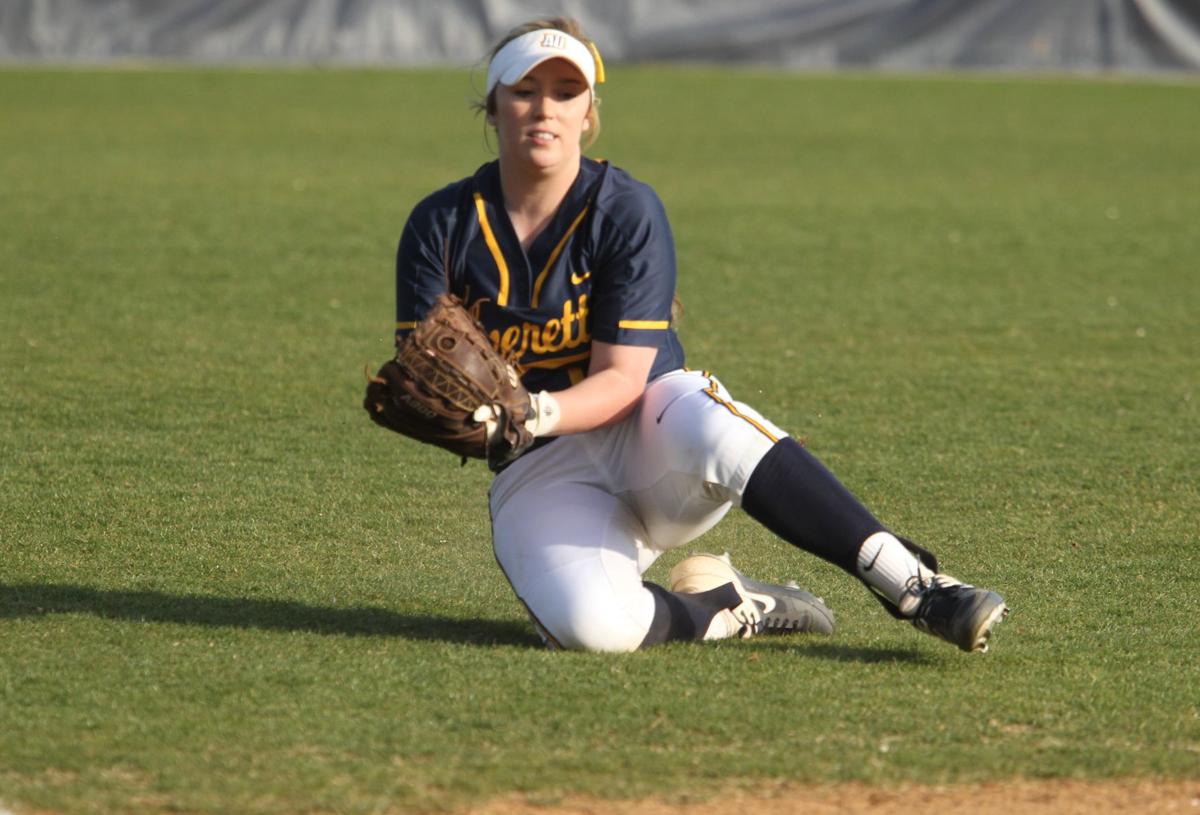 Senior Bri Harris had plans for graduate school in North Carolina after graduating from Averett this spring. Now she may opt to push those plans back.

Senior Kaitlyn Aherron has been accepted to a doctorate program at Emory & Henry College, but she is now looking into a deferment so she can play one more year of softball at Averett.

Senior Bri Harris had plans for graduate school in North Carolina after graduating from Averett this spring. Now she may opt to push those plans back.

Bri Harris, Kaitlyn Aherron and Casey Cook have played softball together since early in grade school. They continued their athletic careers at Dan River High School and, finally, at Averett University. They’re now all roommates in an off-campus house they share with sophomore Anna Coleman.

Their senior season, however, was disrupted and eventually canceled by the USA South Athletic Conference as a preventative measure to stop the spread of COVID-19. The Cougars were 10-2 at the time, leading the league’s East Division.

“It’s certainly unprecedented,” Averett head coach Steve Alcorn said of the announcement. “I’ve never heard of anything like this before.”

The decision came on the heels of many other collegiate conferences canceling all of their events, and the NCAA ultimately announced on March 13 the cancellation of all spring schedules and championship tournaments for the rest of the academic year.

The athletic careers for Harris, Aherron and Cook — to say nothing of the thousands of other senior spring student-athletes across the country—came to a swift and painful conclusion.

Later on that day, however, the NCAA offered a small glimmer of hope: the option of another year of eligibility — not just for seniors, but for all spring student-athletes who had their 2020 season taken away from them.

“I am definitely considering it because I would love to have another chance at our season,” Harris said. “We have a great group of girls with great chemistry, a ton of talent, and I’d love to be back out there with them.”

For the seniors, many post-graduation plans had already been put into motion, though — grad schools, jobs, moving and the like.

Returning for a real final season would mean postponing other life events.

Harris planned to move to North Carolina for a year to establish residency before entering a grad school program for clinical mental health counseling. Aherron and Cook were both accepted to the occupational therapy doctorate program at Emory & Henry College and are now looking into deferments to see if they could enroll one year later.

“We’re not sure of everything yet, but if that is a possibility, we hope to be able to come back,” Aherron said, “but if it isn’t, that would be a situation that we couldn’t pass by.”

Averett’s other seniors — Taylor Bailey, Dani Kahn, Mallory Griffiths, Breanna Murphy and Nicole Cauthen — are all presented with a similar option but may also have to delay plans of their own.

Murphy was also accepted to a graduate program, and Griffiths will join the military, though not until summer 2021.

The seniors seem to be in agreement that they would all like to return if they can make changes to their immediate post-grad plans.

“The group we had, the eight seniors and the rest of the team, we just all had the best culture that we could possibly have on any team, and it was just great playing with all of them,” Aherron said. “It would be great to play a year again with them.”

Coming back would not be without certain hurdles, though.

As seniors, they are on track to complete their degrees this spring. Some seniors may choose to start a master’s program at Averett and take classes toward that degree. But for those who have been accepted to graduate programs elsewhere, any credits earned while enrolled next year would be almost meaningless.

“We’d be paying for a whole other year just to play softball,” Aherron said. “It would be a financial burden to take classes that we don’t need, but it’s just something so special about finishing out your sport that I don’t think we’d want to pass up.”

The seniors hope to find clarity on the issue in the coming weeks. In the meantime, they have transitioned to online learning and have had to teach themselves much of the material without a professor immediately available, though Harris said many of her instructors have been very communicative through email.

In their heaps of free time now, they are all trying to stay active. On a recent trip to visit her boyfriend in Charlotte, Harris said they played tennis, basketball, volleyball, softball and football outside to get some fresh air. Aherron said she and her other roommates have found a local batting cage to use when they are not throwing a softball around in their yard.

Through it all, a decision regarding their future still looms.

“I was definitely relieved to have the option [to return],” Harris said. “It kind of makes it a little more difficult because obviously all of us want to come back. We just have to figure out if it’s feasible.”