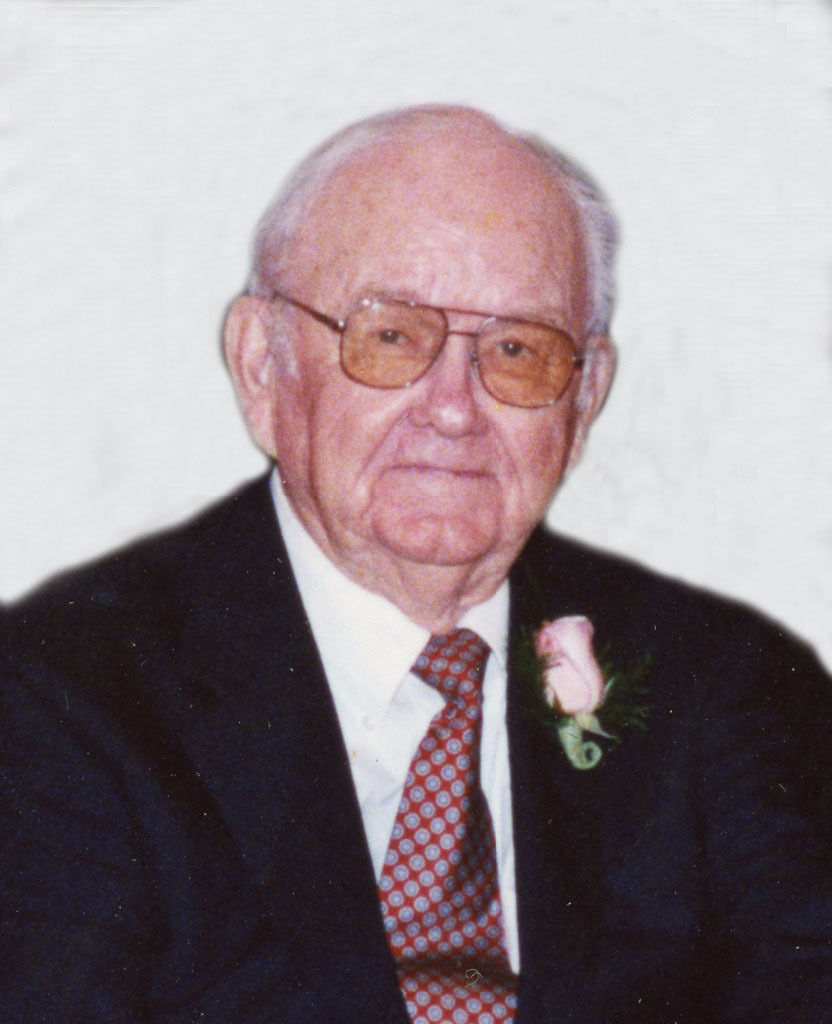 Lewis Conrad Smith, Sr., 97, of 164 Parkway Dr., Danville, Va., died on Wednesday, May 13, 2020, at Roman Eagle Rehab and Health Care Center, after a decline in health for the past few years. Mr. Smith was born on December 23, 1922, in State Road, North Carolina, to the late John Sherman Smith and the late Minnie Bell Davis Smith. He lived most of his life in the Danville area where he worked for the Post Office until his retirement. He was a member of Woodlawn Baptist Church. Mr. Smith proudly served his country in the United States Army during World War II. He was a Sergeant in the First Division, known as the "Big Red One", and took part in the D-Day Invasion at Omaha Beach. For his outstanding service he received two Purple Hearts, two Bronze Stars, a Heart Cluster, and a Combat Infantry Medal. In his spare time, he was an avid golfer and coached Little League Baseball. On December 22, 1951, he married Lorraine Rumley Smith, who survives of the residence. In addition to his wife, he is survived by a son, Lewis C. "Buddy" Smith Jr. (Sheila); a daughter, Vickie Smith Blair; two grandsons, Conrad Smith, III. and Stuart Smith; and two great-grandchildren; Logan Smith and Brianna Smith. In addition to his parents, he was predeceased by a granddaughter, Jennifer Lynn Blair; a great grandson, Parker Smith; a brother, Arnie Smith; and a sister, Erma Burks. The family is aware that there are many people who would like to attend Mr. Smith's funeral, however, due to the constraints of public gatherings during the COVID-19 outbreak, there will be a private graveside held at Danville Memorial Gardens. The family encourages you to leave your memories and condolences online at www.wrenn-yeatts.com. Wrenn-Yeatts Westover Chapel is respectfully serving the Smith family.

To plant a tree in memory of Lewis Smith, Sr. as a living tribute, please visit Tribute Store.
+2
Plant a tree
+2
+2