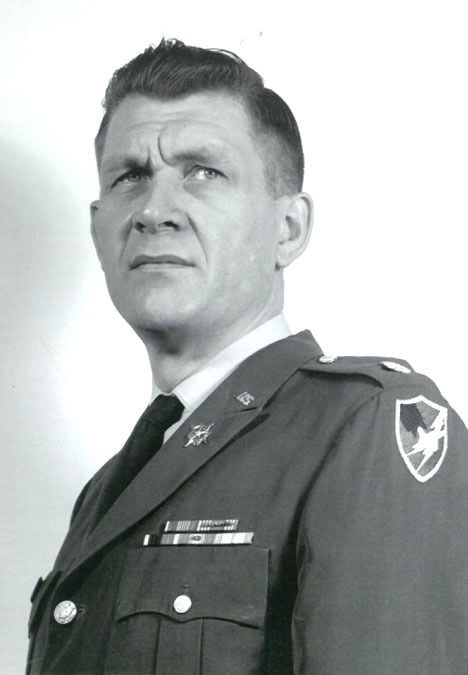 Major Carl Robert Shaw, U.S. Army, Ret., 90, loving husband and father, passed away Tuesday, July 16, 2019, in Danville, Va. Carl was born in Deandale, Ohio to the late Carl L. and Louise Shaw. Carl married his high school sweetheart, Helen Vudrogovic, and together they traveled the world during his Army career; their three children born where they were stationed. He is preceded in death by his devoted and loving wife of 65 years, Helen. Carl was a man of many varied interests-his mind always on to his next project. He was a Mason, he enjoyed politics, fishing, woodworking, construction, gardening, baking, Jim Beam, football and grilling good steaks. He very much enjoyed planning big family dinners and for sure a good prime rib. Carl was very focused on computers and technology-always trying to be informed on the latest changes. If a cat has nine lives, so did Carl, and he used everyone of them. He had a tremendous will to survive and a strong constitution that helped him through many difficult health issues-up to the last minute. For as long as possible, Carl remained in his beloved recliner at home, thanks to the love and devotion of his family and caregivers Linda and Sandra. Carl is survived by his three children and their spouses, Vicki (Mac) McKinney, of Danville, Va., Deborah Mary (Giulio) Callari of Fort Lauderdale, Fla., and Carl Robert Shaw Jr. (Janet) of Herndon, Va.; four grandchildren, Robert (Jamie), Eric (Jennifer), Kathryn (Nathan) and Margaret; two great-grandchildren, Katelyn and Alan; four sisters, Martha, JoAnn, Ruth, Carolyn (Bill); sister-in-law, Gloria Jean; brother-in-law, Robert; and many much loved nieces and nephews. He was preceded in death by his brother, Jim. The family will receive friends Saturday, July 20, 2019, from 10 to 11:15 a.m. at Norris Funeral Services, Inc., Mt. Hermon Chapel and at other times at residence of Mr. Shaw's daughter, Vicki. A funeral will be held Saturday, July 20, 2019, at 11:30 a.m. at Norris Funeral Services, Inc., Mt. Hermon Chapel with Pastor Corey Young officiating. Interment will follow at Highland Burial Park. Norris Funeral Services, Inc. & Crematory, Mt. Hermon Chapel, 3995 Franklin Tpke., Danville, Va. is respectfully serving the Shaw family. Online condolences may be made at www.norrisfuneral.com.

To plant a tree in memory of Carl Shaw as a living tribute, please visit Tribute Store.
+2
+2
+2