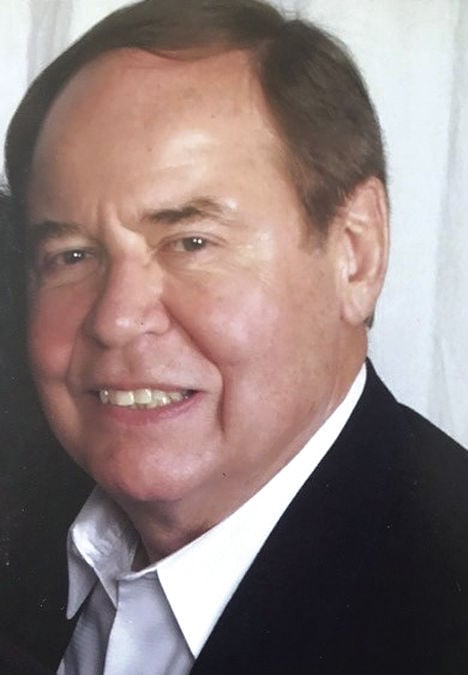 Warren Lee Pettis, 76, of Danville, Va., passed away unexpectedly on Saturday, September 7, 2019. Warren was born in Mankato, Minn., the precious son of George Adna Pettis and Dolores Louise Schlossin Pettis. He was happily married 56 years to Margaret Jean David Pettis. He is beloved by his daughter, Kimberly Jo Pettis Procaccino; son-in-law, Angelo; granddaughter, Mia Nicole; son, Rory Warren Pettis; daughter-in-law, Erin; grandson, Colin Michael; brother, Lynn Pettis and wife, Linda, of Owatonna, Minn., and three nephews. Warren was a graduate of Southern School of Agriculture class of 1961, and he dutifully served in the Army Reserves. He was operations manager of JC Penny Company for 46 years and mall manager for Simon, Zamias, and General Growth. Upon retirement, Warren volunteered at God's Storehouse and loved dancing with his wife at the local COA. Warren also enjoyed traveling with family, tending to his yard, which he took great pride in, and playing a good hand of cards. A memorial service will be held at The Baptist Tabernacle on Thursday, September 12, 2019, at 6 p.m. The visitation will be held from 5 until 6 p.m. on the same day. In lieu of flowers, donations may be made to The Tabernacle, 1978 South Boston Road, Danville, VA 24540. Norris Funeral Services, Inc. & Crematory, Mt. Hermon Chapel, 3995 Franklin Tpke., Danville, Va. is respectfully serving the Pettis family. Online condolences may be made at www.norrisfuneral.com.

To plant a tree in memory of Warren Pettis as a living tribute, please visit Tribute Store.
+1
+1