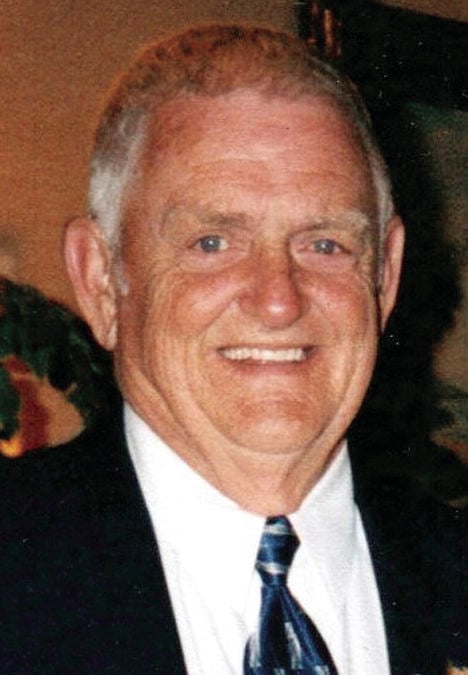 James F. Hunt of Danville, Virginia, passed away on February 11, 2020, at the age of 81. He was born on October 11, 1938, to the late Bertie Hudgins and the late James Mott Hunt in Pittsylvania County. He is survived by his wife Alease "Pug" Hunt. James enjoyed camping and baseball and was a member of Old Mill Primitive Baptist Church, as well as a part of the American Legion Post #325. He worked for the Virginia Sheriff's Department for 20 years, served in the United States Navy for 20 years and served during Vietnam. In addition to his wife, James is survived by his daughters, Janet Holcomb of Greensboro, North Carolina, and Lori Barber (Jeff) of Danville, Virginia; his sons, Randy Hunt of Raleigh, North Carolina, and Jim Hunt (Vickie) of Moyock, North Carolina; his brother, the Reverend W. L. Wade (Myrtice), three grandchildren, and three great-grandchildren. A funeral service will be held at 2 p.m. on Friday, February 14, 2020, at Mt Herman Baptist Church with Elder Jamie Hancock officiating. A visitation will be held at the same location from 12:30 until 1:45 p.m. Interment to follow at Highland Burial Park. In lieu of flowers, the family requests that memorial donations be made to Old Mill Primitive Baptist Church, 12401 Kentuck Rd., Danville, VA 24540. Norris Funeral Services, Inc. & Crematory, Mt. Hermon Chapel, 3995 Franklin Tpke., Danville, Va. is respectfully serving the Hunt family. Online condolences may be made at www.norrisfuneral.com.

To plant a tree in memory of James Hunt as a living tribute, please visit Tribute Store.
+1
+1