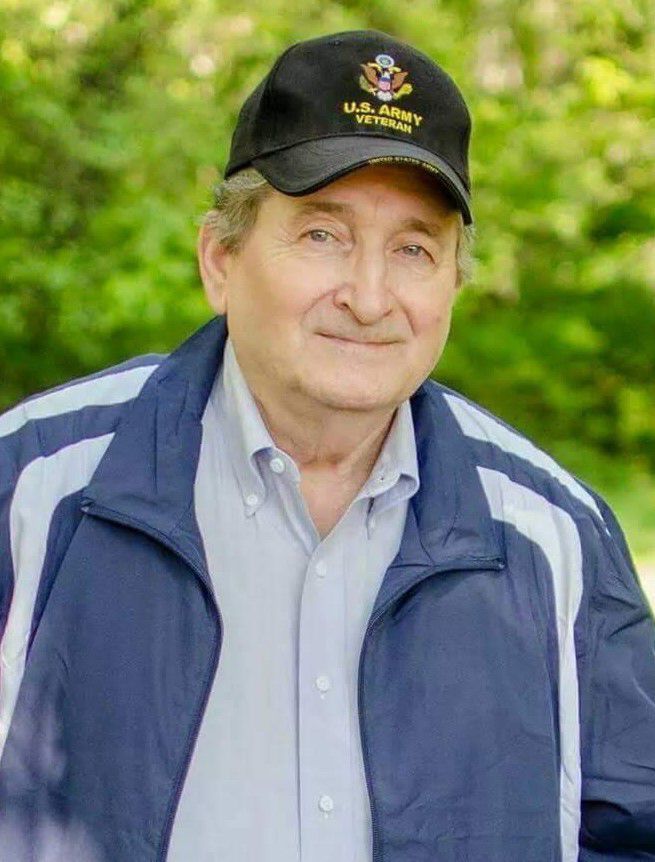 William (Billy) Johnson Davidson, age 85, passed on to our Heavenly father on Thursday May 14, 2020, after several months of declining health. Born on October 16, 1934, in Pittsylvania County. He was the son of the late Gordon W. Davidson Sr. and Berta Rigney Davidson. He was a veteran of the United States Army, having served from 1953 to 1961. He worked in the maintenance department for the Goodyear Tire and Rubber Company (Danville plant) until his retirement in 1996. He was a very kindhearted and selfless person who always put others before himself. He had a deep love for his family, especially his children and grandchildren. He will be terribly missed by all who knew him. He is survived by two sons Todd Davidson (Shelly) of Dry Fork, Va., and Kevin Davidson (Christy) of Danville, Va.; his daughter, Jill Davidson Hill (Chad) of Danville, Va.; a brother, Bobby Davidson (Nancy); and sister Glenda Watson; six grandchildren, Christopher Davidson, Logan Hill, Brendan Davidson, Aiden Davidson, Amber Myers. In addition to his parents, he was predeceased by a son, William Christopher Davidson; brothers, Gordon W. Davidson Jr, Jimmy Davidson, and sister Marie Midkiff. The family would like to offer a special thank you to Commonwealth Hospice and staff for their care. The family will receive friends at the home of Todd Davidson on Sunday, May 17, 2020, from 4 until 5:30PM. In lieu of flowers, the family asks that donations be made to the Danville Cancer Association (223 Riverview Dr, #J, Danville, VA 24541). Norris Funeral Services, Inc. & Crematory, Mt. Hermon Chapel, 3995 Franklin Tpke., Danville, Va. is respectfully serving the Davidson family. Online condolences may be made at www.norrisfuneral.com. Due to recent events, and in compliance with the government mandate, we must limit the number of visitors and service attendants to 10 people at this time. If you would like to stop by and pay your respects to the family, you are still welcome to do so.