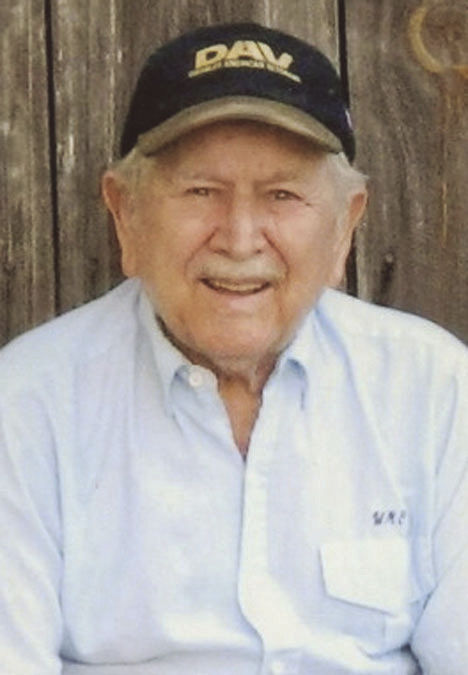 Wallace Milam Compton, 91, of Danville, died on Wednesday, January 29, 2020, at Roman Eagle after a three-year decline in health. He was born on July 22, 1928, in Pittsylvania County, a son of Richard Lacy Compton Sr. and Mae Elizabeth Milam Compton. Mr. Compton was a lifelong resident of the area and was a member of Kentuck Baptist Church. He was a graduate of Dan River High School where he lettered in baseball and basketball. He was a disabled veteran due to his service in the Army during the Korean War and was a long time member of American Legion Post 325 and Post 1097 and the Disabled American Veterans. Mr. Compton travelled the world as a wholesale buyer for Dibrell Brothers Tobacco Company, including a year in India and several years in Brazil. In the off-season, he worked a variety of jobs and enjoyed raising horses and donkeys on his farm. He was always ready for a horseback ride or a trail ride with his friends until his health failed. Survivors in addition to his wife, Jean Kayrell Compton; include a daughter, Teresa Ann Compton; a brother, Leon D. Compton (Nancy), and a number of nieces, nephews, great nieces and great nephews. In addition to his parents, he was preceded in death by a brother, R. Lacy Compton and two sisters, Rebekah C. Lindsey and Infant Baby Girl Compton. Funeral services will be conducted Saturday, February 1, 2020, at 11 a.m. from Kentuck Baptist Church by the Reverend Allen Mahan. Military honors will be presented by the Army National Guard and the American Legion Post 1097. Interment will be private. The family will receive friends following the service. The family suggests in lieu of flowers, donations be made to the Kentuck Baptist Church - Building Fund. Wrenn-Yeatts North Main Chapel is serving the Compton family.

To plant a tree in memory of Wallace Compton as a living tribute, please visit Tribute Store.
+2
+2
+2