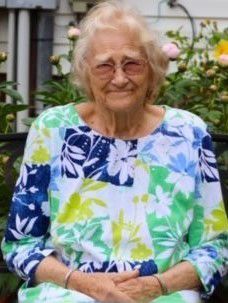 PELHAM, N.C. Geraldine Gibson Clay, age 84, of Pelham, N.C., went to be with the Lord on Saturday, May 9, 2020, at her residence. She was born on May 29, 1935, in Pittsylvania County, the daughter of the late Lonnie Gibson and the late Nellie Mahan Gibson. She was a member of Greenpond Baptist Church. She was predeceased by two husbands, Junior T. Clay and later Earl Clay. Her life was surrounded by a lot of children, many were foster children. She enjoyed caring and spending time with her family, going shopping and eating out. She is survived by her son, Jerry (Barbara) Clay of Chatham; her daughter, Nellie (Billy) Bean of Pelham, N.C.; three grandchildren and five great-grandchildren; two brothers, Ray Gibson and Elbert Gibson, both of Chatham; and numerous nieces and nephews. In addition to her parents, she was preceded in death by three brothers, Randy Gibson, Percy Gibson, and Dewey Gibson; and four sisters, Pearl Hedrcik, Vergie Prather, Barbara Jones, and Nell Dillard. The family will hold a private graveside memorial service. Scott Funeral Home & Cremation Services in Chatham is serving the Clay family. scottfuneralhomechatham.com.

To plant a tree in memory of Geraldine Clay as a living tribute, please visit Tribute Store.
+1
Plant a tree
+1