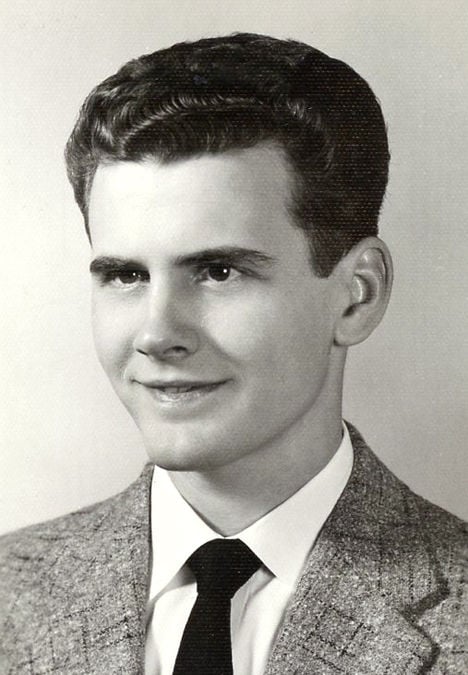 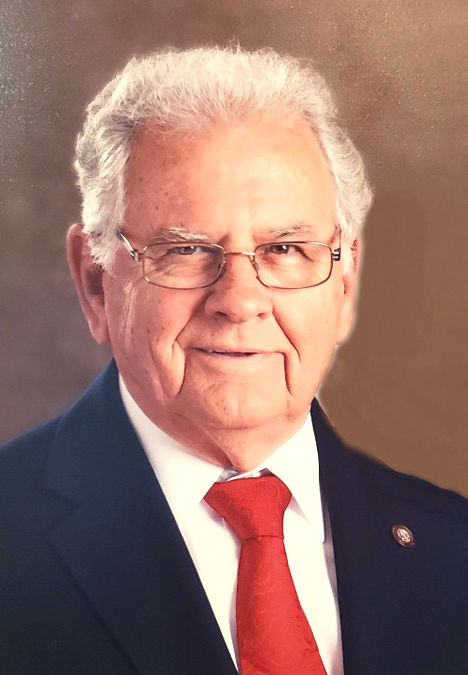 Dr. Douglas Duane Burnett Sr., 81, of 372 Autumn Lane Danville, departed this life on Sunday, December 8, 2019 at his residence following a valiant battle with Parkinson's Disease, a long journey since 2011. Born November 18, 1938, he was the son of the late Asa D. Burnett and Carolyn Hanks Burnett. He grew up in the Westover Hills community. He graduated from Brosville High School, Virginia Polytechnic Institute, and the Medical College of Virginia, where he earned his Doctor of Dental Surgery degree. He practiced dentistry for 41 years, and he took pride in providing excellent care for his patients. He was very appreciative of his patients, and also of his office staff. Dr. Burnett is survived by his wife of 56 years, Joyce Bailey Burnett; and three children, Sherri Burnett Derflinger and husband, the Rev. Michael Derflinger, of Gloucester Point, Douglas D. Burnett Jr. and wife, Kim Turner Burnett of Midlothian, and Susan Nell Burnett of Lynchburg. Also surviving are five grandchildren, James M. Derflinger II, Jeremy B. Derflinger, Julia S. Derflinger, Asa Ryan Burnett, and Eric A. Burnett. Other survivors include two sisters, Carolyn Burnett Herndon and husband, Raymond W. Herndon, of Brosville, and Bonnie Burnett Law and husband, Kermit L. Law, of Kernersville, N.C.; two nieces; three nephews; four great-nieces; three great-nephews; and his beloved dog, Sophie. In addition to his parents, Dr. Burnett was predeceased by his brother, David M. Burnett; his sister-in-law, Sue A. Burnett; and a great-niece, Caroline A. Lewis. He served as a member of the Virginia National Guard from 1955-1963 and earned an honorable discharge. Dr. Burnett held various jobs while he was working his way through school. He taught biology and chemistry at Spring Garden High School, and taught a summer session at George Washington High School. He worked in Dan River Mills between semesters, worked in a Danville shoe store, measured tobacco acreage during summers, and worked as a nurse in a clinic at MCV. Active in dental professional organizations, he held membership in Rockingham County, Virginia Dental Society for two years, the Danville-Pittsylvania County Dental Society, the Virginia Dental Association, and the American Dental Association. He served as president for the local association and president of Component V of the state association. On the state level, he was a liaison dentist, a member of the Professional and Ethics Committee, and was a Fellow of the Virginia Dental Association. In 1991 he became a Fellow of the Pierie Fauchard Academy, an international honor society. Locally, he served on the Committee for the Dental Hygiene School Proposal and Implementation at Danville Community College. Dr. Burnett was involved in various civic activities. Some of those were member of the board of directors for Sutherlin Academy, a boy scout leader, an assistant coach for Danville Little League, a member of the Special Projects Committee for the Band Boosters Club at Tunstall High School, and chairman of the Westover Hills Community Center Board. He served on the Pittsylvania County School Board from 1971-1979, specifically as vice-chairman, member of the Superintendent Selection Committee, member, Vocational School Planning and Architectural Committee, the Land Acquisition Committee, the Committee for Budgeting and Implementing the county gifted program, was a representative to the National School Board Association, and was president of the Southern Region of the Virginia School Board Association. Being interested in education, he also served on the Danville City School System Advisory Committee for the Vocational School Health Aid Department. As a member of Fairview United Methodist Church, Dr. Burnett served in many capacities. He taught an adult Sunday school class, was President of the Friendship Class, and worked on numerous committees. He was also chairman of the Administrative Board, chairman of the Staff-Parish Relations Committee, and chairman of the Council on Ministries. He particularly enjoyed being a member of the Long-Range Planning Committee. A hobby that he loved was playing his guitar and supporting various senior citizen groups by helping to provide country and western musical entertainment. His idols were Marty Robbins and Gene Autry. Somehow, he still had time to spend with his family by supporting their interests and being present for all holidays, special occasions, and vacations. He spent quality time with his children, grandchildren, and extended family. After retirement he and his wife were able to make two cross-county trips and a 30 day trip to Alaska. Heartfelt thanks are extended to so many for their prayers and support throughout this journey, our church family, especially the Friendship class, Dean's Care Service, who provided sitters Eboni Lampkins, Dean Pannell, Tamara Pannell, Sharonda Swanson, Lavonna Wade, and Brandi Waters. Also, much appreciation is extended to Mountain Valley Hospice and Home Nursing, neighbors in Fox Hollow, especially those on Autumn Lane, and extended family, particularly Dan Bailey, who helped us for the duration. While flowers or any remembrances re appreciated, the family respectfully suggests that memorials may be made to The Friendship Class, Fairview United Methodist Church, 1013 Westover Drive, Danville, VA 24541 or Mountain Valley Hospice and Home Nursing, 730 East Church Street, Suite 13, Martinsville, VA 24112. Funeral services will be held on Friday, December 13, 2019 at 2 p.m. at Fairview United Methodist Church conducted by the Rev. Jennifer Coffey and the Rev. Michael Derflinger. Interment will follow in Danville Memorial Gardens. The family will receive friends on Thursday evening from 6 until 8 p.m. at the Church and at the residence at other times. Online condolences at www.wrenn-yeatts.com. Wrenn-Yeatts Westover Chapel is serving the Burnett family.

To plant a tree in memory of Douglas Burnett as a living tribute, please visit Tribute Store.
+2
+2
+2