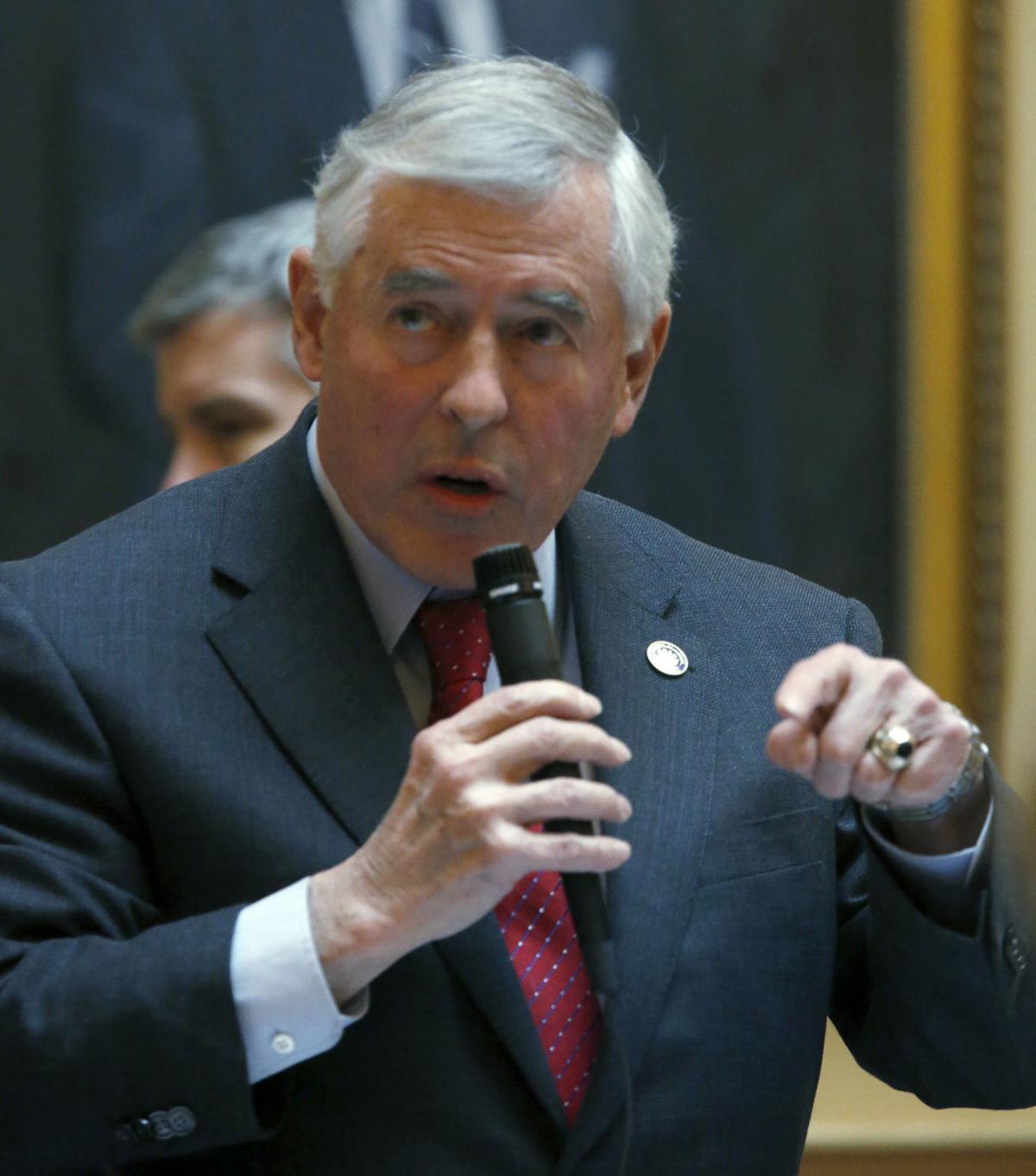 Sen. John Edwards, D-Roanoke, speaks during the floor session of the Virginia Senate on Feb. 1. 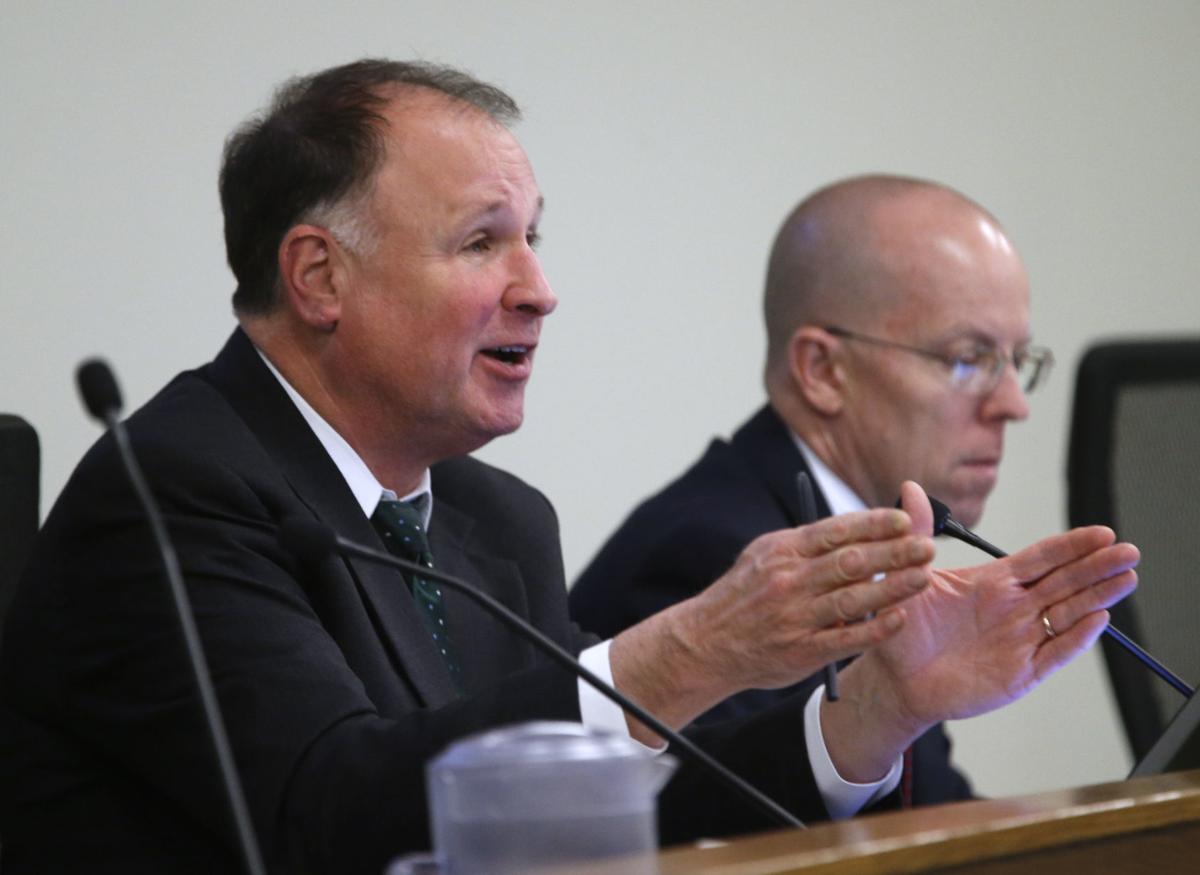 Sen. John Edwards, D-Roanoke, speaks during the floor session of the Virginia Senate on Feb. 1.

RICHMOND — Several months after a gunman killed 32 people at Virginia Tech in 2007, a bill to require background checks on all firearm purchases at gun shows didn’t make it out of a committee in the Virginia State Senate. Sen. John Edwards, D-Roanoke, cast a vote against it.

More than a decade and more than 10,000 gun-related deaths in Virginia later, Edwards is now sponsoring that bill. As chairman of the Senate Judiciary Committee, he’ll sift through more than 40 gun control bills to usher through significant changes to gun policy in Virginia.

“It’s time that something be done,” Edwards said. “People are tired of how many shootings happen in this country.”

His role in the gun control debate is just as influential today as it was more than a decade ago in the General Assembly.

Gun rights advocates and lobbying groups have focused much of their outreach to legislators on him, as well as a few other lawmakers who have supported the Second Amendment in the past as potential swing votes, especially on some of the more controversial legislation.

Edwards and Sen. Creigh Deeds, D-Bath, both have received high marks from the National Rifle Association in the past. Edwards received the group’s endorsement as recently as 2015 during his reelection campaign.

They’ve since distanced themselves from the NRA, although they’re still backers of gun rights.

“I grew up in Bath County, I grew up hunting, I grew up handling firearms at a very early age, and I’m not about to tell people that the lifestyle I lived when I was a little boy is not a lifestyle they can have,” Deeds said.

The two rural Democrats’ phones have been ringing and their emails are full of concerned messages from gun-owning Virginians who use their guns safely. Edwards, who served in the U.S. Marine Corps, and Deeds, who for years has advanced the interests of sportsmen and gun owners in the legislature, believe they are well-poised to have those conversations with gun owners who feel demonized and are shaken by the dozens of gun control proposals, such as expanding the definition of assault firearms and prohibiting ownership of one.

The weekend before lawmakers departed for Richmond, the NRA hosted town halls along the Interstate 81 corridor, and the group encouraged pro-gun activists to contact Deeds and Edwards.

“It is important that everyone who is a constituent of Sen. Edwards is in communication with him,” a NRA representative told hundreds of people in Roanoke.

Edwards said he’s had many productive conversations with gun owners on the phone. At first the callers are angry and fearful, but he said they reach common ground by the end.

The Northam administration and Democratic leaders are pushing eight proposals, including banning assault weapons (defined as any semi-automatic rifle or pistol with a magazine that holds more than 10 rounds), reinstating the state’s repealed one-handgun-a-month law, requiring background checks for firearm transfers (with some exceptions) and creating a procedure for courts to temporarily ban people from possessing firearms if there are clear signs they pose a danger to themselves or others.

Some of the proposals have broad support, according to polls. Democrats campaigned on the promise of gun control and taking on the gun lobby.

When they won the majorities in November, the reality set in for gun owners: gun control was coming.

Since November, thousands of gun owners showed up at local government meetings asking their elected officials to designate their locality as a Second Amendment sanctuary.

There are more than 100 such sanctuaries now, the result of a grassroots movement that highlights how the gun debate divides along regional and partisan lines as well as the influence of grassroots gun activists and lobbying groups.

“Gun control has been seen as purely partisan for quite some time, but it was really urban vs. rural,” said Harry Wilson, director of the Institute for Policy and Opinion Research at Roanoke College and author of multiple books on guns and politics. “They were correlated, but not nearly as strongly as they are now.”

Both sides of the issue have ratcheted up the rhetoric among supporters. Both sides warn that the words and actions of the other side will lead to a “civil war.” Gun owners have accused local government leaders unwilling to become gun sanctuaries as “traitors” and committing “treason.”

“We really need to defuse the rhetoric so we can focus on the policies and not let the extremes on both sides control the debate,” said Sen. Emmett Hanger, R-Augusta. “There are some serious consequences that could develop from well-intentioned people who are proposing gun safety measures.”

Thousands of gun rights advocates are expected to pour into the Capitol this month to lobby lawmakers. The NRA has organized buses of people to show up Monday, when the Senate Judiciary Committee is scheduled to take up gun control bills. The following Monday, the Virginia Citizens Defense League will bring in more people. Gun control groups also are coming to lobby.

“I think 99.9% of the people who are going to be here on the day where they protest the governor’s actions and Democrats actions on guns are law-abiding people who are peaceful and mean no harm to anyone,” Minority Leader Todd Gilbert, R-Shenandoah said. “But a gathering like that certainly may attract bad actors from both sides of the political spectrum.”

With Democrats in power for the first time in two decades, they’re eager to pass proposals they’ve been presenting for years. They often died a quiet death in a Republican-controlled committee with little to no discussion.

What those bills required instead was the rigorous evaluation to determine which policies help and how much they burden gun owners, Deeds said.

Nico Bocour, state legislative director for the Giffords Law Center to Prevent Gun Violence, acknowledged what will happen in Virginia is a “significant shift,” but she said Virginians are tired of waiting.

“For many years now, Virginia lawmakers who have been introducing gun safety bills have been trying to have conversations and move the needle on this issue against what was, for a long time, an unfriendly legislature to this issue,” she said.

It hasn’t helped that Democrats have fed into the narrative that they don’t understand guns and gun owners by some of the legislation they’re proposing, Deeds said.

He said the bill from Senate Majority Leader Dick Saslaw, D-Fairfax, was a primary example. As initially proposed, it would make it a felony to sell, manufacture, purchase or possess assault weapons and certain magazines, but it didn’t include language to allow current owners to keep their weapons. Gun owners interpreted the bill to mean their guns would be confiscated.

The mistrust has carried through to other proposals. When Northam put in the two-year budget $4 million for 18 new Virginia State Police positions related to an assault weapons ban, gun rights activists depicted it as a gun confiscation task force. The Northam administration says it’s for administrative workers handling the registration and permitting of assault weapons people are allowed to keep.

Northam addressed the various conspiracies and misinformation during his State of the Commonwealth address Wednesday.

“No one is calling out the National Guard,” Northam said. “No one is cutting off your electricity, or turning off the internet. No one is going door-to-door to confiscate guns. These laws are intended to keep Virginians safe.”

Del. Dan Helmer, D-Fairfax, filed a bill that would ban indoor shooting ranges at buildings where there are more than 50 employees. The bill doesn’t name the NRA, but it’s aimed at its Fairfax headquarters, which includes a gun range.

When the bill became available for public view, the calls and texts immediately started pouring in to Mitchell Tyler, co-owner of Safeside Tactical. People were posting on social media that the bill should shut down Safeside’s gun ranges in Roanoke and Lynchburg.

Tyler said Safeside likely will not be affected. However, he said the legislation could discourage business growth.

“The headline of the bill is scary, and it riled people up, but I encourage people to read the text of the bill,” Tyler said.

Safeside has filled six buses to send to Richmond on Jan. 20 to lobby lawmakers.

“I’m urging people to contact their legislators, and reminding them that you catch more flies with honey, and shouting at them at town halls and insulting them is not a winning strategy,” Tyler said.

Deeds isn’t interested in stoking anger. He’s willing to have those conversations.

“I’ve worried for a long time that we in our society have not been willing to have conversations about tough issues like firearms,” Deeds said.

RICHMOND — State lawmakers approved a new gun policy that will prohibit the public as well as its own members from carrying firearms inside the Capitol and a nearby office building where General Assembly members work.

Four lawmakers from the Roanoke and New River valleys will serve on money committees, as assignments made.

RICHMOND, Va. (AP) — A new era in Virginia politics began Wednesday, as Democrats took full control of the state house for the first time in a generation and promised to reshape many of the state's laws.

RICHMOND — Gun rights advocates and militia members from across the country are urging thousands of armed protesters to descend on Virginia’s capital in two weeks to stop newly empowered Democrats from passing gun-control bills.

RICHMOND — The first set of gun control bills proposed by Virginia Democrats sailed out of a Senate committee Monday before a packed room of gun control and gun rights advocates.