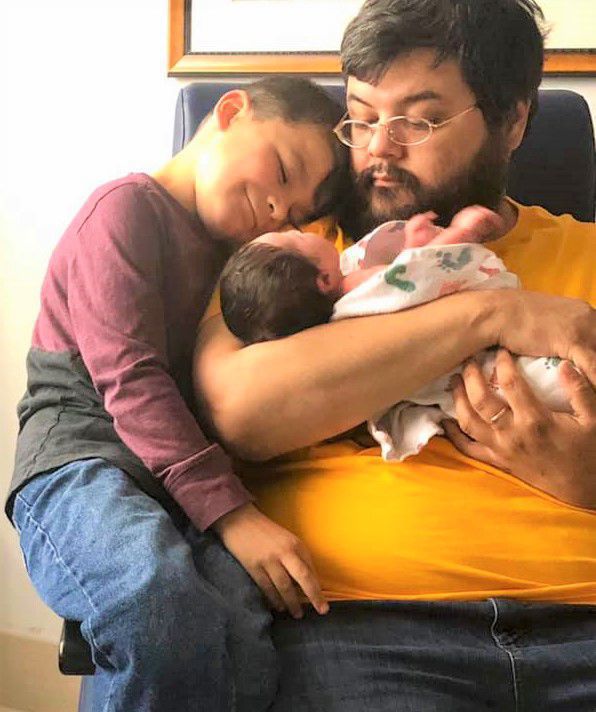 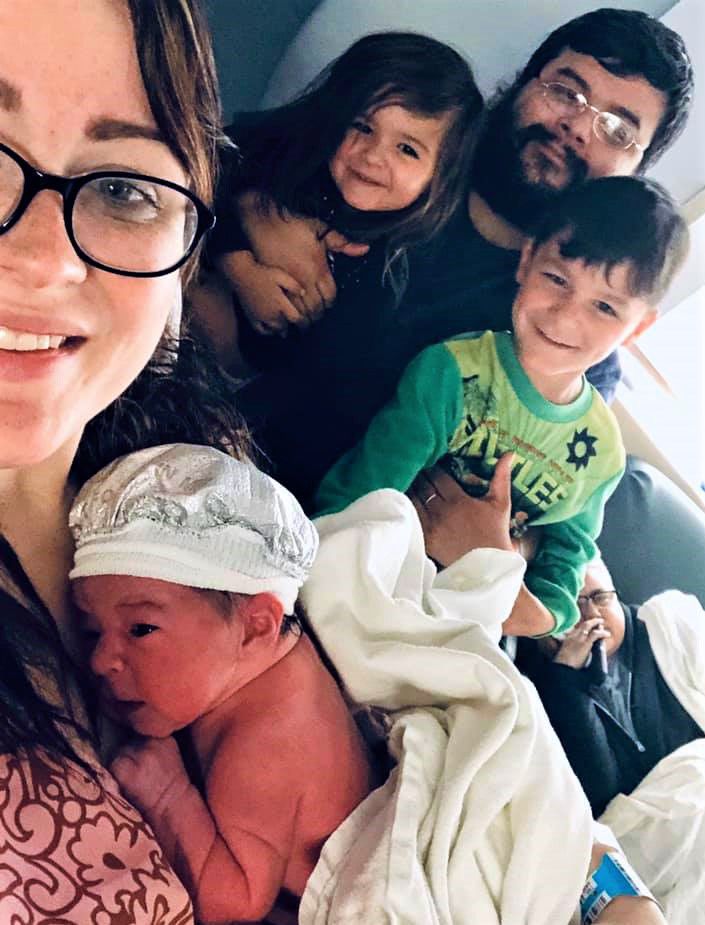 The 30-year-old beloved father, who suffered major burns rescuing his family from a house fire just two years ago, died Saturday in a single car accident that left his three small children injured but recovering well.

The specialty baker and playful dad had a passion for music and had celebrated his landmark birthday only three days prior to the accident that sent his southbound SUV off N.C. 87 near Crumpton Road around 4:45 p.m. Saturday.

North Carolina State Troopers said Bahena’s car went off the roadway to the right, then across to the left. When Bahena overcorrected, officials say he went off the road again and collided with a tree. He died at the scene. Investigators reported Bahena was not impaired or speeding at the time of the crash.

Children Mason, 6, Anna, 3, and Madison, 3 weeks, were safely buckled in car seats, but sustained injuries, according to a news release from the Highway Patrol.

Their grandfather Jeff Margensey of Eden was at Brenner’s Children’s Hospital in Winston-Salem on Monday, visiting Mason and Madison, who were undergoing treated for a broken arm and skull fracture, respectively.

Mason suffered a fracture to his upper left arm, while the infant, born Dec. 20, was said to be recovering well and had “just completed her third bottle’’ Monday morning, said Margensey, who expected the children to be released early this week.

Middle child Anna, originally transported to Moses H. Cone Memorial Hospital in Greensboro on Saturday with her siblings, was released the same day with only scrapes and bruises, Margensey said. Cone transferred Mason and Madison to Brenner’s on Saturday.

The son-in-law any father would wish for

“I was very proud of him because he was a great dad and a great husband to my daughter,’’ Margensey said, noting his daughter Hannah married Bahena eight years ago. “With his marriage and his children, he was just a wonderful son-in-law and he will be sorely missed.’’

Reflecting on the May 2018 grease fire that consumed the Bahena’s Eden home, Margensey described his son-in-law’s courage.

“He went through the fire to get Mason. And he got burned. He carried Mason out around his waist, and Mason had some burns, but they got out. It was like a miracle.’’

Mason was treated for third-degree burns at Brenner’s in 2018 and has healed well, as did his dad, whose face was significantly seared in the tragedy.

“He (Miguel) said all he could think about was to get everybody out of the house,’’ said Bahena’s friend and employer Chris Cusato, owner of Kalo Foods bakery in Stokesdale.

“He ran upstairs and told his wife and little girl (Anna) to get out. And the fire spread so fast. He went in to get Mason and Miguel was able to get him out.’’

The blaze destroyed all of the young family’s belongings and they lived with Margensey until they could reestablish a new household in Eden.

Kindness was a hallmark of gentle dad Bahena’s personality

“Miguel loved his family and his kids and was always showing pictures of them,’’ Cusato said through tears.

“He’s been with us for six years and he has got a wonderful personality … charming with a very sharp wit and extremely funny and talented,’’ she said. “I felt like he was one of my kids. We got really close. Sometimes it was just me and him baking, and we talked about lots of things.’’

Endowed with a multitude of talents, Bahena performed quick mathematical calculations in the bakery and swiftly developed refined piping skills for icing cupcakes with rosettes and the like, his boss said.

The musical Bahena was also known for his ability to play several instruments, Cusato said.

The gentle dad, who did not believe in spanking, sported a beard and mustache and a teddy bear countenance.

Dozens of photographs on his family’s social media sites are windows to happy times for the Bahena family. Snapshots chronicle fun times with the young family at The Polar Express theme park in the Great Smoky Mountains, days at the arcade, swimming practice, jolly Christmas mornings, Halloween exploits, and most recently — photos of the entire family embracing their newest member, baby Madison.

“We are going to miss him terribly, just terribly,’’ Margensey said.

A celebration of life service will be held at 3 p.m. on Sunday at the Episcopal Church of the Epiphany with the Rev. Linda Nye officiating. The family will receive friends from 6-8 p.m. on Saturday at Boone & Cooke, Inc. Funeral Home.

Bahena was the son of Hugo Bahena and Anita Davis.

In addition to his aforementioned immediate family, Bahena is also survived by Scott Mateo Lindemann of Florida; and his siblings, Monica Sanchez Natalia Bahena and Tony Bahena, both of Reidsville.

In lieu of flowers, memorial contributions may be directed to the Friends of the Eden Animal Rescue, 1027 Rhodes Road, Eden, NC 27288.

Susie C. Spear is a staff writer for RockinghamNow. She can be reached at 743-333-4101 and on Twitter @SusieSpear_RCN.