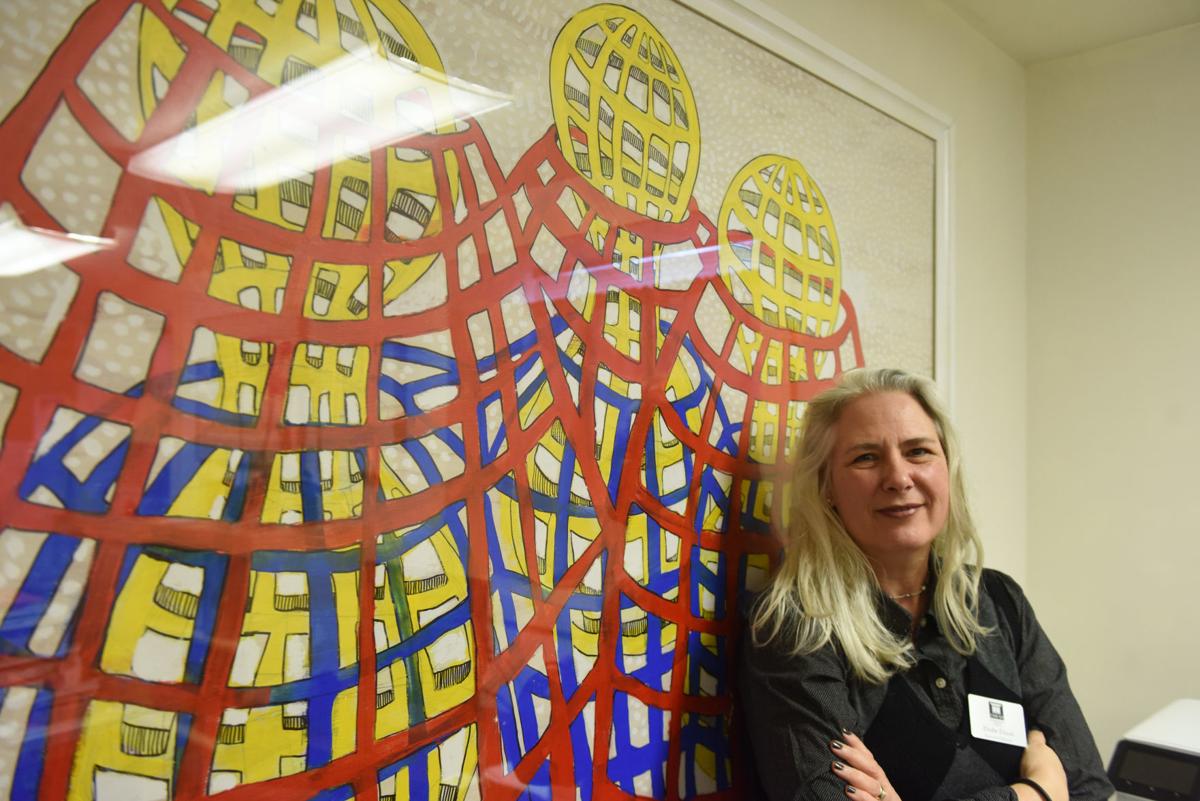 Danville Museum of Fine Arts and History director Elsabe Dixon talks about her experiences growing up during Apartheid in South Africa and the shift in focus to a more inclusive view of history at the museum. 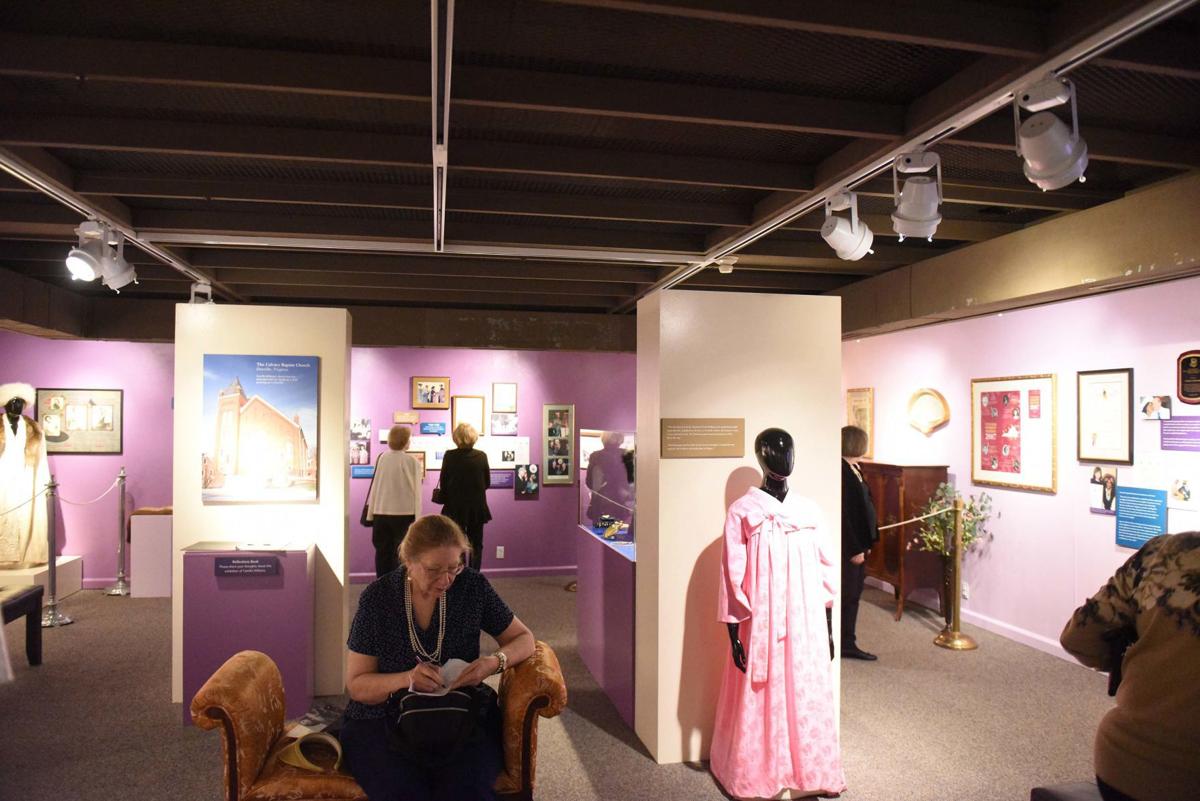 The Danville Museum of Fine Arts & History held a reception for the Camilla Williams exhibit Jan. 12 highlighting the Danville native’s life and her distinguished career as an opera performer.

Danville Museum of Fine Arts and History director Elsabe Dixon talks about her experiences growing up during Apartheid in South Africa and the shift in focus to a more inclusive view of history at the museum.

The Danville Museum of Fine Arts & History held a reception for the Camilla Williams exhibit Jan. 12 highlighting the Danville native’s life and her distinguished career as an opera performer.

Changes are underway at the Danville Museum of Fine Arts and History.

There is the current, temporary Camilla Williams show that opened Jan. 12 and ends May 24 and a permanent Danville civil rights exhibit that was installed in August.

“It was just ignored as if it did not exist,” Dixon said. “It was not acknowledged.”

The Sutherlin Mansion — which houses the museum — sheltered Confederate President Jefferson Davis and his cabinet during one week of the final days of the Confederacy. It was there Davis signed his last official proclamation — a pep talk calling on the Confederacy to remain strong — and on April 10, 1865, learned of Gen. Robert E. Lee’s surrender six days earlier.

Prominent Danville resident William T. Sutherlin had the Italian villa-style Sutherlin Mansion built in 1857-58. He was one of the leaders in Danville in the years leading up to the Civil War. Health problems prevented Sutherlin from fighting, but he did serve as quartermaster of Confederate forces.

But about a century later in 1960, the building — which housed Danville’s whites-only library during segregation — was the site of sit-ins by civil rights activists demanding the library be integrated.

An optional museum video for visitors omits that aspect of its history, highlighting Sutherlin instead, said Wenn Harold, education and technology facilitator at the museum.

“It completely leaves out the civil rights part on the house,” Harold said.

Harold and other museum officials are working to update the video to include civil rights history and also the period between the Civil War and the 1960s, in addition to material on Sutherlin.

“We’re trying to include the history of the house throughout history and not just the Civil War,” he said.

There were three sit-ins at the library in the early 1960s. The city closed both its blacks-only and whites-only libraries in reaction. After a federal court issued an order for Danville to re-open the library, the city acquiesced but had removed the tables and chairs, Harold said.

Dixon, who grew up in Pretoria, South Africa, before moving to the United States in 1985, saw first-hand the racism and oppression under that country’s apartheid — a system of institutionalized segregation that lasted from 1948 until the early 1990s.

“I understand so well what happens when you suppress people’s cultural heritage,” Dixon said.

Dixon got her museum training at the Glenstone Foundation in Maryland from 2009 to 2016. There, she saw its contemporary art museum grow from five employees to hundreds.

She did outreach for the facility to make the museum more appealing to the public.

In 2016, she ran the Washington Sculptors Group, facilitating installations by sculptors. It’s a Washington, D.C.-based volunteer nonprofit organization that promotes awareness and understanding of sculpture. It also fosters the exchange of ideas among sculptors, collectors and the public, according to its Facebook page.

Chad Martin, executive director of Danville-based History United, praised the local museum’s new direction and its choice of Dixon as its director.

“The museum has courageous foresight to hold space to make sure the civil rights story is being upheld as well,” Martin said.

Dixon is the “perfect person that will create a museum that will be more inclusive to the community as a whole,” he added, pointing to her past experiences witnessing the racial violence under apartheid.

Those experiences drive Dixon’s passion to help bring change to the museum.

“Every single city block had an armed guard,” she recalled. “The military was everywhere.”

Black South Africans were thrown to the ground and beaten, she said.

Given the racist history of the U.S., especially the South, and the recent emergence of a serious nationwide discussion of race and groups like Black Lives Matter, “it’s like deja vu,” Dixon said, pointing to similarities to the days just after apartheid during Truth and Reconciliation Trials.

She also referred to the Unite the Right rally in Charlottesville in August 2017 that resulted in the death of Heather Heyer when she was run over by a white supremacist who plowed his car into a crowd of counter-protesters.

Politicians and other officials told of the horrors they committed during trials and were forgiven.

“It’s kind of the same culture,” Dixon said, adding she is seeing improvements.

In 1985, she saw many blacks working in Danville and Pittsylvania County in servile positions, which reminded her of South Africa during apartheid.

“I feel a big shift now,” she said, pointing to more young black professionals in the area. “There is a very progressive aura of thinking about racial issues through Danville at the moment.”

There is still division and a lot of work to be done on local racial issues, she added. But, “I see the black community not being fearful anymore.”