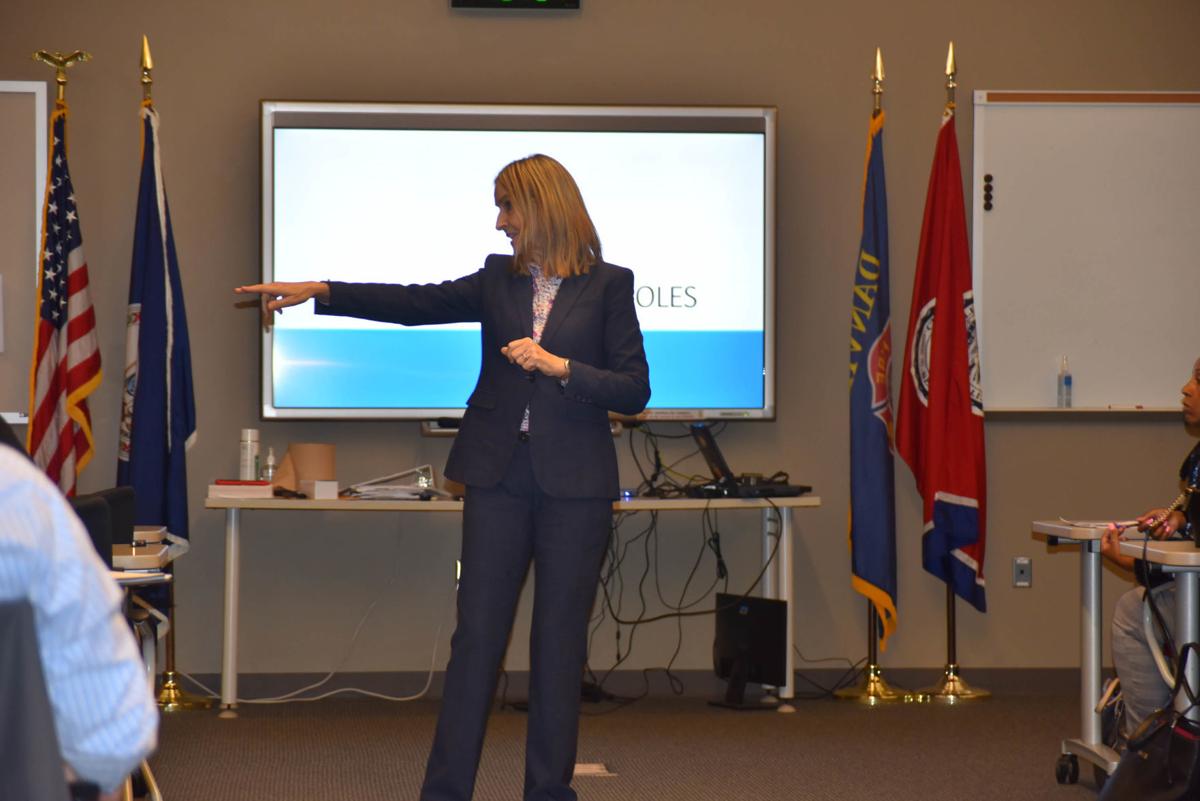 Celeste Wojatlewicz, of the National Gang Center, asks a crowd about their knowledge of intervention teams Monday during a training session in Danville. 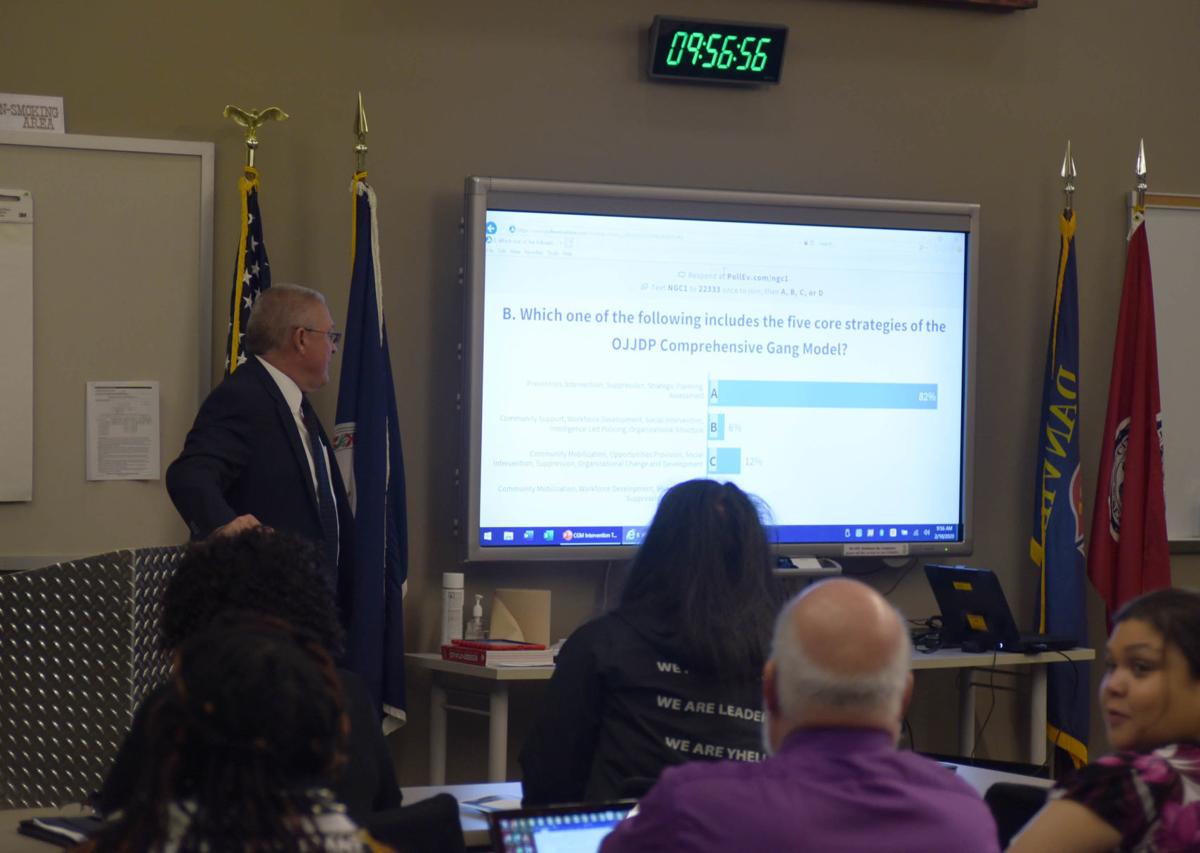 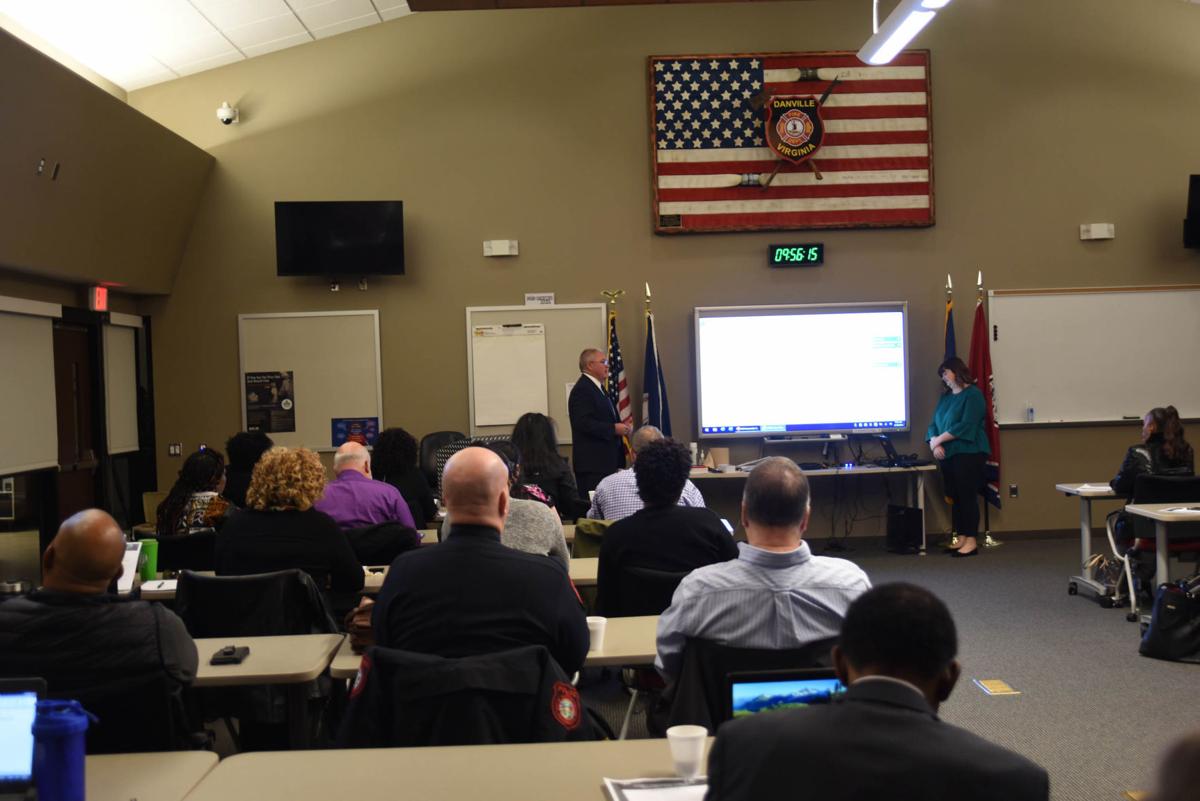 Celeste Wojatlewicz, of the National Gang Center, asks a crowd about their knowledge of intervention teams Monday during a training session in Danville.

Celeste Wojtalewicz, a senior research associate for the National Gang Center, stood in the center of the Danville Fire Department’s meeting room Monday morning, flanked by more than 40 people, and asked what career fields they came from.

It was a meeting about fighting area street gangs, and she wanted to know which agencies were there for the two-day training course.

“How many of you are in mental health?” she asked, looking around the room.

Four people raised their hands. She then went down the line, asking if there were law enforcement, prosecutors, educators and faith leaders in the room. Hands representing every vocation mentioned so far shot up, some having more representatives than others.

“How many of you are job-providers?” she said, raising her hand and eyeing the room.

The room fell silent, with many attendees looking around for a potential representative. Several seconds of silence ticked by, but not a single hand was raised.

“Oh, that’s a problem,” Wojtalewicz said, smiling at the crowd.

In the fight against street gangs, she explained, everyone’s help is needed, including job providers. Gangs are the result of any number of reasons, including a lack of job opportunities or a breakdown of the family.

“This is not a problem you solve by locking people up,” Capt. H.S. Richardson of the Danville Police Department later chimed in.

The goal of the two-day training provided by the National Gang Center, based in Tallahassee, Florida, was to prepare different Danville agencies for a new intervention team tasked with developing strategies to get local youth out of the gang lifestyle and onto a better path. Simply put, each agency is to learn its specific role in the local fight against street gangs.

“We try to take kids that are very high risk for serious gang involvement and pull them out of it,” explained Shawn Baldwin, a senior research associate at the National Gang Center. “[The program is about] people coming together to talk about a specific child and what they need to do to get them out of that gang activity.”

Robert David, Danville’s Youth and Gang violence prevention coordinator, said before Monday’s intervention training the city already had similar programs. He explained the point of the two-day training session was to figure out how to fully enact the program.

“To get the perimeters on how to do it exactly,” he said.

The city plans to oversee the project, with David acting as the coordinator. Multiple agencies will play roles, including the police, social services and mentoring agencies just to say a few.

“Whatever you do is your role,” he said. “We don’t ask you to do anything other than what you do, we just ask that you do it together.”

The city currently has no set date for the first meeting of the intervention team.