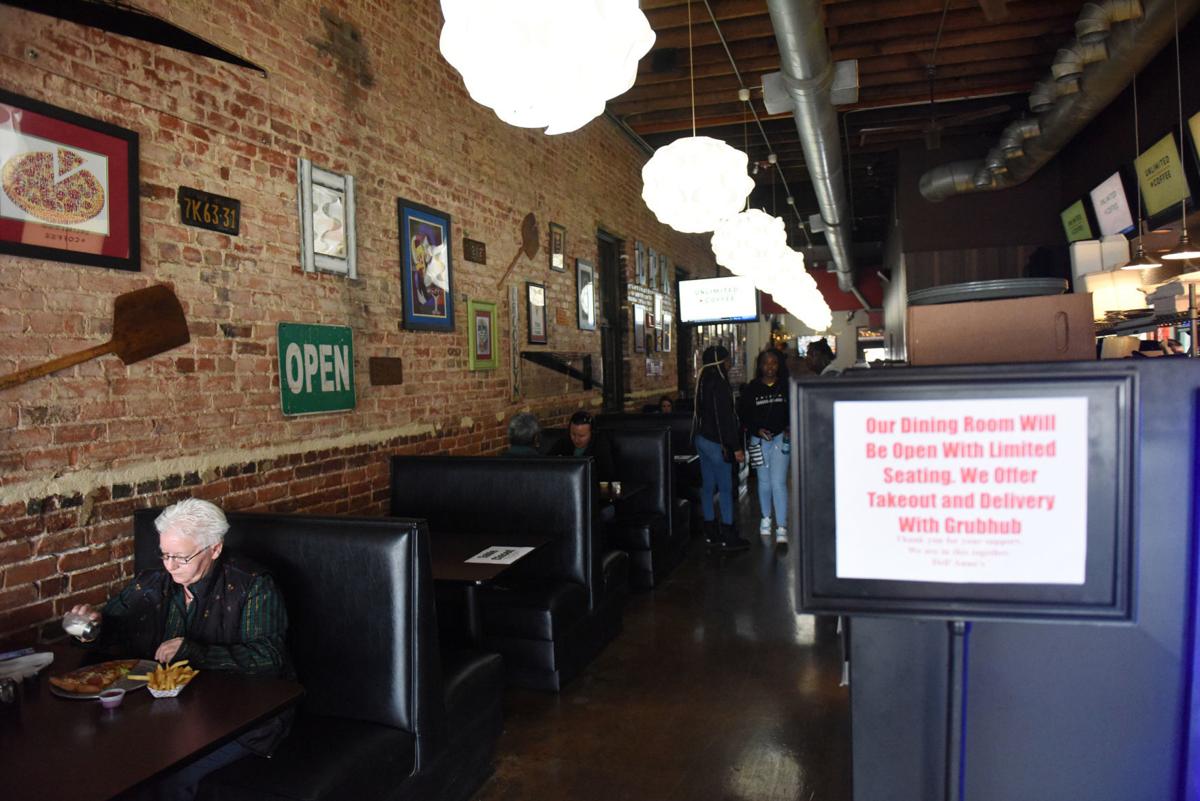 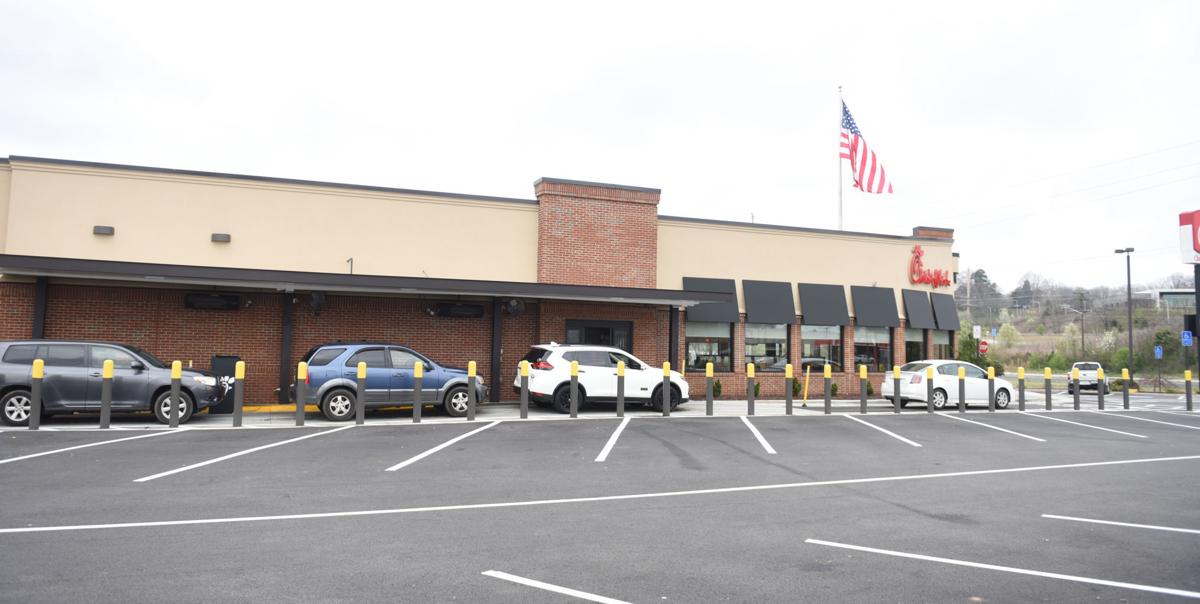 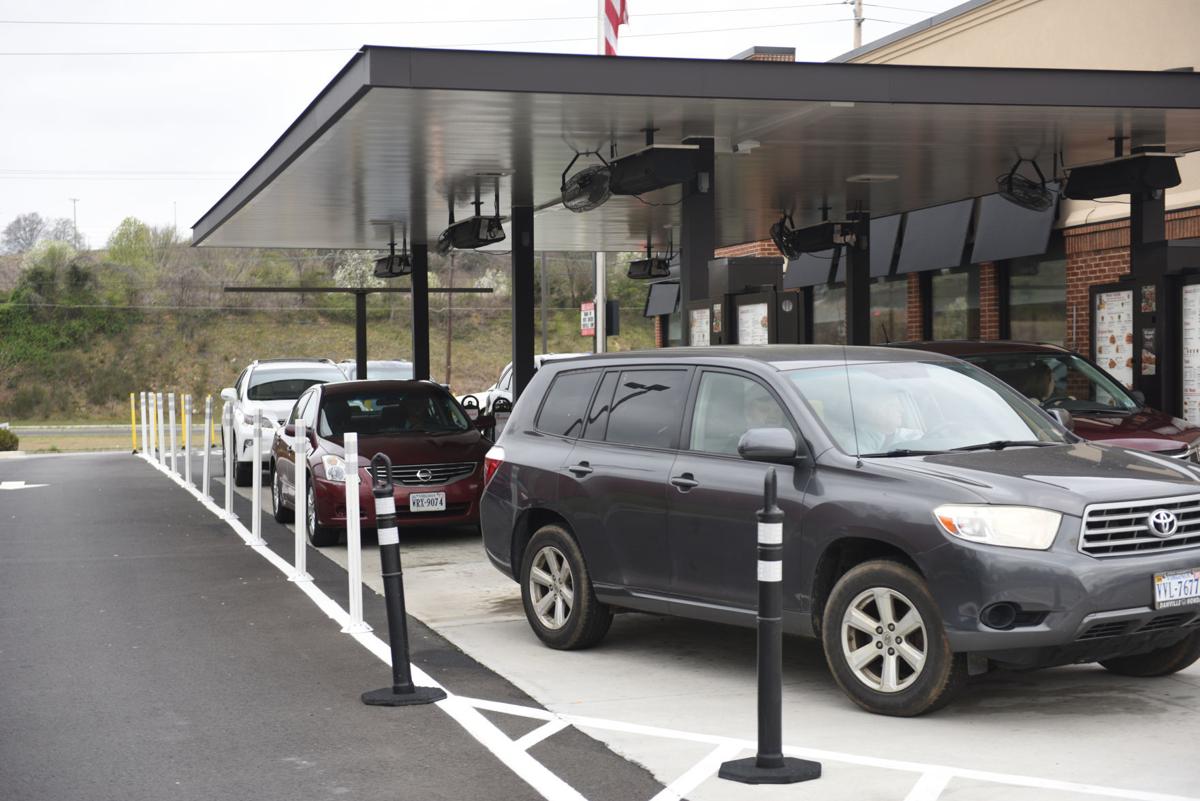 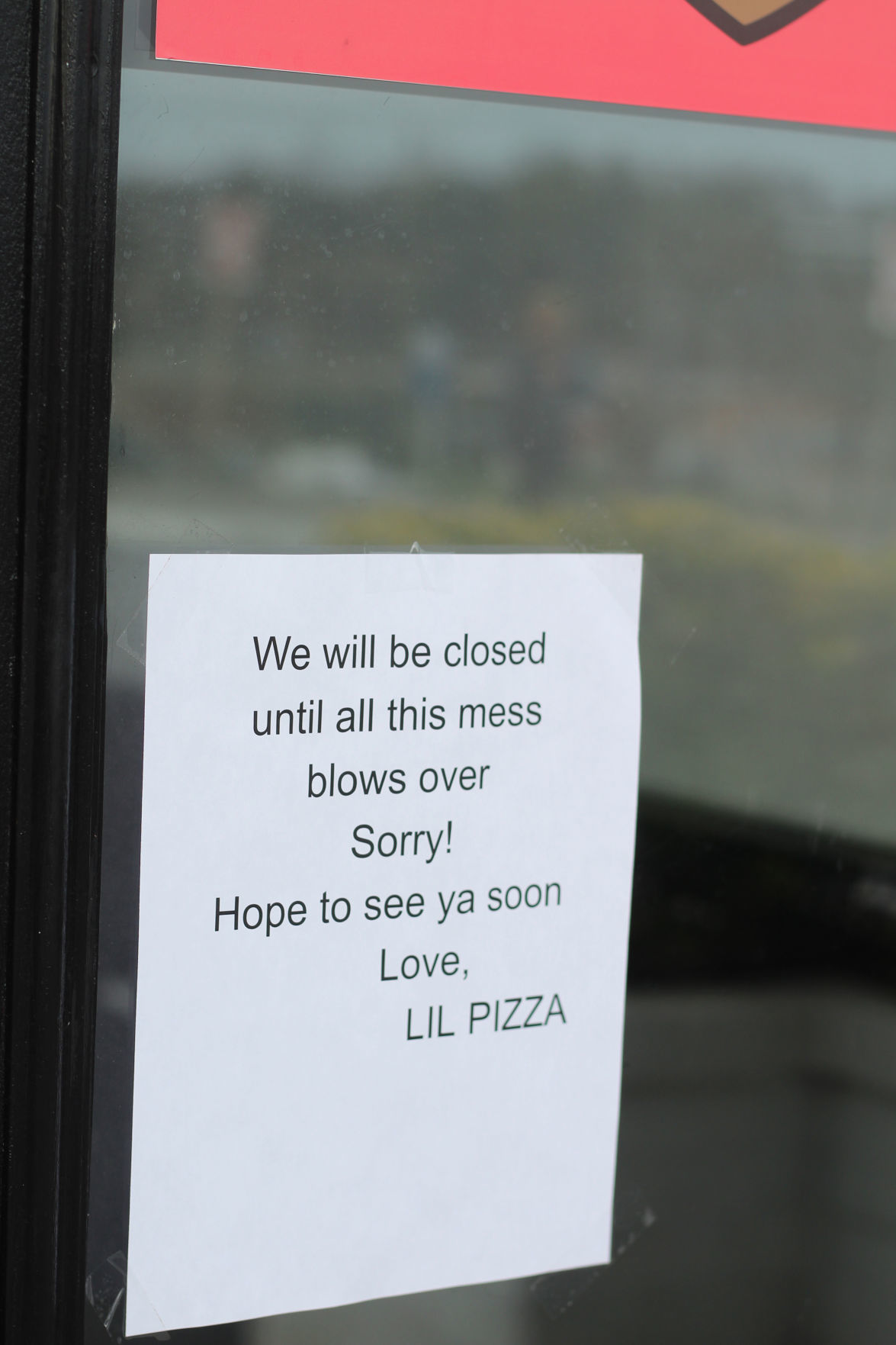 A sign at Lil Pizza My Heart, a Yanceyville, North Carolina-based pizza buffet in Danville, tells customers it is closed amidst statewide gathering restrictions in response to the spread of COVID-19.

A sign at Lil Pizza My Heart, a Yanceyville, North Carolina-based pizza buffet in Danville, tells customers it is closed amidst statewide gathering restrictions in response to the spread of COVID-19.

Until recently, Golden Leaf Bistro in downtown Danville didn’t offer its own delivery services. In response to tightening restrictions in the wake of COVID-19, the Danville restaurant implemented a new delivery program that kicked off Monday.

“We’ve seen a pretty big hit in the past week as far as business declining, so we certainly have the time to make a few deliveries,” manager Greg Wampler said.

For now, its managers will make those deliveries, but the restaurant might hire delivery staff at some point, Wampler said.

Life in the Dan River region is changing, thanks to the global pandemic. Restaurant owners and managers throughout the region have been forced to adapt and make difficult decisions over the past few days as governmental restrictions have become increasingly more strict in wake of the spread of COVID-19, a respiratory virus that has killed thousands worldwide and caused impacts across the world.

On Tuesday, Gov. Ralph Northam officially banned all unessential gatherings of 10 or more people, leaving restaurants the option of closing or reducing the number of customers they host. He encouraged all restaurants to offer takeout and delivery options during this time.

Many Danville area restaurants responded by closing dining rooms while still offering to-go options. With an empty parking lot, Hardee’s on Riverside Drive had its doors locked on Tuesday with a sign telling customers its lobby and dining room were closed, but its drive-thru was open from 6 a.m. to 8 p.m.

At the Chick-Fil-A on Riverside Drive, where the dining room has also been closed, about a dozen cars were in the drive-thru lanes and a few customers went inside to order takeout on Tuesday morning.

Chatham’s Reid Street Gallery announced in a Facebook post that it will continue serving takeout customers but will not allow people to sit down and eat. Joe and Mimma’s Italian Restaurant in Danville is doing the same, as well as implementing a new delivery service, said manager Vince Badalamenti.

Other restaurants have shifted gears by providing curbside pickup options. The Pod, a coffee-shop/café in Gretna, has curbside pickup, delivery and will keep the dining room open for now, said owner Kate Farmer. The number of deliveries has decreased due to the schools — usually a top customer — being closed, Farmer said.

While the café normally has about 30% to-go orders, Farmer explained, in the past week that dynamic has shifted where roughly 65% of orders are to-go.

Ruben’s, a diner on Riverside Drive in Danville, announced Tuesday morning that it would close the dining room but continue offering curbside pickup. Co-owner Brad Moore said he has already seen a major decline in business at his full-service diner over the past few days and expects more in the coming weeks.

“We’re worried about doing our part as a community to stop the spread of COVID-19,” he said. “I’m not concerned about what’s going to happen with my business. If I was, [the dining room] would be open.”

Some of the restaurants that have remained open have changed the layout of the dining tables as a way to practice social distancing. Dell’Anno’s Pizza Kitchen on Main Street, for example, now leaves some tables vacant.

“We’re trying to stay open with limited seating to see how it works,” said director of operations Christie Miller. “We just started today with this.”

Customers Donnell Wimbush and Lori Miller frequent Dell’Anno’s once a week and eat out in Danville every day for lunch, Wimbush said.

Are they changing their dining habits?

“Not at all,” said Miller, who lives in Blairs.

She acknowledged the seriousness of the coronavirus but said she will continue living as before.

“It’s concerning, but I’m not going to let it change my habits,” she said.

Tim Meyers, owner of Danville brewery Ballad Brewing, said his company has already taken steps to ensure social distancing and canceled many of their regularly scheduled events, but is still working through what Northam’s new ban means for his business.

“Things seem to be changing every minute so we have adapted to each new development as well as possible,” he said.

On Tuesday afternoon, Meyers said that he is still making a game plan, but he knows that improving pickup and to-go services — both online and in person — will be crucial.

“We’re trying to make sure that we’re equipped to sell to-go sales as quickly and efficiently as possible,” he said.

Several area restaurants have shut their doors altogether. A piece of white paper with the message “We will be closed until all this mess blows over” was taped to the front door of A Lil Pizza My Heart, a Yanceyville-based pizza buffet restaurant that opened in Danville a few months ago.

The restaurant Cotton at Riverside Mill, which is in the River District Tower in downtown Danville, announced on Tuesday it is closed until further notice.

“While this was a very difficult decision to make, we are focused on making well-informed, sound choices so that we can return to business once the current crisis passes,” the company wrote in a statement.

National food delivery companies GrubHub and DoorDash, which work with many area restaurants, have implemented contact-free delivery methods that involve leaving food on the person’s doorstep instead of handing it to them directly.

“Local independent restaurants are the lifeblood of our communities, and we must do everything we can to get them through this time of uncertainty,” company spokesperson Fleur Oostwal said in a statement.

DoorDash is offering commission relief and marketing support for both new and existing restaurants that the company estimates will help generate up to $200 million in additional sales this year. The company is also creating a program to bring on as drivers those restaurant workers who have had their hours cut.

Brandon Toler, an assistant manager at the national pizza restaurant Dominos on Piedmont Drive, said the company has also implemented what is called contactless delivery and is looking at contactless carryout, where employees would leave the food on the roof of the customer’s car instead of allowing them to enter the store.

Even though Domino’s is known for delivery, Toler said it is too early to tell if there have been increases in orders, partially because they have been running a special that skews the numbers.

“A little busier, but nothing to wow at,” he said.

Seattle-based tech giant Amazon, which provides delivery services for millions of items, including food, announced on Monday that the company is looking to fill 100,000 new part-time and full-time roles between fulfillment centers and delivery jobs to help meet the increasing demand.

“We also know many people have been economically impacted as jobs in areas like hospitality, restaurants, and travel are lost or furloughed as part of this crisis. We want those people to know we welcome them on our teams until things return to normal and their past employer is able to bring them back,” Dave Clark, senior vice president of worldwide operations, said in a statement.

Trying to keep up on the latest local coronavirus developments? We've got you covered

Get the latest local coverage on the impact of COVID-19, the disease caused by the novel coronavirus.