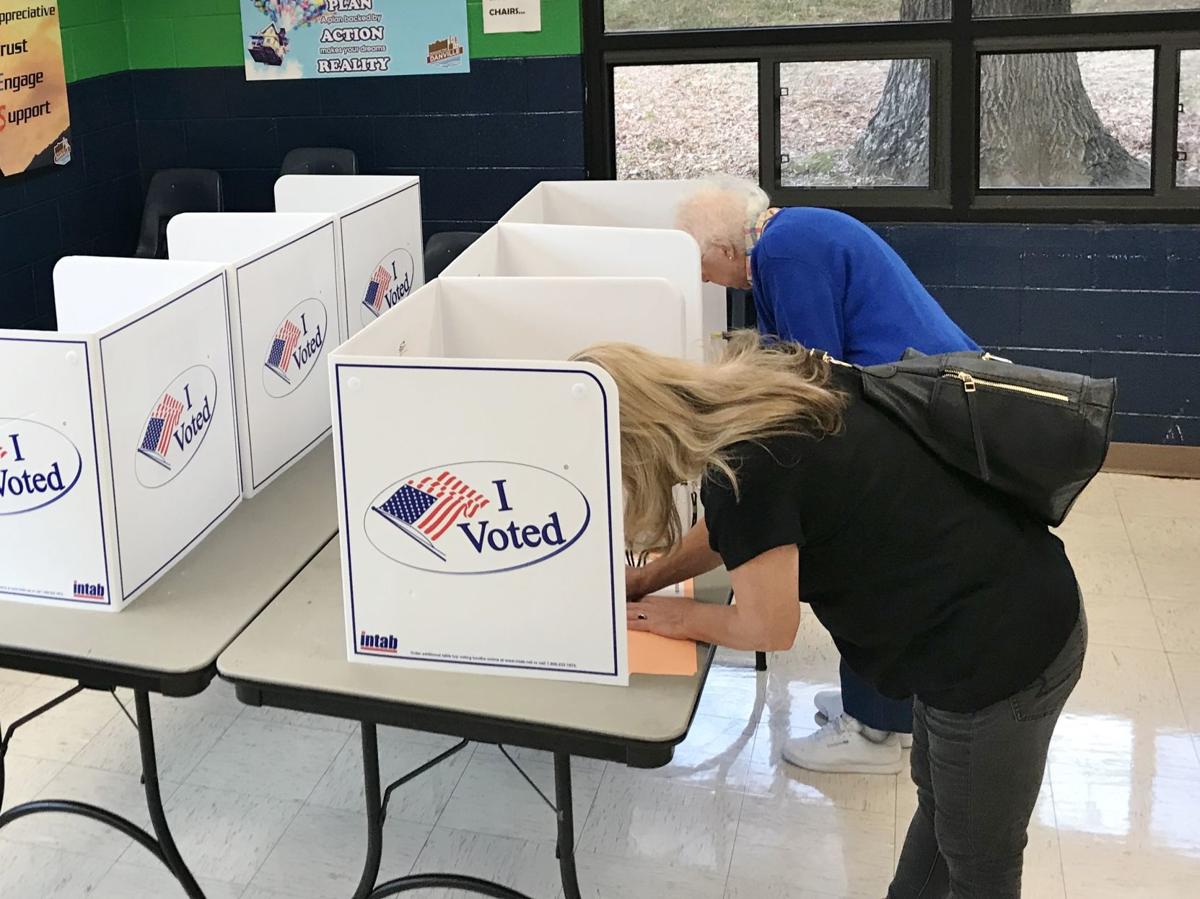 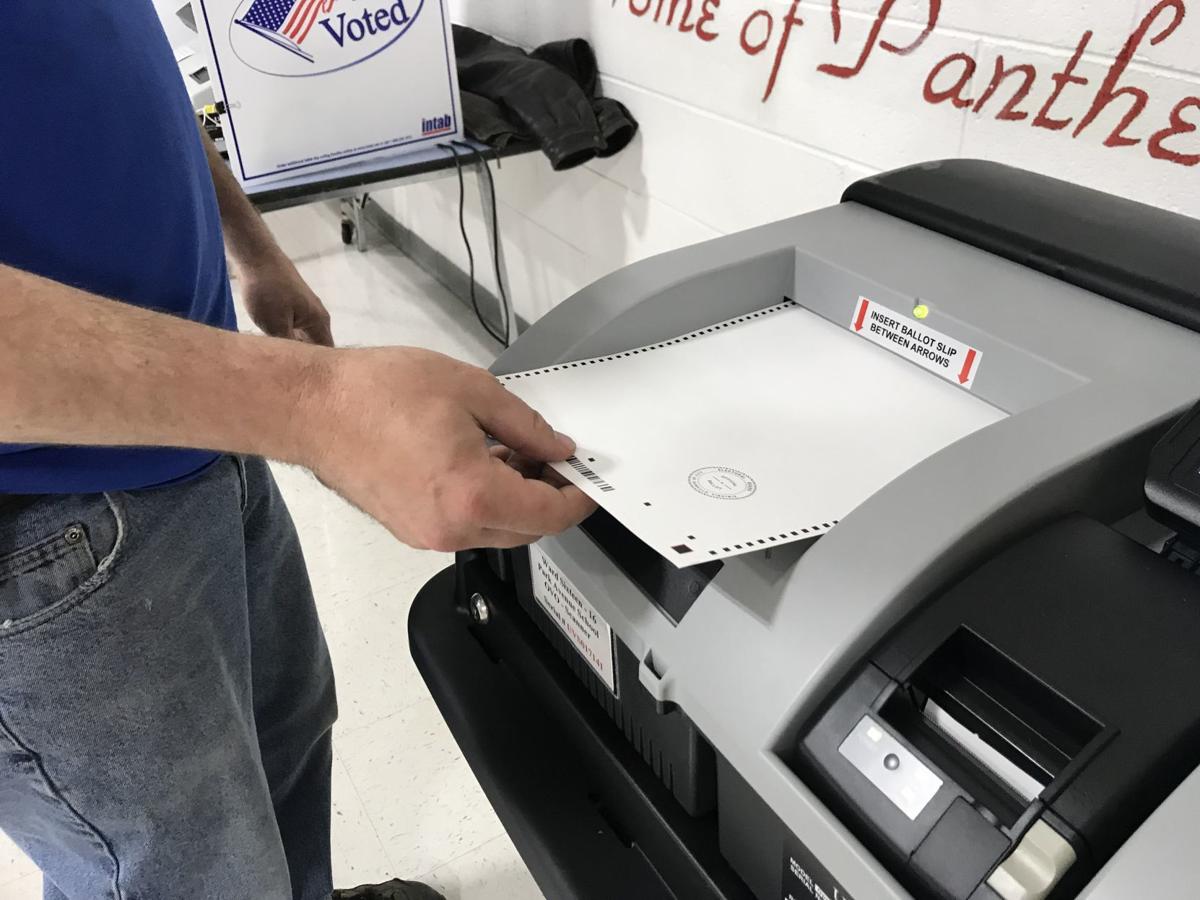 A Danville voter slides his ballot into the voting machine at the Park Avenue voting precinct Tuesday afternoon. 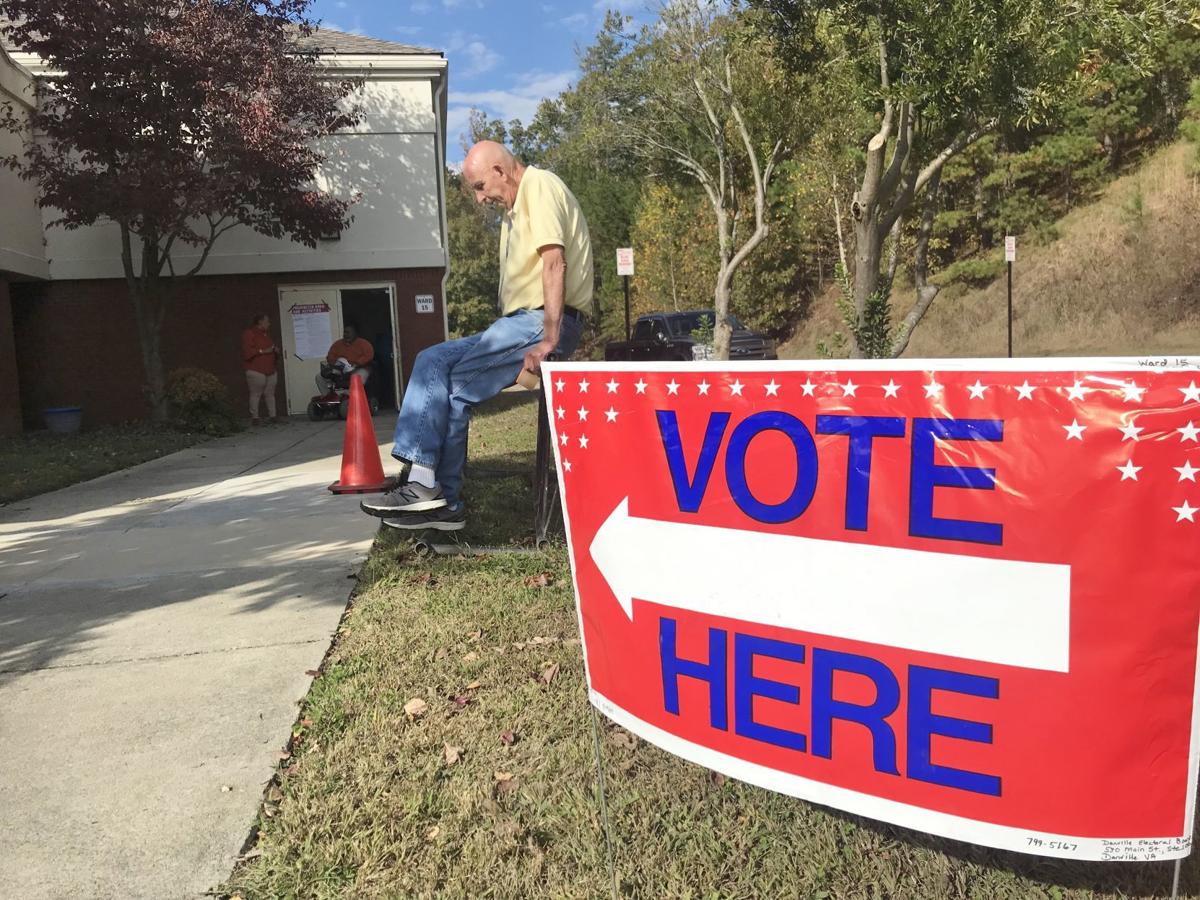 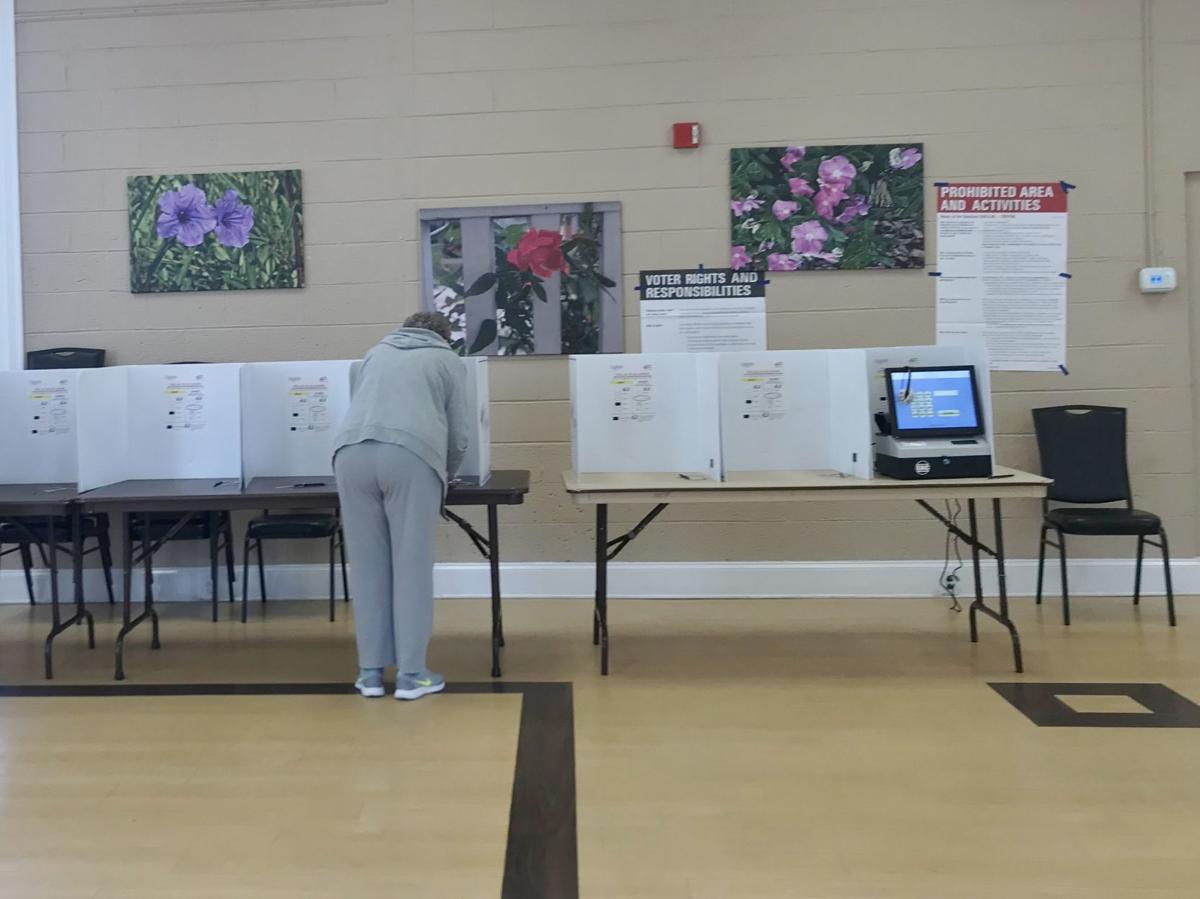 A voter casts a ballot at the Ballou Park precinct Tuesday afternoon.

A Danville voter slides his ballot into the voting machine at the Park Avenue voting precinct Tuesday afternoon.

A voter casts a ballot at the Ballou Park precinct Tuesday afternoon.

Cindy Dixon voted "yes" on the pari-mutuel wagering referendum question and cast her ballot for Danny Marshall and Gerald Gibson for delegate and clerk of court, respectively.

“He knows his job and he’s a good man,” she said of Gibson, who is facing challenges from Melissa Tuck and Charles Crumpler for the city's clerk of court spot.

As for Marshall, “I like the way he does things,” Dixon, 62, added as he stood outside the Coates Recreation Center polling precinct on Westover Drive.

Her husband David Dixon voted the same way down the ballot.

“Experience,” David Dixon, 70, said when asked why he chose Gibson. “I’ve never had any problems with him.”

By around 4 p.m. on Tuesday, roughly 700 of 1,882 registered voters had voted at Coates Recreation Center, said Precinct Chief Brenda Rowland. That is about 36% of the precinct's registered voters.

“I could see us getting possibly 40 percent,” Rowland said.

Paul Goodman Jr., 58, also voted "yes" on the pari-mutuel wagering referendum question, though he expressed ambivalence about his decision.

“I voted 'yes,' against my better judgment,” Goodman said as he stood outside of the Coates polling precinct. “We could use the jobs. I’m not sure about the crime it could bring with it.”

Like the Dixons, he chose Marshall and Gibson, adding that he’s known the two men for a long time.

The Park Avenue polling precinct had 30% turnout by 3 p.m. on Tuesday.

Of about 2,200 registered voters in the Park Avenue precinct, 644 had voted by just before 3 p.m.

“We’re higher than normal for an off-year,” Torborg said, adding that he expects 35% turnout by the end of the day.

The three-way clerk of court race or the referendum on pari-mutuel wagering could be driving the higher number of voters.

One voter at Park Avenue voted "no" on the pari-mutuel referendum.

“We’ve already got enough crime in the city,” said 73-year-old Nancy Sands. “I feel like it’s going to bring more.”

People who can’t afford to wager could end up with a gambling habit, she said.

“It’s going to be a detriment to those folks,” Sands said.

“He’s done a good job and I don’t see any reason to rock the boat,” Sands said, adding that she chose Melissa Tuck for clerk of court.

For Reko Currie, there are more important things Danville should focus on other than trying to attract an off-track betting facility.

Danville should instead aim its efforts at alleviating poverty, bringing in good-paying jobs and improving education, she said.

Schoolfield Precinct Chief Joe Mahoney said about 20% of the precinct’s 2,060 registered voters - 430 - had participated in the election by about 2 p.m.

That is more than expected, he said.

“We usually run somewhere in the neighborhood of 25 to 30 percent” for the day, he said.

But by the end of the day, that percentage could be higher, he said.

Joe Schenk, a public defender who was handing out material for clerk of court candidate Melissa Tuck, said he has seen a steady flow of voters since he showed up at 8:30 a.m.

“This is going to be an interesting race because it’s not often you see a three-person race,” Schenk said, referring to the three candidates running for clerk of court in Danville.

Nearly 20% of registered voters in the Ballou Park precinct had cast their ballots by Tuesday afternoon.

“It’s about average,” she said.

For Chelsea Shields Burns, 32, voting is a civic duty. She was pleasantly surprised to see three candidates running for clerk of court.

“It’s nice to see people involved in anything to serve our community,” she said.

Burns would not reveal how she voted.

Sophia Jordan, 58, was also tight lipped about who or what she cast her ballot for.

“I just want better for Danville, better for the United States than what we’re getting now,” she said said.

Those who don’t vote can’t complain, said one resident who had just cast her ballot at Grove Park Preschool on South Main Street.

She voted "no" on the pari-mutuel betting referendum question, she said, because too many people who can least afford it gamble.

“It’s been pretty steady,” Jones said. “A lot of people like to vote before work.”

Turnout is slightly higher than in most off-year elections because of the pari-mutuel question, he said.

“Everybody’s aware of that, either for or against,” Jones said.

Torhonda Martin, 46, said she voted in favor of off-track wagering because the school system could use the tax revenue.

“The schools do need all the help they can get,” she said.