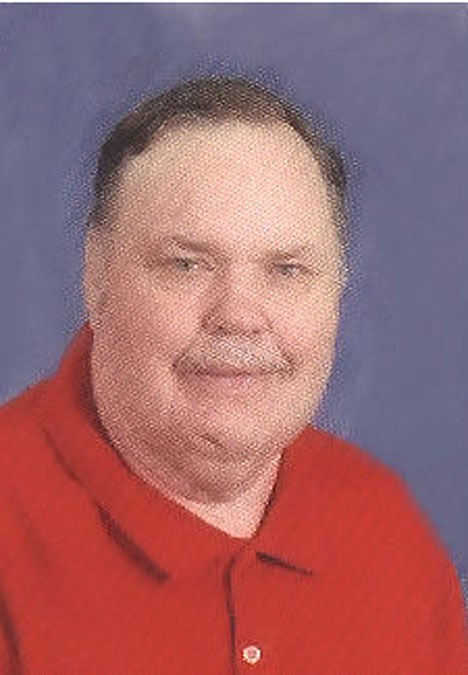 CHATHAM, Va. Landon Wayne White, age 60, of Chatham, passed away after a brief illness Friday, October 4, 2019, at Centra Gretna Medical Center. Born July 14, 1959 in Danville, he was a son of the late Luther Belmont White and Delma Ann Motley White. Mr. White was a member of Sheva Church of Christ where he was a faithful attender and loved his church family dearly. He retired from Motley Dairy, where he worked with his special cousins, Joe Motley, Tommy Motley and Tim Motley. Landon loved sports and was a lifelong fan of the Baltimore Orioles and Washington Redskins. He was a kind, gentle soul and loved his friends and family. He is survived by three sisters, Mary East and husband, Delvin of Chatham, Becky Martin of Lynchburg, Barbara Norcutt and husband, Glenn of Newport News; three nephews, Stewart East and wife, Brandon, Nathan East and Matthew Norcutt; two nieces, Adrienne Foster and husband, Andrew and Amy Pugh; and three great-nephews and one great-niece. Funeral services will be conducted 11 a.m., Monday, October 7, 2019, at Sheva Church of Christ by Ron Voss, Minister and Larry Owen, Minister. Burial will follow in the church cemetery. The family will receive friends from 6 to 8 p.m., Sunday, October 6, 2019, at Sheva Church of Christ and other times will be at the residence of his sister and brother-in-law, Mary and Delvin East, 4430 Chalk Level Rd. Chatham, VA 24531. The family suggests memorial contributions be made to Sheva Church of Christ Building Fund, 4920 Chalk Level Rd. Chatham, VA 24531 or to Chatham Volunteer Fire Department, 35 Depot St. Chatham, VA 24531. Colbert-Moran Funeral Home, Gretna is assisting the family. Condolences may be sent to the family by visiting www.colbertmoran.com. 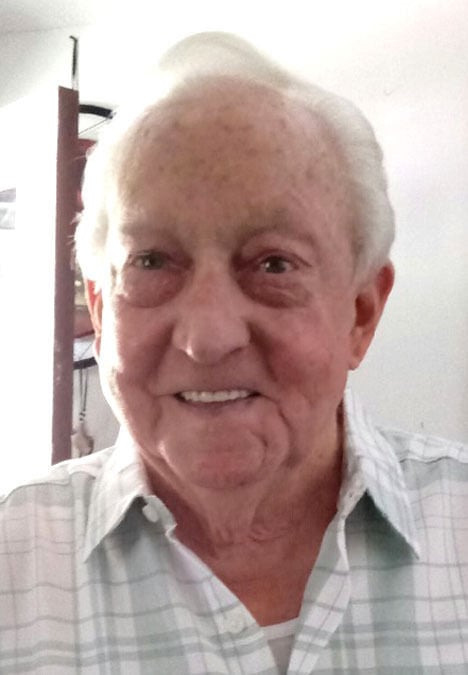 James "Jimmy" R. Lewis, 78, of 500 Iris Ln., Danville, Va., died on Friday, October 4, 2019, at Moses Cone Hospital, Greensboro, N.C., after being in declining health for the past six months. Mr. Lewis was born on December 7, 1940, in Dry Fork, Va., a son of the late Willie Thomas Lewis and the late Emma Giles Lewis Mills. He spent most of his life in Sutherlin, Va., and worked as a salesman for Motley's Auto World for over thirty years. He was a member of the Church of Truth. He loved spending time with his family, riding his ATVs and motorcycle, and attending demolition derby. On September 24, 2019, he married Linda Ashley Lewis, who survives of the residence. He is survived by a son, James "Rusty" Russell Lewis Jr. (Monica), of Pelham, N.C.; three grandchildren, Amber Krammer (Brandon), Crystal Lewis (Todd), and James "Rusty" R. Lewis III. (Sierra); seven great-grandchildren, Starleigh, Rayne, Izzy, Brandon, Blair, Bayleigh, and Sophia; two brothers, Barry Lewis (Linda), of Danville, Va., and Terry Lewis (Dee), of Winston-Salem, N.C.; and a sister, Joyce Chaney (Ed), of Danville, Va. In addition to his parents, he was predeceased by his first wife, Martha Ann Robertson Lewis, who died on April 10, 2015; and three brothers, Ray Lewis, WT Lewis, and Johnny Lewis. Funeral services will be conducted on Wednesday, October 9, 2019, at 2 p.m. at the Wrenn-Yeatts Westover Chapel with the Rev. Kyle Preskitt and the Rev. Steve Johnson officiating. Interment will follow the service in Danville Memorial Gardens. The family will receive friends Tuesday night, October 8, 2019, from 7 to 8:30 p.m. at the funeral home and at other times will be at the residence. In lieu of flowers, the family suggests memorial donations be made to the Church of Truth, 415 Franklin Turnpike, Danville, VA, 24540. Wrenn-Yeatts Westover Chapel is respectfully serving the Lewis family. Online Condolences at www.wrenn-yeatts.com. 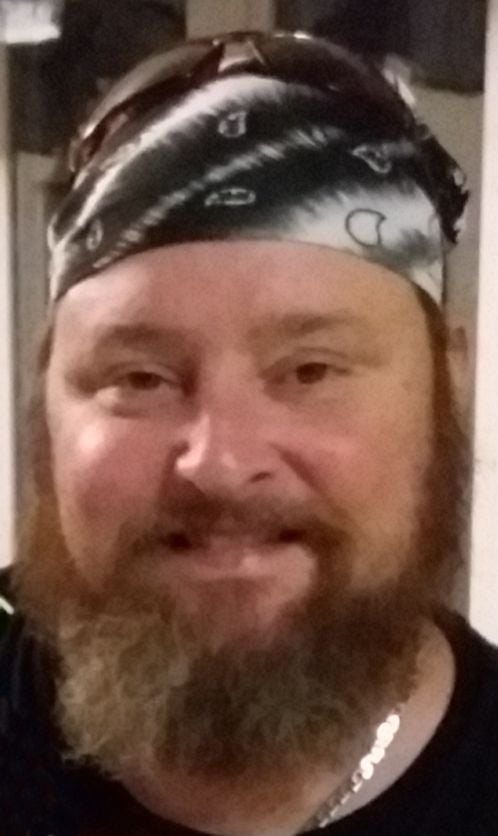 John Emerson Goggin Jr., of Danville, Virginia, unexpectedly passed away on Thursday, October 3, 2019, at the age of 48. He was born September 8, 1971 in Danville, Virginia. John was an avid drummer and held a love for music. Due to his health he did side work in lawn care. John was of the Baptist faith and always had a smile on his face and was a friend to everyone. John graduated from G.W High School, Piedmont Community College and received an associate Degree from Full Sail University. John is survived by his parents, Dolores "Pokey" Jones Bell (George) of Danville, Va., and John "Johnny" Emerson Goggin Sr. (Tammy) of Semora, N.C.; his girlfriend of eight and a half years, Robyn Haynes; his step brothers, George R. "Robbie" Bell Jr. of Providence, N.C., and William "Bill" F. Bell of Louisville, Ky.; his step sister, Melissa Cornett of Wake Forrest, N.C.; his step niece, Megan Cornett of Wake Forrest, N.C.; three uncles, two aunts and several cousins. He is predeceased by his paternal grandparents, James and Frances Goggin; his maternal grandfather, Charlie Jones Jr; and his great-grandparents, Charlie Jones Sr and Francis Jones. A memorial service will be held at Norris Funeral Services' Mt. Hermon Chapel on Monday, October 7, 2019, at 3 p.m. with the Reverend George Goggin presiding. A visitation will take place before the service from 2 to 3 p.m. The family will also be receiving guests at the residence at 2641 Mount Cross Rd. Danville, Va. Norris Funeral Services, Inc. & Crematory, Mt. Hermon Chapel, 3995 Franklin Tpke., Danville, Va. is respectfully serving the Goggin and Bell families. Online condolences may be made at www.norrisfuneral.com. 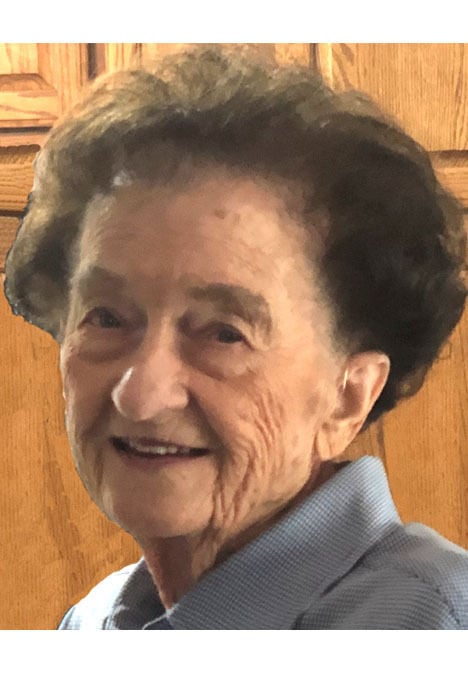 Louise Perkins Brim, 92, of Ringgold, Va., was called home by her heavenly father on Saturday, October 5, 2019. Louise was born on November 1, 1926, to the late Elsie Lewis and the late Clonie Perkins. Mrs. Brim is survived by her daughters, Tammy McKinney of Ringgold, Va., Bonnie Williams (Donald) of Danville, Va.; her grandchildren, Jennifer Perkins (Brad), Amy Murdock (Chris), Kevin Karnes (Sunday), Ryan Karnes (Katherine); eight great-grandchildren; and her sisters, Pat Paul and Carroll Worley. Mrs. Brim was a loyal, faithful and devoted member of White Oak Worship Center where she attended for almost 40 years. She cherished her church, her pastor, Roger, but most of all her Lord and Savior. In addition to her parents, Mrs. Brim was predeceased by her husband, Claude E. Brim and a sister and a brother A funeral service will be held at White Oak Worship Center on Monday, October 7, 2019, at 2 p.m. with a visitation held before the service from 12:30 to 1:30 p.m. with the Reverend Roger Ewing presiding. Interment to follow at Highland Burial Park Danville, Va. The family request that in lieu of flowers that memorials be made the DCC Foundation Kolton Brim Karnes Scholarship Fund, located at 1008 South Main St. Danville, Va. Norris Funeral Services, Inc. & Crematory, Mt. Hermon Chapel, 3995 Franklin Tpke., Danville, Va. is respectfully serving the Brim family. Online condolences may be made at www.norrisfuneral.com.