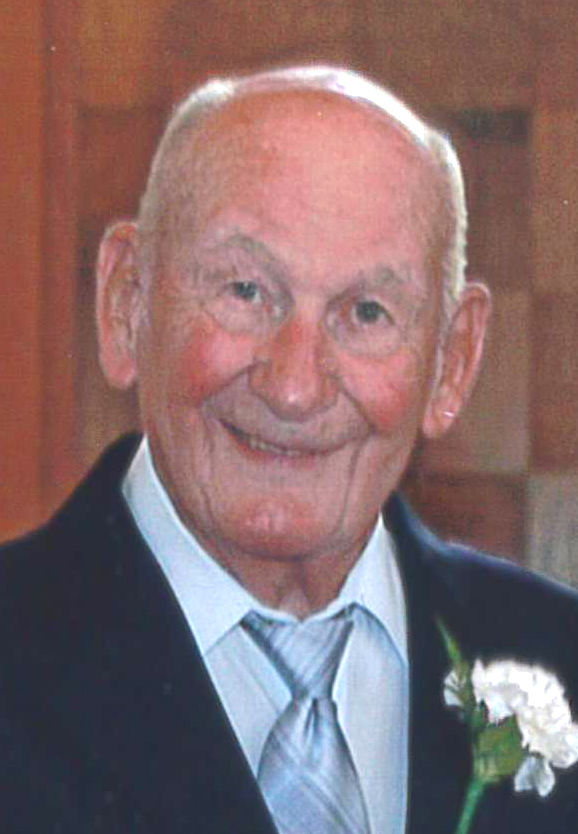 John "Johnny and John D." Douglas Williamson, of Danville, Va., died peacefully, at home sitting in his favorite recliner, snuggled under his blanket, on Saturday, March 21, 2020. John was born on April 14, 1932, in Halifax County, Va., a son of the late Jethro Amos Williamson and Laura Dalton Williamson. He was a graduate of Turbeville High School. He served in the United States Army during the Korean War and was awarded the United Nations Service Medal, Korean Service Medal with Bronze Service Star, National Defense Service Metal, Combat Infantryman Badge, and Good Conduct Metal. After returning home from war, he was employed by Southern Railway (later known as Norfolk-Southern) until his retirement. He was active in the United Transportation Union. He was of the Methodist Faith. To put it simply, as a Daddy and Granddaddy, he was the best. Johnny enjoyed life. He enjoyed working on cars (definitely a Ford man), spending time at Hyco Lake, and most of all, family gatherings, large and small. He, like his siblings, was a storyteller and family gatherings were full of childhood adventures from growing up on a farm, working on the railroad, and life in general. He was kind and gentle, quick to lend a hand and share a laugh. He made friends wherever he went and treasured their friendship. He is survived by his daughter and son-in-law, Terrie W. Chaplin and Richard Chaplin, of Ringgold, Va.; his granddaughter and her husband, Amanda K. Chaplin and Thomas Burkhart, of Bellefonte, Pennsylvania; his grandson, Jarrod D. Chaplin, of Richmond, Va.; his longtime friend and companion, Ann Cofflin, of Forest, Va.; his sisters, Edith Meeler and Doris Ann Zimmerman, of Alton, Va., and Joyce Lewis, of Danville, Va.; his brother, Robert Williamson and wife, Marie, of Alton, Va.; and his sister-in-law, Irene Williamson, of Alton, Va. He also leaves behind many nieces and nephews and extended family members to share his memory. In addition to his parents, he was predeceased by his brother, Harold Williamson; and his brothers-inlaw, Thomas Zimmerman and Fletcher Meeler. The family would like to thank Jennifer Bates for the care she provided over the last year. The family is aware that there are many people who would like to attend his funeral, however, due to the constraints of public gatherings during the COVID-19 outbreak, there will be a private graveside service at Calvary United Methodist Church, in Alton, Va. For the time being, the family encourages you to leave your memories and condolences online at www.wrenn-yeatts.com. A memorial service may be held at a later date. In lieu of flowers, the family suggests memorial donations be made to the Calvary UMC Cemetery fund, 2194 Calvary Rd., Alton, VA, 24520, or to the Fisher House Foundation, 12300 Twinbrook Pkwy, Suite 410, Rockville, MD, 20852. Wrenn-Yeatts North Main Chapel is respectfully serving the Williamson family.