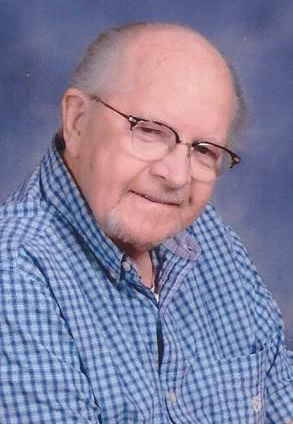 Arnett Lee Mills, 78, of Danville, went to meet Jesus on Thursday, January 9, 2020 after a strong fight against cancer. On June 22, 1941, he was born in Whitmell, Va. to James Radford and Ruby (Adkins) Mills. He was a very good man who touched the hearts of many with his talents, his personality and his amazing testimony. He retired as a school bus driver from Twin Springs Elementary School at the age of 74. He is survived by his son, Arnett Randall "Randy" Mills (Joy); a daughter, Jennifer Mills; a brother, Shirley Warren Mills; a grandson; great-granddaughter; a niece and a nephew. Funeral services will be held on Thursday, January 16, 2020 at 1 p.m. from Townes Memorial Chapel with his close friend Charles Adkins officiating. The family will have a visitation on Wednesday, January 15, 2020 from 6 until 8 p.m. at Townes Funeral Home and at other times will be at the residence, 221 Sunset Drive in Dry Fork. The family will also hold a memorial service, celebrating his life in June. Townes Funeral Home and Crematory, 215 West Main Street is serving the Mills family. Online condolences may be made to the family by visiting www.townesfuneralhome.com. 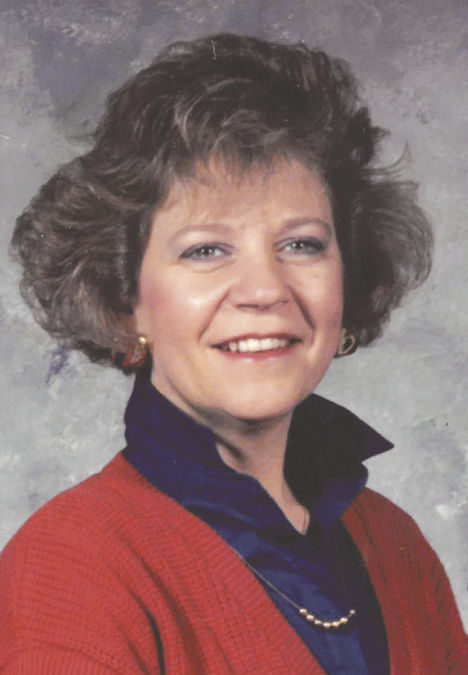 Jack Scism, 87, award-winning journalist, public servant, loving husband and father, departed this life on the morning of Saturday, January 11, 2020, to join his wife of nearly 60 years, Nancy, who preceded him in death in February, 2014. Following Nancy's death, Jack moved from Greensboro, N.C. to Reston, Va. and most recently called Fairfax, Va. home. He was surrounded in his final days by his four children, Laura Greenspan of nearby Reston, Leslie Scism of Yardley, Pa., Jackie Noble of Davidson, N.C., and Jack Scism Jr. of Alpharetta, Ga. Jack was born during the heart of the Depression in Danville, Va., on July 21, 1932, the second son of P.E. and Modelle Scism. He lived an idyllic life on the family's tobacco farm in Pelham, N.C. with brother Thomas Edgar and sister Mary Elizabeth. They squabbled over farm chores and created their own toys out of discarded household items. Jack attended George Washington High School in Danville, where he met his future wife, Nancy Fox. Farming would remain in Jack's genes, but Jack got the reporting bug at GWHS. He became Sports Editor of the school's "Chatterbox" newspaper, where Nancy was editor-in-chief. He attended the University of North Carolina at Chapel Hill, earning a degree in journalism. He and Nancy married within weeks of their college graduations. Jack was commissioned as an officer in the United States Air Force, and they left for Texas, where he flew KC-97 Stratotankers during the early years of the Cold War from bases across Texas and Canada. Jack returned home to Pelham, where he helped his father farm tobacco as he also worked full-time as a reporter at The Danville Register for the next 12 years. He moved on to the Greensboro Daily News in 1969 while continuing to live in Pelham to manage the family farm. A series of investigative stories written with fellow Daily News reporter Ned Cline uncovered widespread abuses in the N.C. parole system. The award-winning stories led to Jack's appointment in 1974 as Chairman of the state Paroles Commission by then-Gov. James Holshouser. Jack returned to the Daily News in 1977. Two years later he led a team of reporters covering the KKK/Communist Workers Party shootout in Greensboro. Their coverage was chosen as a finalist for a Pulitzer prize. He was oft recognized for his business writing, covering the furniture market, the Greensboro airport, banking and economic developments. Jack finally retired in 1996, but remained active in journalism with his popular weekly "Remember When" column for the now-named News & Record. When he declined to refill the ink for his pen, he and Nancy traveled up and down the Eastern seaboard visiting grandchildren, tended his yard and Nancy's rose gardens, and watched the Atlanta Braves and, of course, his beloved Tar Heels. He would have considered himself fortunate to miss Carolina losing to Clemson at home. In addition to his four children, survivors include sons-in-law, Jack Greenspan of Reston, Va., and Dean Noble of Davidson, N.C.; and daughter-in-law, Amy Scism of Alpharetta, Ga.; sister, Betty Hubbard of Roxboro, N.C.; and brother, Tom of Charleston, Ill. Grandchildren are Joshua, Matthew and Litton Greenspan, Dashiell Brown, Jacob and Nicholas Noble, and Margaret Randell and Ryan Scism. Great-grandchildren are Florence, Rafferty, Albert, Krystof and Anna Greenspan and Lillian Scism. He will be laid to rest alongside the love of his life, Nancy, in a short ceremony at 1 p.m. on Friday, January 24, 2020 at the New Garden Cemetery in Greensboro. A reception will follow. In lieu of flowers, the family requests donations be made in Jack's honor to The Salvation Army or Fisher House. 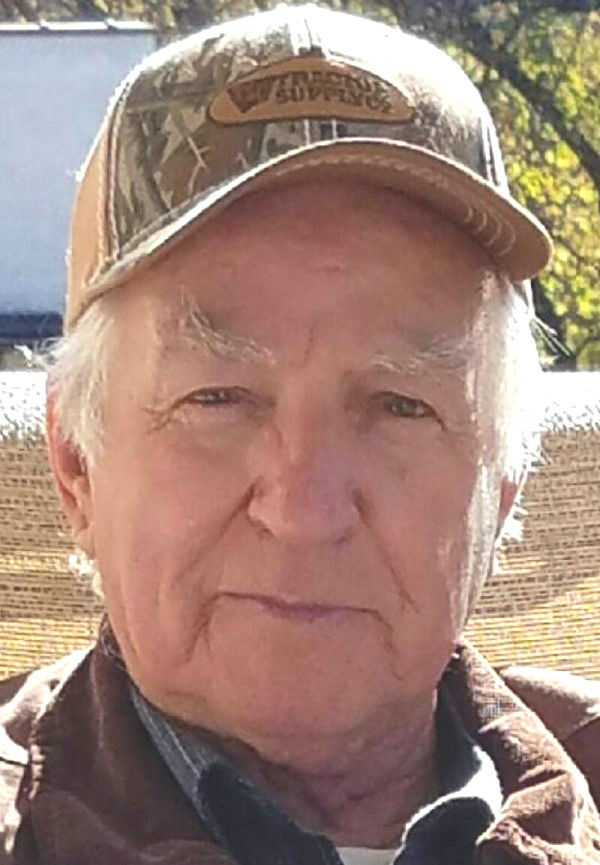 Mr. Joseph Leonard Webb Sr., 84, of Bassett, Virginia entered eternal rest Saturday, January 11, 2020. He was born April 22, 1935 in Carol County, Virginia. In addition to his parents he was preceded in death by his son, James Webb. Mr. Webb is survived by his two sons, Joey Webb Jr. and Jerry Webb; grandchildren, Brylee Webb and Tyler Webb; great-grandchild, Carter Taylor; and a special friend and caregiver, Carol Webb. Mr. Webb served in the Army and was a hard-working man that enjoyed talking to people and always there to lend a helping hand. He had over 30 years of trucking experience with Roy Stone and also 12 years as a business agent for Teamsters Local 22. The family will receive friends on Friday, January 17, 2020 at Collins Funeral Home chapel from 12 until 1 p.m. Service will be at 1 p.m. immediately following with Elder Jamie Hancock officiating. Burial will be at Roselawn Burial Park. Online memorials may be made at CollinsMckeeStonefuneralhomebassettcom. 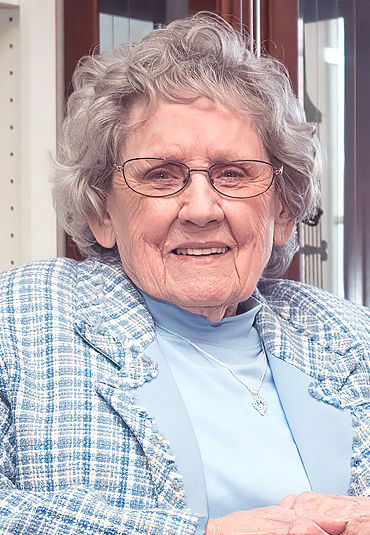 Annie Thelma Williams Hunt passed away on Friday, January 10, 2020, one week after her 103rd birthday. Born to James Floyd Williams and Martha Jane (Mattie) Butcher Williams in Keeling, Va., Thelma spent most of her life in the Danville area. She attended Averett College and worked as a secretary and a bank teller before marrying James Nathaniel Hunt. She followed him to several army bases before he was sent to Europe during World War II. Survivors include son, James Nathaniel Hunt Jr. (Carol); Janice Hunt Camp (Jim); grandson, Bradley Grey Rosson (Laura); grandson, Wesley Craig Rosson (Monique); and great-granddaughter, Charlotte Grey Rosson. One sister, Naomi Williams Houser, is the only one of her six siblings to survive her. Numerous nieces and nephews and their families were very dear to Thelma. A gathering of family members, many of whom live far away, will take place at a future date. Townes Funeral Home is serving the Hunt family. Online condolences may be made to the family by visiting www.townesfuneralhome.com.

Mr. Danny Eaton, age 68, of Danville, Va., passed away unexpectedly on Monday, January 13, 2020 at his residence. He was born on October 30, 1951, in Danville, Va., to the late John David Eaton and Minnie Rice Eaton. Mr. Eaton worked for Wal Mart as a truck driver. He served his country in the United States Navy. He is survived by his son, Shane Eaton (Ann); grandchildren, Christian, Jordan, and Erin; great-grandchildren, Abbiegail and Arabella; sisters, Rachel Pye, Marie Walker, and Dorothy Jones; and brother, Peter Eaton. In addition to his parents, Mr. Eaton was predeceased by his son, James Eaton. Funeral services will be conducted at 12 p.m. on Friday, January 17, 2020 at Swicegood Funeral Home with Dr. Charles Scearce officiating. Visitation will be held one hour prior to the service at the funeral home. Interment will follow in Bethel UMC Cemetery, 6258 Park Springs Rd, Pelham, NC 27311. At other times, the family will be at Mr. Eaton's son's residence, 3688 Union Hall School Rd, Callands, Va. Military honors will be provided by the United States Navy and the American Legion Post 1097. Swicegood Funeral Service is respectfully serving the Eaton family. Please sign the guestbook at www.swicegood-barker.com, www.facebook.com/swicegoodbarker, and www.godanriver.com. 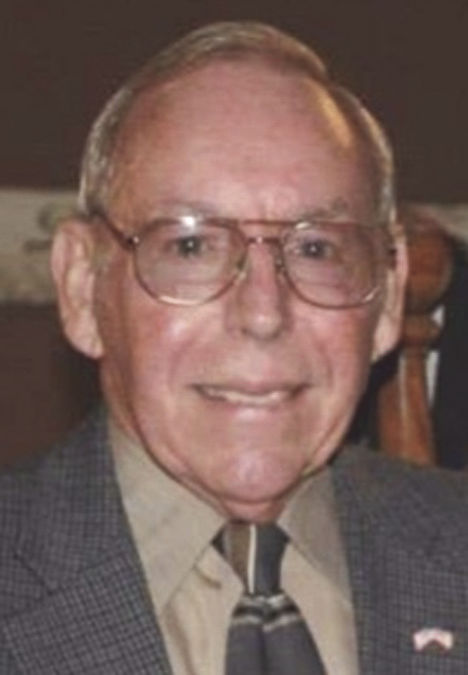 William Dan Saunders, age 76, passed away on Monday, January 13, 2020, at SOVAH Health-Danville, after a long courageous battle with cancer. He was born on June 29, 1943, in Person County, North Carolina, to the late Ivor Lee Saunders and Doris Wrenn Saunders. He worked all of his life as a master carpenter and draftsman. He worked 25 years for Southside Manufacturing, Inc. After that, he worked for North End Cabinet Shop for 12 years and before he retired, he worked at Danville Lumber. He was married to Lois Wilson Saunders, who survives, for 58 years. They had three children, Danny Lee Saunders (Monica) of Danville, Virginia, Denise Saunders Cox (Brian) of Ringgold, Virginia, and Sandra Saunders Jennings (Robert) of Chatham Virginia. He is also survived by six grandchildren, Thomas David Newcomb (Jennifer), William "Billy" Newcomb (Katherine), Kameron Lynn Reagan (Amber), Katelyn Smith Waltz (Tyler), Kristopher Lee Saunders (Danielle), and John Tyler Jennings; eight great-grandchildren, Aaron Cole Newcomb, Chloe Arnold, Mason Newcomb, Elijah Newcomb, Brantley White, Braylyn Reagan, Brennan Reagan and Waylon Lee Saunders; expecting two additional great-grandchildren; brothers, Ivor Saunders of Fitzgerald, Ga., and Ernest Saunders of Danville, Va. In addition to his parents, Mr. Saunders was predeceased by a daughter, Eunice Marie Saunders; a brother, Roger Lee Saunders; and a nephew, William Charles Saunders. His family and friends meant the world to him and he enjoyed each and every moment with them to the fullest. Visitation will be held on Thursday, January 16, 2020, from 6:30 until 8:30 p.m. at the Swansonville Pentecostal Holiness Church. Funeral services will be held on Friday, January 17, 2020, at 2 p.m. at the church and interment will be at Floral Hills Memory Gardens. Officiating the service will be the Rev. Marcus Heffinger, the Rev. Fredrick Vicks, and the Rev. Mike Hearp. At other times, the family will be at the residence, 3296 Orphanage Rd., Danville, Va. Swicegood Funeral Service is respectfully serving the Saunders family. Please sign the guestbook at www.swicegood-barker.com, www.facebook.com/swicegoodbarker, and www.godanriver.com.