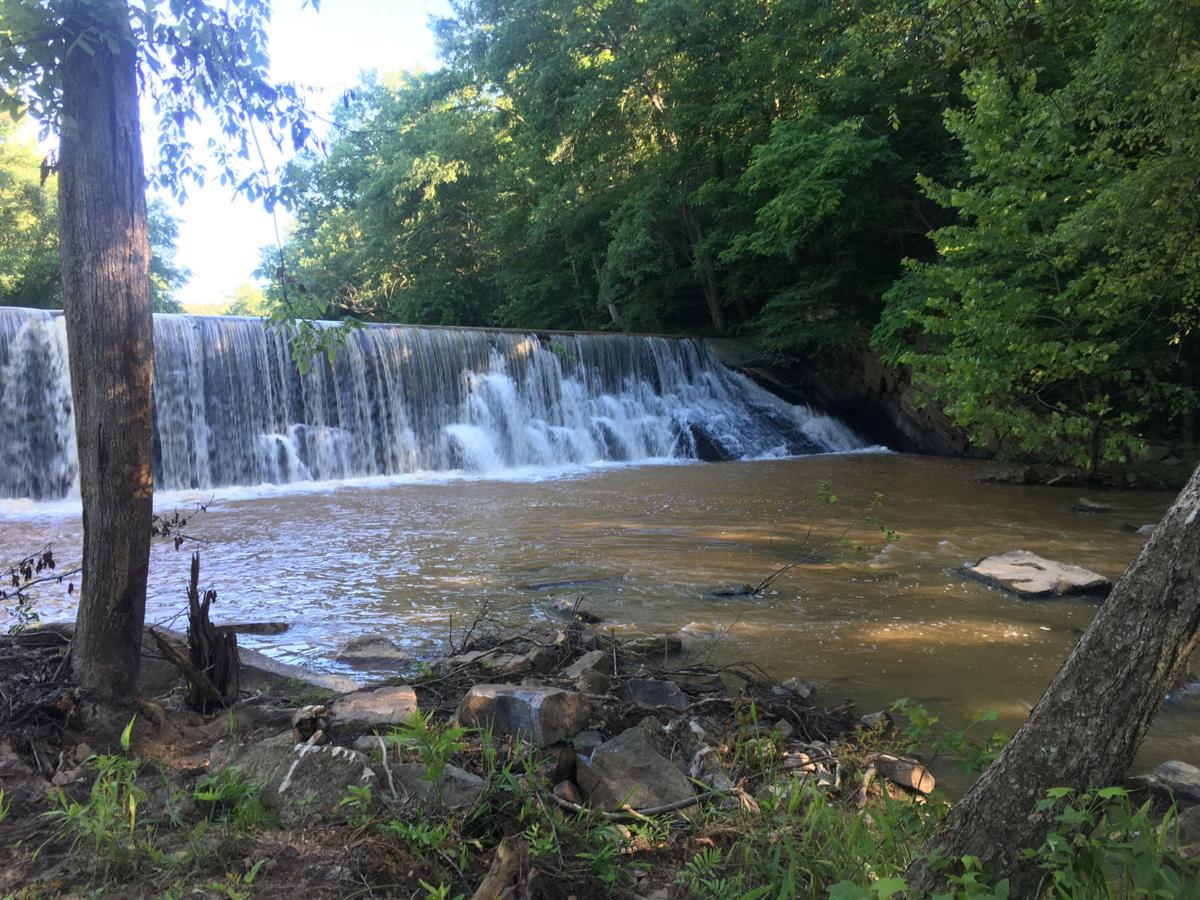 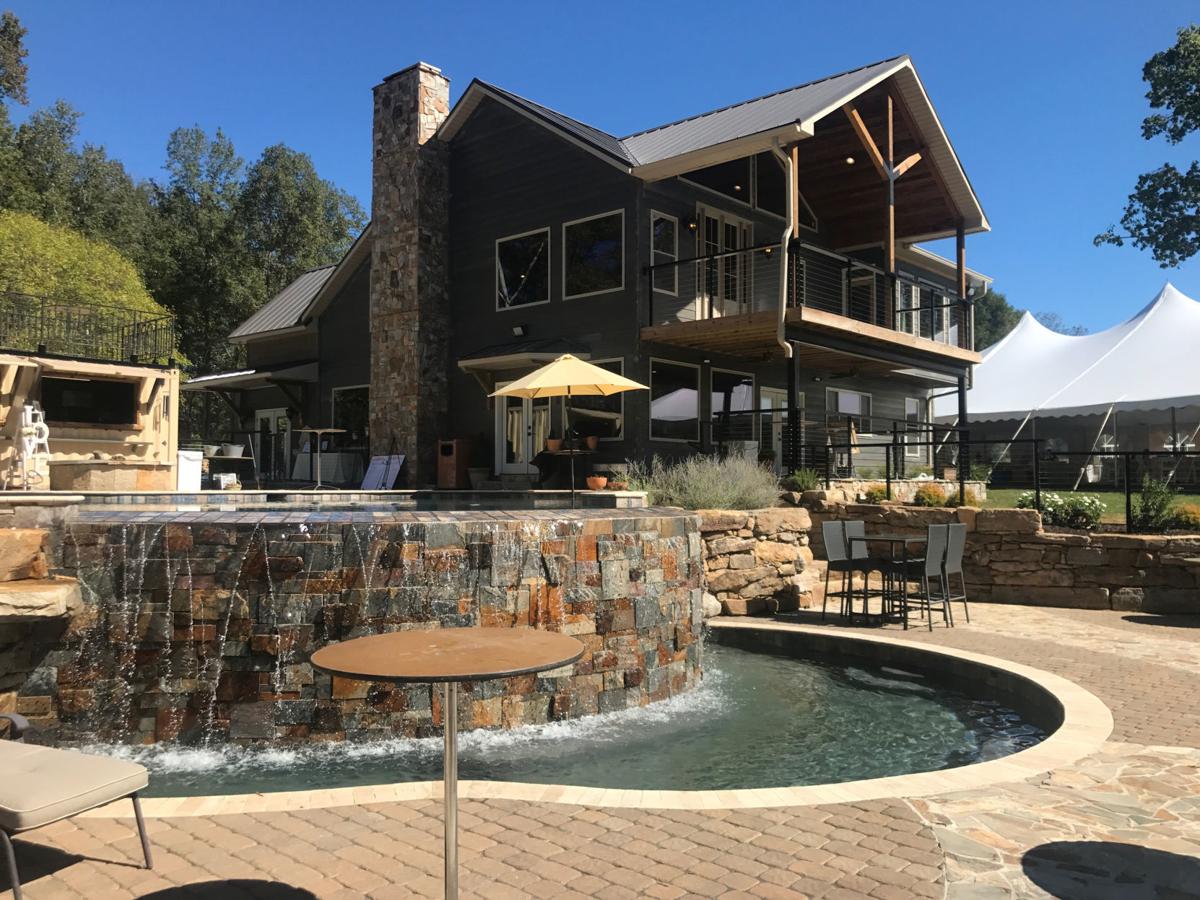 An infinity waterfall pool feature has been added and a performance pavilion is in the works. 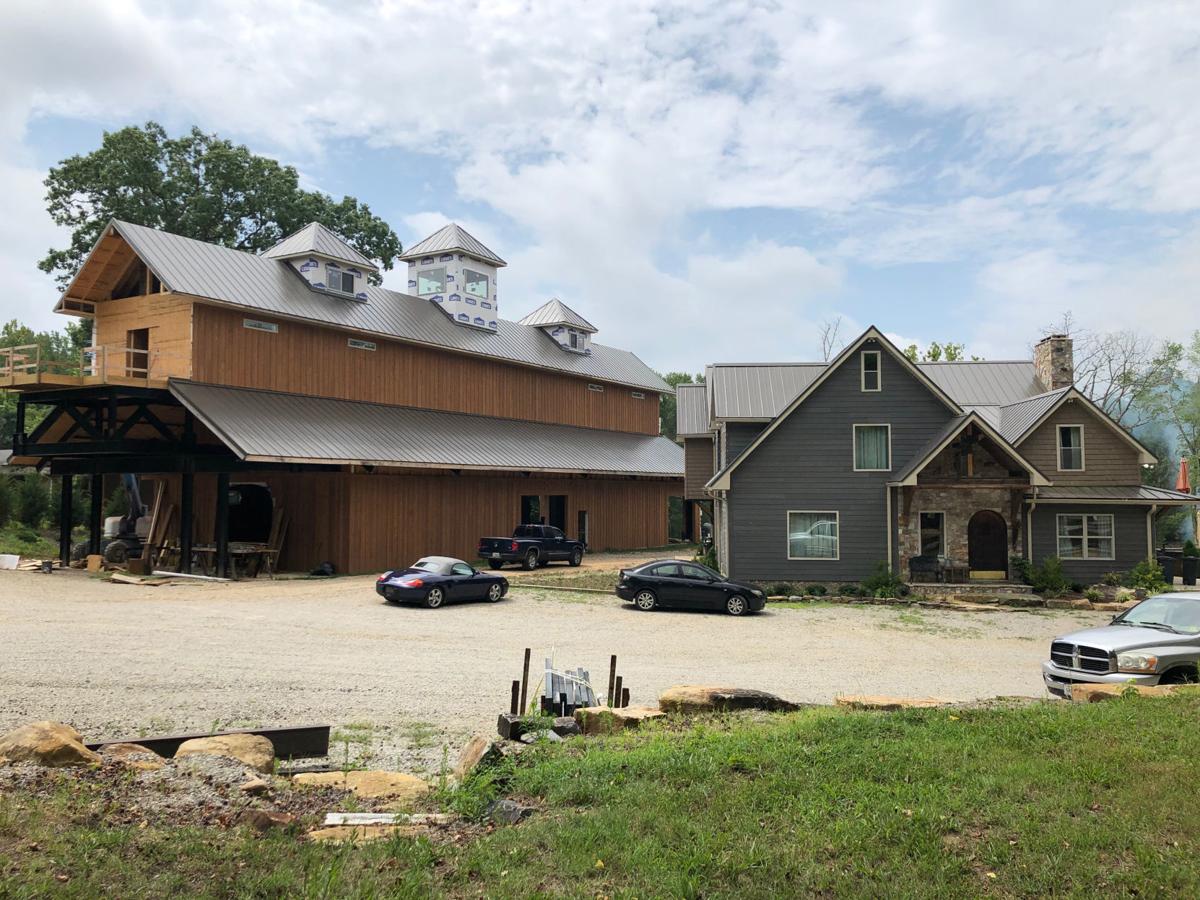 While the amphitheater site of Atkinson’s property suits larger events, the Miller’s mill property is being developed with the hope of using it for more niche, upscale events.

An infinity waterfall pool feature has been added and a performance pavilion is in the works.

While the amphitheater site of Atkinson’s property suits larger events, the Miller’s mill property is being developed with the hope of using it for more niche, upscale events.

With the previous economic makeover on the Dan River Region, there is a rising tide in revitalization. One group of residents is determined to bring that regrowth to the farthest corners of the community, specifically Pittsylvania County.

Area realtor Chuck Eskey along with Raleigh, North Carolina, transplants husband and wife Dave and Diane Miller has been tirelessly building and cultivating the land at two sites in Pittsylvania County: one owned by J.R. Atkinson and another owned by the Millers.

“I think Danville is a beautiful area, but it is lacking these types of spaces,” Eskey said.

Atkinson purchased his property, a White Oak Mountain plot, a few years back. His business also owns and operates the Atkinson Farm wedding and event venue in Danville. This county property will have similar rustic appeal.

A year and half or so ago, Atkinson and Eskey began to collaborate on bringing the spot up to event standards. Eskey himself was already at work at another White Oak Mountain site with the Millers.

The Millers found their dream estate in Pittsylvania County by accident. As long time residents of Raleigh, North Carolina, they grew tired of the one dimensional terrain and hustle of the growing metropolitan area. So they sought out a dream retirement spot: somewhere within Diane’s home state of Virginia with peaceful mountain views.

“It was by accident. We would sometimes just drive,” Dave said with a chuckle. “We bought it maybe in 2016 and we’ve been working on it ever since then.”

Their drives through county after county in Virginia finally brought them through the captivating geography of the largest county in the state: Pittsylvania. Diane, a contractor, and Dave, an engineer, had found their future retirement home.

“We bought the farm down in the lower area out there,” Diane explained. “We needed somewhere to stay while we were building the farm.”

In addition to building the space to be an event site, the couple has been farming the land with soybeans. The Millers are determined to make it the space produce profits as an event location, too, hoping to keep it in operation long into retirement.

Eskey and the Millers started Big Sound LLC as the company behind their efforts. So far their plans include developing the picture-perfect venue spaces for all types of events, from weddings and intimate shows to larger scale festivals and big crowd attractions.

“It was a passion to do something with this property,” Eskey explained. “It just kind of started falling into place together.”

The idyllic locations are classic country gems with flowing green spaces and towering trees and magical water features. History abounds at each with landmarks and textbook names. The Atkinson property boasts 120 acres with its own natural amphitheater and a pond. On the Millers’ property there is an 18th century hand-laid stone mill structure complete with a 15-foot dam.

“The place is just beautiful, it has to be utilized,” Eskey commented.

These beautiful elements attracted the team to its potential. In fact, the Atkinson property on Carson Lester Lane was originally constructed to be an outdoor event facility, but about 15 years passed without it receiving the needed attention.

Event infrastructure already was established to support camping as well as live performances. Big Sound concluded the bones were healthy enough to be brought back to life.

“I did concerts all up and down the East Coast — I had a sound company — and it’s literally the nicest amphitheater I’ve seen,” Eskey commented about the Atkinson features. “It’s got views you can see 50, 60 miles.”

For over a year, the trio has spent weekends working the rural White Oak Mountain properties to be fit for large event crowds. It has involved a great deal of construction, too, as they built up facilities and seating areas for events to use.

The style approach has been rustic and traditional, emphasizing the natural beauty. Much of the wood and stone work that the team has planned and executed is conscientiously harvested from the property. Their goal in both locations is to stabilize any historical elements and clean up and reuse anything remaining.

At the mill property, located off Motley’s Mill Road, there was a larger construction effort required. The historic mill property had decayed onto itself and was not structurally safe. The old wooden beams and stones were torn down and repurposed throughout the site.

“Unfortunately the mill had been left in such a condition the back of it was caving. There wasn’t much we could salvage,” Dave said, adding there was quality lumber available.

They hope in the future to build a steel-fortified performance deck to showcase the building’s site. An infinity waterfall pool feature has been added and a performance pavilion is in the works.

The history of both locations is to be preserved as part of the attraction for visitors. Construction work on the mill property is scheduled to conclude by autumn on the lower portion, but the upper former mill site portion of the property will continue to be developed.

This September, the Atkinson natural amphitheater space was set to be put to the test with its first event this summer, The Ridge Classic.

“This one is kind of ‘go big or go home,’” Eskey commented about inaugural event from the company. “The main thing is getting noticed, just getting people out there to enjoy it.”

Big Sound hosted what they called the largest classic rock festival in Virginia. The event will put on the performances of eight tribute rock bands. They chose this genre based on their own informal research of which could attract the largest crowds.

This event will endeavor to be more than music shows as they hope to attract the whole family with various events. There will be helicopter rides, motorcycle and car cruise-ins, and children’s activities.

While the amphitheater site of Atkinson’s property suits larger events, the Miller’s mill property is being developed with the hope of using it for more niche, upscale events. Scheduling for that is yet to begin as much construction work is still underway.

“I really had no idea the amount of work. When I first started, I thought ‘Why ain’t anybody doing that?’” Eskey joked. “Now I understand. It is a lot of late nights.”

Eskey could not even guess how much time or money he and his partners in Big Sound have contributed toward these projects. Their passion outweighed the daunting dimensions of the workload.

“Chuck had a passion for doing this, and we were excited,” Dave said with a noticeable jump in emotion.

Now featured on the official state tourism site, Big Sound is ready and waiting for its new audiences.