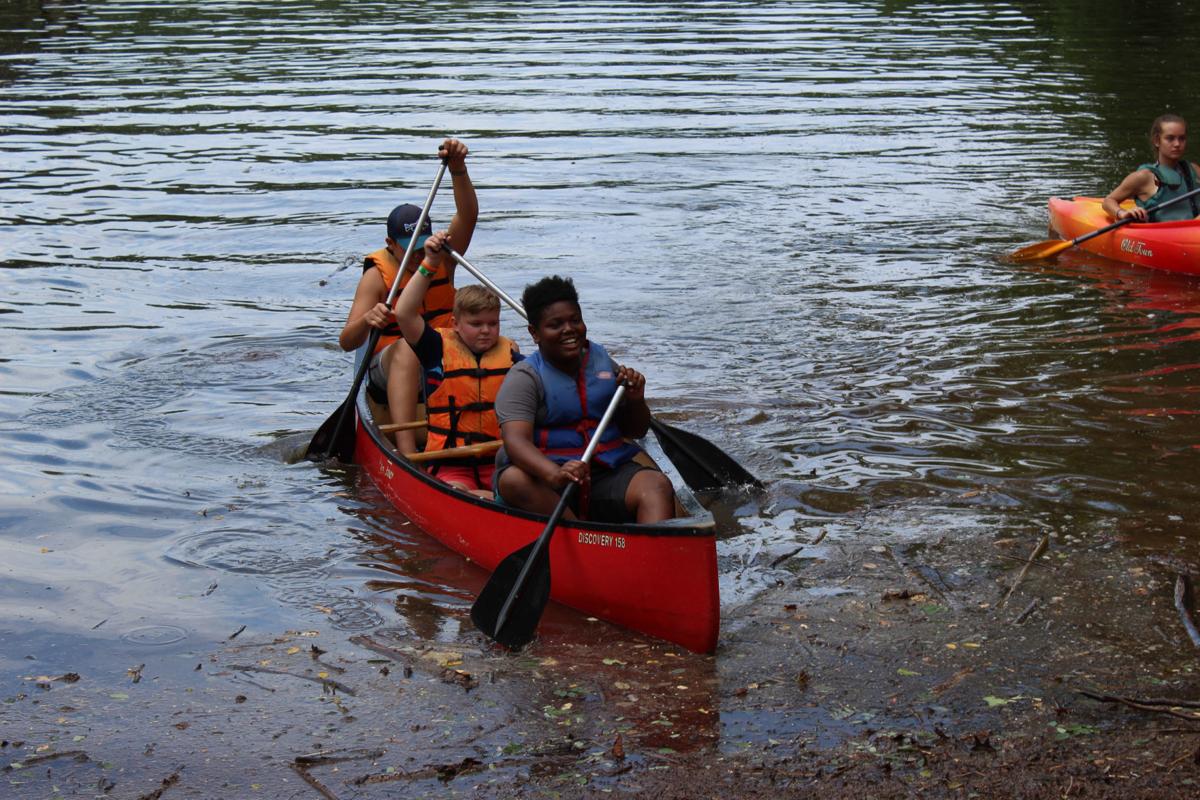 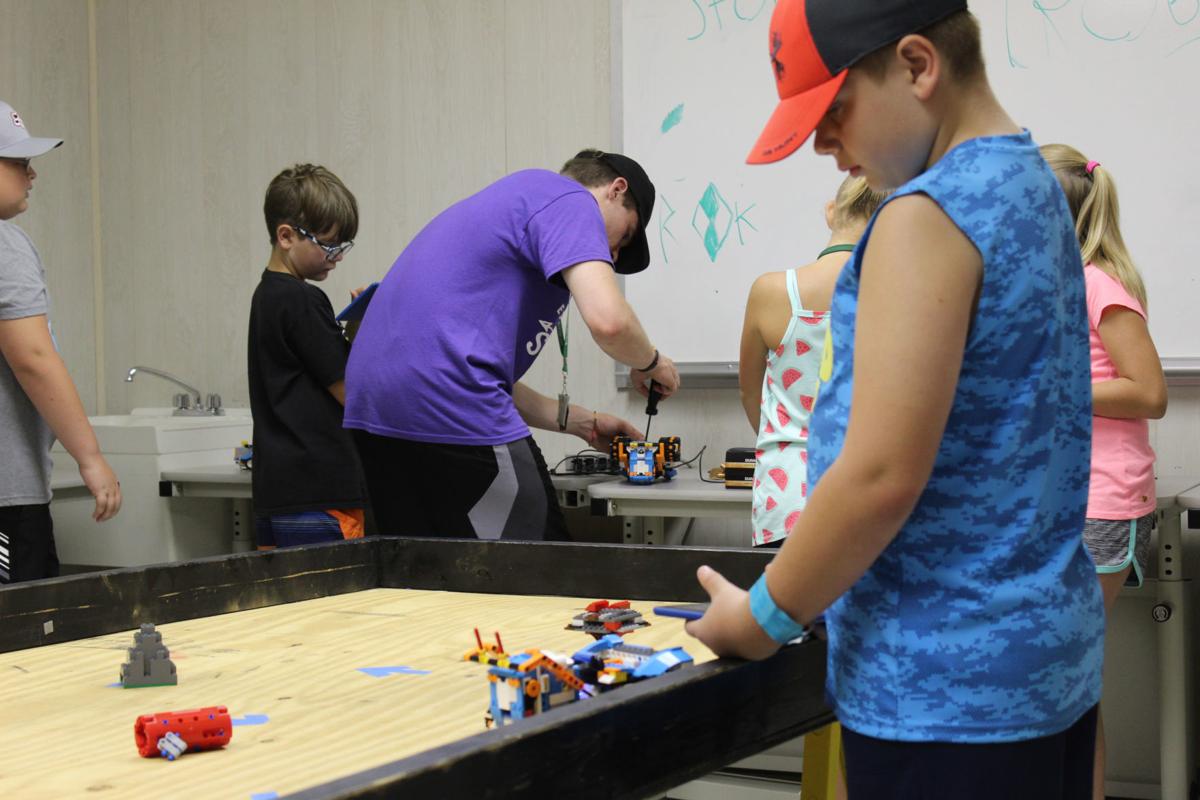 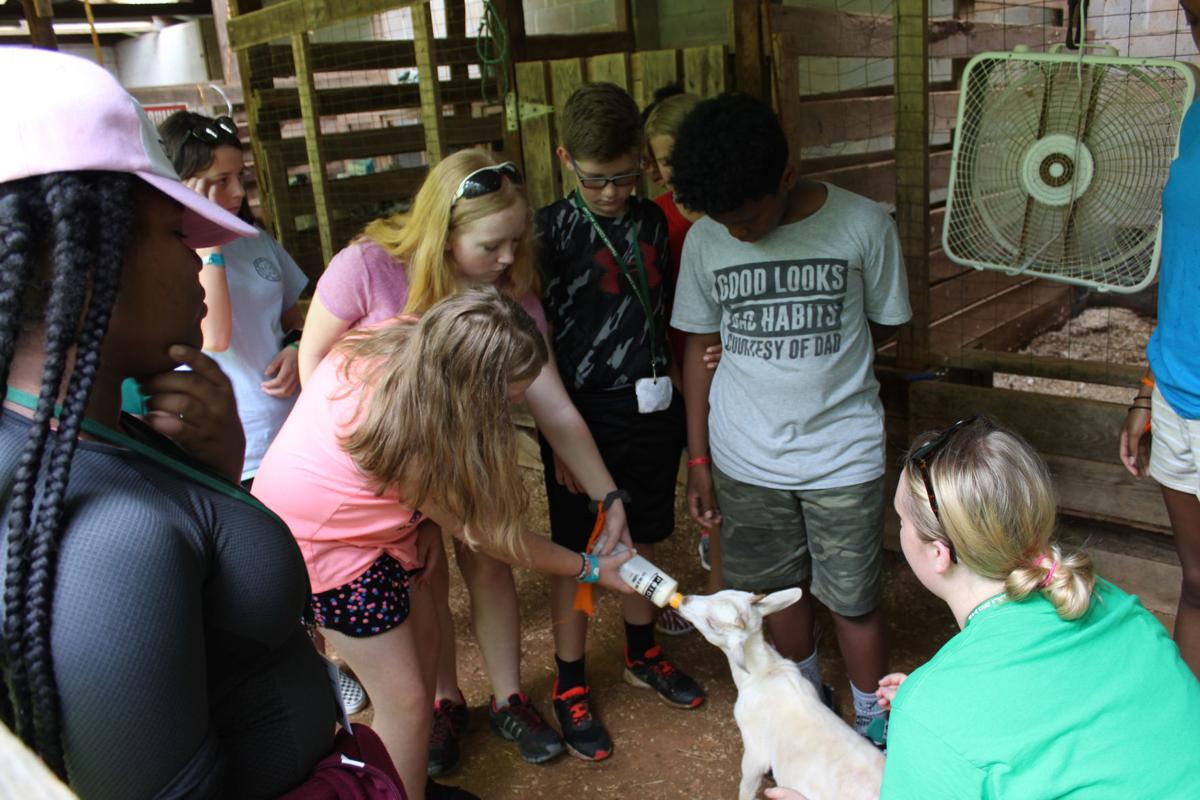 For many 4-H students, camp offers new experiences, like interacting with farm animals. 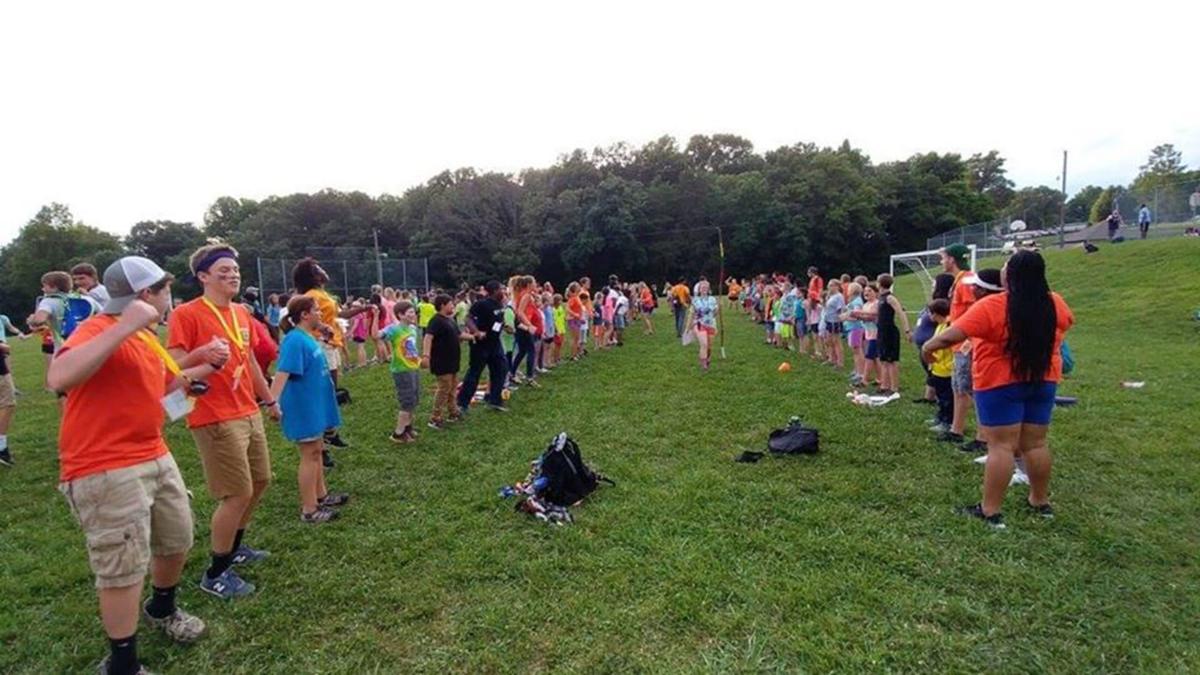 Justin Buchinsky (second from left) helps lead out in a summer camp activity. Each year, he volunteers as a camp counselor at the 4-H summer camp located at Smith Mountain Lake.

For many 4-H students, camp offers new experiences, like interacting with farm animals.

Justin Buchinsky (second from left) helps lead out in a summer camp activity. Each year, he volunteers as a camp counselor at the 4-H summer camp located at Smith Mountain Lake.

It was nearing summer and Justin Buchinsky’s mom was looking for something for him to do.

Being a city kid, he experienced for the first time things like fishing, interacting with farm animals and other outdoor adventures.

“I got to participate in all of these projects that I’d never been able to do before,” Justin Buchinsky said.

What began as “The Tomato Club” or the “Corn Growing Club” in Clark County, Ohio, in 1902 currently is the nation’s largest youth development organization. The 4-H Club, which now has a program in every county and parish in the country, provides more than 6.5 million children with opportunities to learn and grow.

Justin Buchinsky, who graduated from George Washington High School in 2019 and currently attends Virginia Tech, first heard about the 4-H Club several years ago when his mother, Tracy, signed him and his younger sister, Katie Buchinsky, up for a summer camp.

“One year my mom was looking for something for me to do over the summer,” Justin Buchinsky said. “4-H offered all of these activities that a normal city kid wouldn’t really be given the opportunity to do. She sent me to camp. It was fun.”

Because of his positive experience at camp, his mom encouraged Justin to join the Danville 4-H Club, which he did.

Tracy Buchinsky, who never went to any summer camps as a child, thought it would be an awesome experience for her two children, and then her youngest child, Chris Buchinsky, when he was old enough.

“We have one club here, it’s the Danville 4-H Teen Leadership Club,” Hale said. “Its primary goal is community service and community engagement.”

The club focuses on teaching volunteerism and encourages members to participate in service projects in the community.

“It’s no secret that there’s a lot of avenues that they could explore that aren’t as good. We see that on the news often enough that I don’t think we even need to discuss it, but you have to have an alternative route,” Hale said.

Youth-based groups like 4-H encourage children and teenagers to spend their time and energy productively.

Justin Buchinsky not only agreed to join the local club, but he also recruited other members.

The membership in Danville took off.

“I’ve been a member of 4-H Club for six or seven years now,” Justin Buchinsky said. “I’ve been to camps, I’ve been to the programs, the service projects, things like that.”

Now at 18-years-old, Justin Buckinshy not only is a member of the group, but he also volunteers his time with the club. For several years, he’s helped out at the 4-H’s Smith Mountain Lake summer camp.

“I enjoyed it, so I went back and then got provided the opportunity to be a counselor,” Justin Buchinsky said.

At the Danville 4-H Club, Hale teaches teens how to be successful camp counselors before they ever head up toward camp in Franklin County.

“They take responsibility of the youth group for a week. They become in loco parentis — they’re their own little parents,” Hale said. “They make sure they’re safe and taken care of. They also help with classes and stuff like that.”

The summer camp position allows Justin Buchinsky to give back to his community in a way that’s familiar to him and in an area where his talents shine.

Being a counselor to younger children gives him a chance to leave a positive impression on children the same way volunteers impacted him.

“It’s been an amazing opportunity to have,” Justin Buchinsky said. “It’s allowed me to grow as a leader and develop all sorts of leadership traits and personal character traits. It’s helped me grow as a person for sure.”

Seeing him as a camp counselor gave Tracy Buchinsky a glimpse into her son’s maturity.

After one of his camps, her son came home and said he was hungry.

A puzzled mom questioned him. He said he was looking after six children all week, and he had to make sure they were at the table and at the meals. The kids were the priority.

“I had one kid who was very hungry,” he told his mom. “I’d let all the kids eat first and then I’d eat whatever was leftover.”

For a couple of meals, he didn’t eat much.

“It was heartbreaking, but you get it, you know,” Tracy Buchinsky. “This is what helping and taking care of other people sometimes is. It’s self-sacrificing a little bit. I was so proud to hear some of the things of how they work together and take care of everybody.”

Some of his favorite memories with the local club over the years include participating in various service projects, such as volunteering for Christmas events at Ballou Park, helping farmers at agriculture conventions and raising funds for children who want to go to 4-H summer camp, but their families can’t afford it.

For other area children or teenagers who would like to get involved in 4-H, the door is open.

“They can be young as 5 and on up to 18 or even 19 depending on when their birthday falls and to apply, they just need to contact the office, either the city or the county office,” Hale said.

Housed at various elementary and middle schools, after-school centers and community centers in Danville, children can easily access a 4-H Club near them.

“We’re trying to reach as many people as we can, trying to get all the diversities that the city of Danville has by being where those kids already are,” Hale said.

From a parent’s point of view, it’s worth giving the program a try.

“I absolutely adore the program and what they have been able to do,” Tracy Buchinsky said.