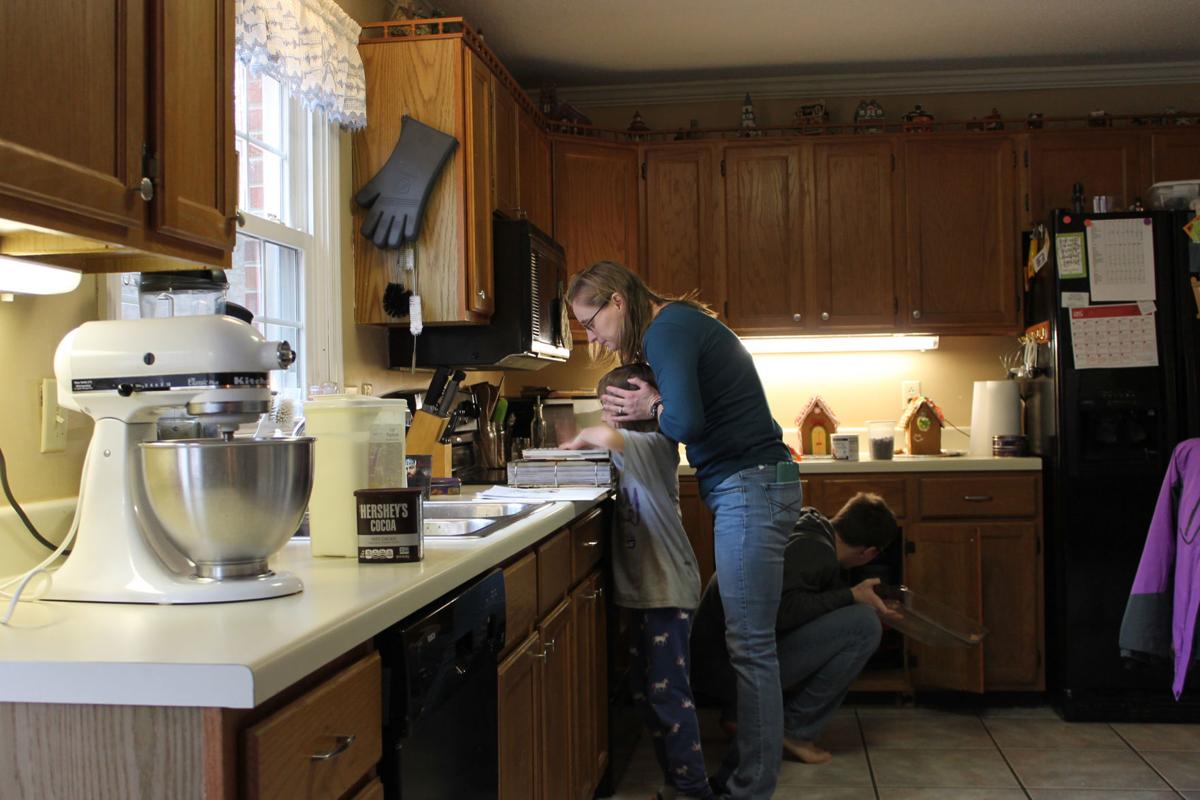 Renada Stafford and daughter, Abigail, 6, look over the recipe before beginning to bake. 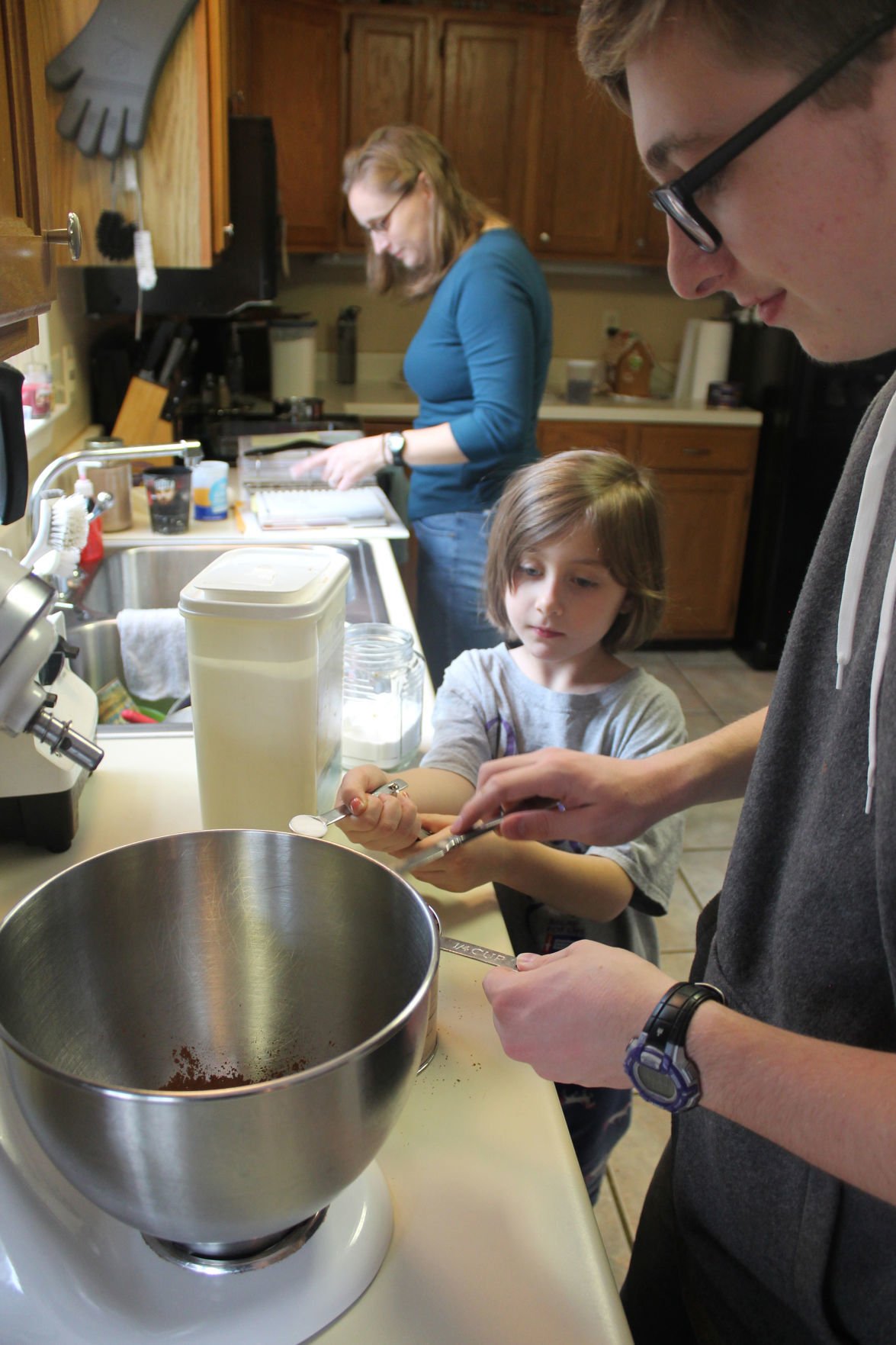 Abigail takes her turn at putting in ingredients for the brownie recipe. 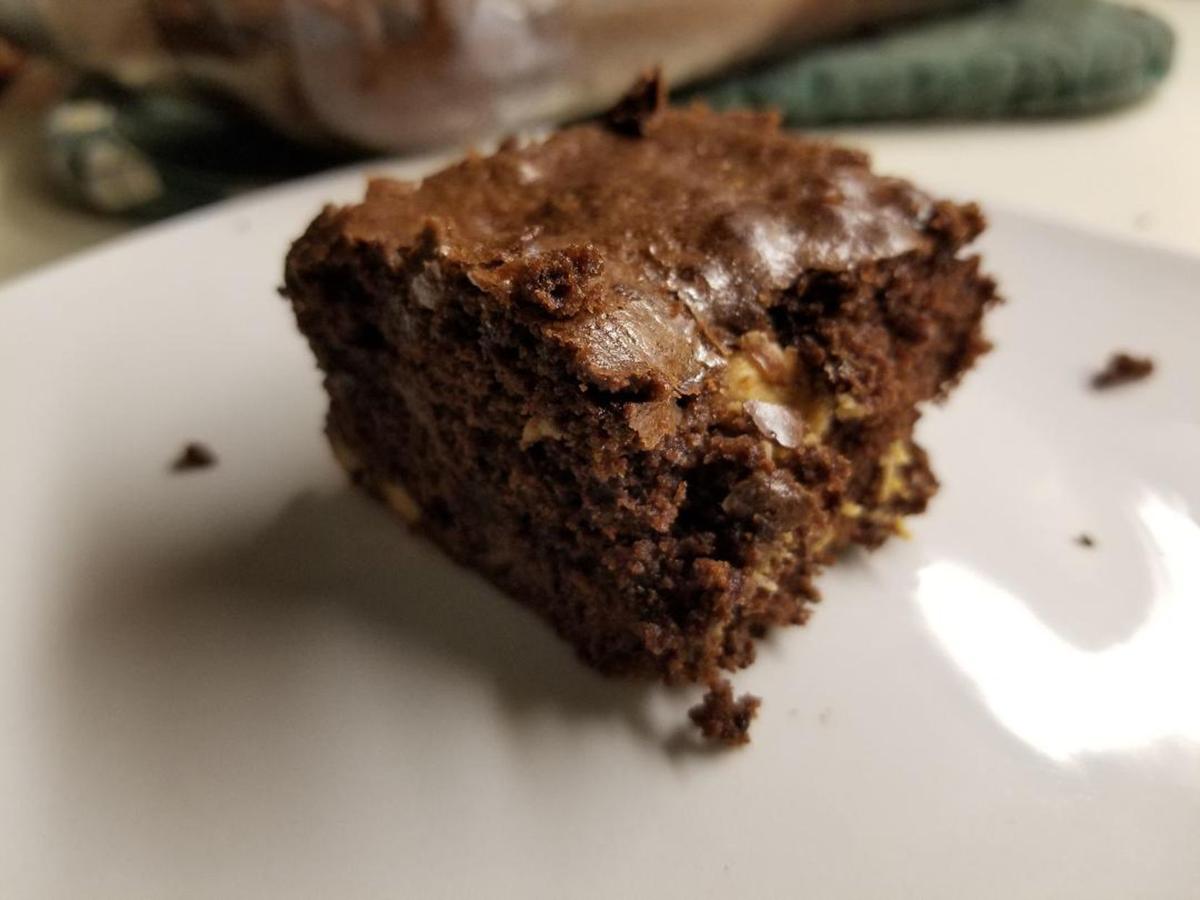 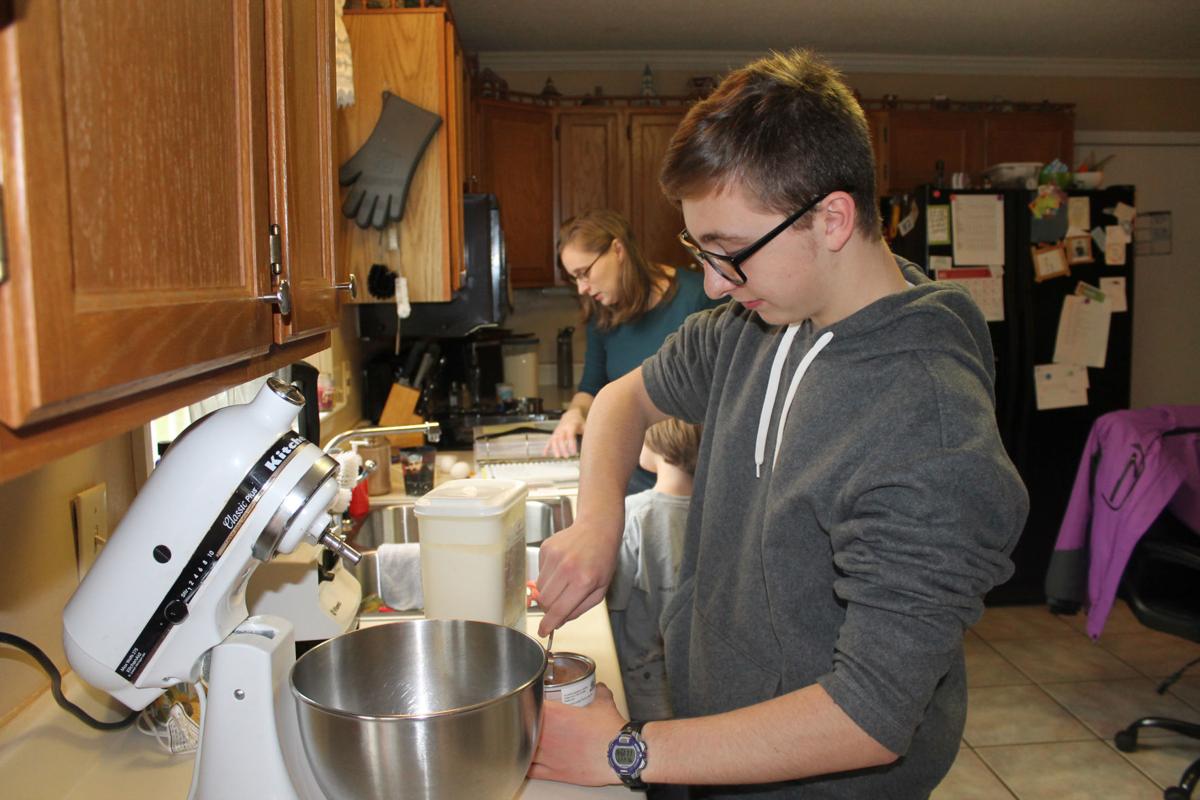 Christopher Stafford mans the mixer to bake the brownies. His mother said baking together as a family has taught the children valuable skills in the kitchen.

Renada Stafford and daughter, Abigail, 6, look over the recipe before beginning to bake.

Abigail takes her turn at putting in ingredients for the brownie recipe.

Christopher Stafford mans the mixer to bake the brownies. His mother said baking together as a family has taught the children valuable skills in the kitchen.

Cooking with kids can be both fun and a disaster before you actually can sink your teeth into a delicious cookie or cake.

But the Stafford family in Martinsville has enjoyed their experiences baking and cooking together every Sunday afternoon for the past year and a half.

Parents David, “Dave,” and Renada join Christopher, 16; Benjamin, 13; and Abigail, 6, to spend time together and enjoy the fruits of their labors.

“We started in September of 2018. We had been watching the Great British Bake Off and were amazed by the different things that they were baking on the show. I was also looking for something fun to do together on Sunday afternoons, so the two just clicked,” Renada said.

The interest of the children depends upon what they are baking, she said.

“Each of them has things they want to try out, and they’re more excited to bake the things they pick. I think they look forward to it, but that just may be the fact that there’s dessert involved,” Renada said.

Dad is involved too and often takes the leftovers to his dental office for his staff.

“It’s an opportunity to try something new together as a family,” he said. “I’ve always enjoyed cooking, whether it’s in the kitchen, on the patio or on a camping trip.”

Renada said he taught her a lot about cooking when they first got married.

Finding what to bake

Choosing the recipes to try out has changed through the months of baking.

“At first we picked recipes to try from the show, but after a while we started picking stuff we found online. A few of our bakes have been suggestions from friends and family,” Renada said.

She has “a ton of cookbooks,” but the majority of the recipes they pick are from Allrecipes or blogs we find on Pinterest, she said. “Occasionally, Dave gets a special request from a coworker. His office is usually the recipient of the leftovers if we have any, so they make requests.”

One of their favorite cookbooks is a Hershey’s chocolate cookbook, where they found Benjamin’s favorite double chocolate brownie cookie recipe.

She said it’s hard to pick the most delicious thing they’ve ever baked, but remembers easily their biggest failure.

“We’ve made some really tasty stuff. We made a cinnamon babka that was absolutely amazing. The giant swiss roll was huge hit as well,” she said. “But our biggest fail was when I made baked brie in puff pastry. The brie was a bit too ripe for Dave and the kids, so I was the only one to eat it.”

Sometimes they go all out and “do something crazy,” she said.

“A while back, we baked Dave’s grandma’s Appalachian Stack Cake,” she said. “Back during the Depression people would bring a layer of cake and put them together with apple butter in the middle. It’s almost like a cookie.”

Abigail says her favorite thing to bake is “Abigail Cake,” although her mother doesn’t really know which cake that is.

“They all unanimously agree that their favorite thing about baking is eating the tasty results. I think one of the best benefits we’ve seen from baking regularly together has been gaining some new and useful kitchen skills,” Renada said. “It’s nice to have kids who know their way around the kitchen now.”

Renada has been baking since she was a little girl, but she didn’t start cooking meals until after she and Dave married.

“The only thing I could make was pizza and lasagna since they’re baked,” she said. “But I must have been about 5 when I started baking. I vividly remember making a ‘cake’ that was just ingredients I thought belonged in a cake. It was squishy and tasted like jelly beans.”

A stay-at-home mom and artist, Renada usually cooks the meals during the week, but she said Dave is a good cook and takes the lead in preparing meals when he can.

“We also try to let the kids fix a meal every now and then. I’ve learned a lot by doing over the years, and this little adventure has just expanded that dramatically,” she said. “I think it gives us something fun to do together that helps us learn some new skills and gives us practice working together.”

They also have become better cooks, she said.

“Some of the more finicky kids are more willing to try out new food if they’ve had a hand in preparing it,” Dave added.

“It’s really about spending time together and these baking adventures have created additional opportunities to do that,” she said. ◆

Tips for cooking with kids

By Renada Stafford and Susan Elzey

Here’s a simple cookie recipe to try. For younger kids, pre-measure everything while they are otherwise occupied (or asleep!). Let older kids experiment putting in different chips and candies.

½ tsp. salt (don’t use if you used salted butter)