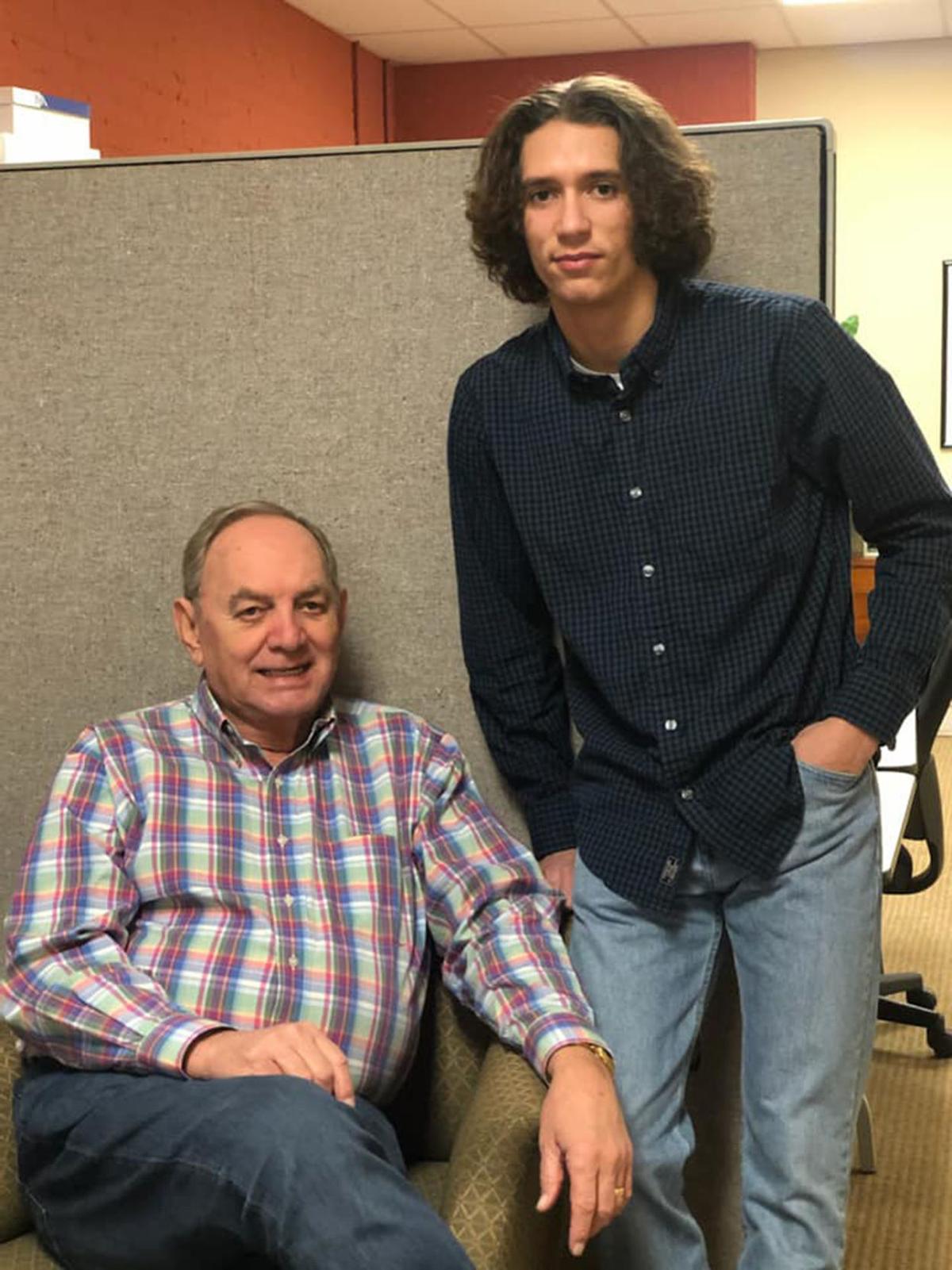 Former Danville mayor John Gilstrap (left) and his Little Brother, 20-year-old Liberty Barker, started meeting weekly when Barker was only 7 years old. More than a dozen years later, they still go out to eat and enjoy talking with one another. 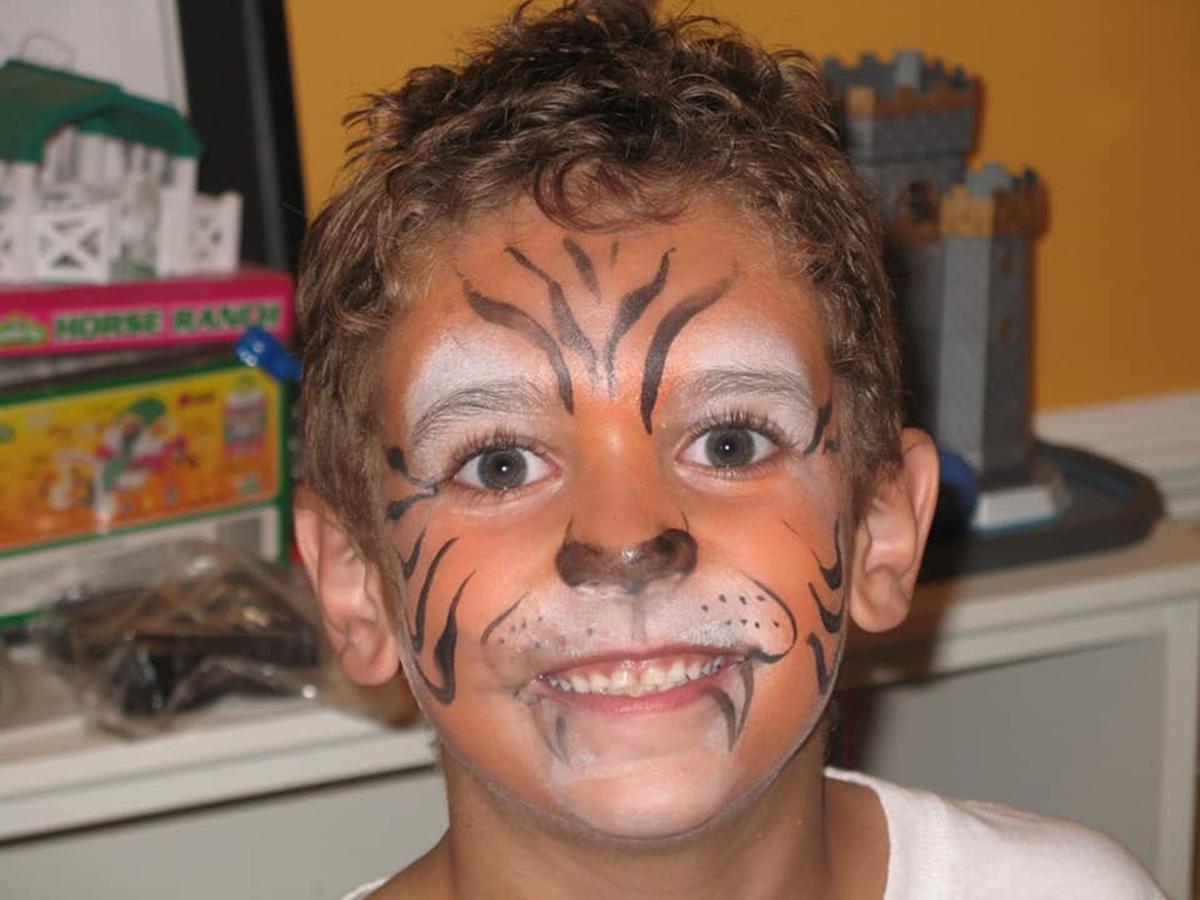 On one of John Gilstrap and Liberty Barker's first outings together, Gilstrap took then 7-year-old Barker (pictured) to a Clemson Tigers game.

Former Danville mayor John Gilstrap (left) and his Little Brother, 20-year-old Liberty Barker, started meeting weekly when Barker was only 7 years old. More than a dozen years later, they still go out to eat and enjoy talking with one another.

On one of John Gilstrap and Liberty Barker's first outings together, Gilstrap took then 7-year-old Barker (pictured) to a Clemson Tigers game.

W ith about 120 members in Danville and Pittsylvania County, it’s a family affair at one local youth-based organization. And the number of relatives keeps growing.

For each of the estimated 60 boys and girls in the program, there’s an older sibling stepping up to try to positively impact their lives. Here’s the catch — the siblings aren’t related by blood and they haven’t been adopted into the same family. However, they’ve been hand-selected to perfectly match each other’s interests, hobbies and livelihoods.

The children — who range from 6 to 14 — become matched with individuals 18 and older in Danville’s branch of the national Big Brothers Big Sisters organization.

The group operates two programs. The school-based program sends a mentor to school to visit with a child during a lunch period, according to Pat Daniel, Danville’s Big Brothers Big Sisters executive director.

For the community-based program, a mentor plans an activity with a child outside of their come.

There are no costs connected with the program and none of the volunteers are paid for what they choose to do with the children, referred to as “Littles.”

Danville Sheriff Mike Mondul serves on the Big Brothers Big Sisters board and also volunteers as a Big Brother. He’s currently mentoring his third child through the program.

“I really believe that one-on-one mentoring helps kids develop more positively,” Mondul said. “These are traditionally a challenged group of young men and women. They need mentors, so I think that giving of your time translates into a positive thing. I’ve seen that firsthand through the Littles that I’ve had.”

While children need to be between 6 and 14 to apply for mentorship through the program, it’s not uncommon for a Big and Little to remain in contact long after the official match ends.

“Sometimes that age goes over 14 if they have remained with the Little since before they turned 14,” Daniel said. “Some of them stay with their Littles until they are college age or in college.

A prime example of a mentee-mentor relationship that went far beyond the original age limit is that of John Gilstrap, a former Danville mayor, and Liberty Barker, a Danville Community College student who will graduate this fall.

Ironically, Barker wasn’t too excited about the program at first. It didn’t take him long to warm up to the idea after he met Gilstrap, who served on the organization’s board at the time.

“Originally it wasn’t my part of the deal, it was my mother’s. I was a lot younger at the time, so I never believed I wanted a Brother until I got one,” Barker said. “I never had a father figure, so my mother thought I should have a mentor at least, so that’s how I got into the Big Brothers Big Sisters program.”

The activities the matched siblings do together are up to the duo. What works for some pairings might not work for others, but each adult and child find things they both enjoy.

Mondul, who has been with the organization for a decade, expressed there’s plenty of fun, safe activities to do in town, including bowling, going to concerts and going for a stroll along the Dan River.

“Some of these kids probably don’t even know we have a Riverwalk Trail, which is sad,” Mondul said. “There’s a lot more to do around here than people think there is, just to get them out of the confines of their own house and keep them away from some of the things which are a challenge for any kid.”

For Gilstrap and Barker, their connection occurred 13 years ago over a love of sports — specifically, the Clemson Tigers. With permission, Gilstrap took then 7-year-old Barker to a college game featuring the team for one of their first outings together. It’s a day the former mayor remembers well — and one he even photographed.

“The first ballgame we went to, he was like, 7,” Gilstrap said. “He had his face painted up like a tiger. I love that picture.”

“Now that he’s 20, we don’t seem to be going and doing as much as we do just having lunch and shopping and visiting with each other,” Gilstrap said.

The two also have in-depth conversations about their current situations and the future. It’s one of Gilstrap’s favorite aspects of their maturing relationship.

“I think just the discussions that we have together. We’re pretty open with each other. We discuss everything from use of drugs to school to girlfriends,” Gilstrap said. “We feel pretty comfortable about talking to each other on any subjects.”

Barker also expressed the enjoyment he receives from talking with Gilstrap.

“More so often, we go to a restaurant and we talk about problems that we have between our lives and what happened and we try to solve it, our situations,” Barker said. “We try to come up with a resolution.”

The two also enjoy picking at one another.

“It makes an impact on their lives not only for just that day or just that time, that they’re together, but it makes an impact on their lives forever,” Daniel said. “It reduces the amount of crime that is in our community because they actually have someone to care about them. It cuts down on drug use, on early parenting and it also helps them with education and their career path.”

According to Gilstrap, Barker is on a path toward success.

“He graduated from high school and had excellent grades. I think he’s got a 3.7 GPA at Danville Community College,” Gilstrap said. “He is now very interested in going to a four-year college to get a degree in the performing arts. He wants to do voice acting.”

Being a part of Big Brother Big Sisters introduced Barker to a positive role model that’s now basically a part of his family.

Barker encouraged children skeptical about the program — like he originally was — to step out of their comfort zone and give it a try.

“I would tell them that it is very recommended. You should at least try it before you don’t. I don’t think it would hurt, I think it would help,” Barker said. “Truly, for anyone, I believe that it can work for anyone.”

Currently, there are upward of 20 children waiting on a Big Brother or Big Sister to join the program.

Those interested in volunteering need to be at least 18 years old and live in Danville or Pittsylvania County. All potential volunteers will have a criminal background check and child protective services check performed, have an interview with the director and also will complete training if selected for mentorship.

Gilstrap offered words of advice for adults interested in successfully mentoring a child.

“Be a good listener. Be there when they need you, through the good times and the bad times,” Gilstrap said. “Most of all, let them know you care about them and their future. And you love them as a person, regardless of differences.” ◆

For more information about joining Big Brothers Big Sisters — either as a volunteer or to enroll a child — visit the organization’s website at www.biglittledanville.org or call the office at (434) 792-3700.