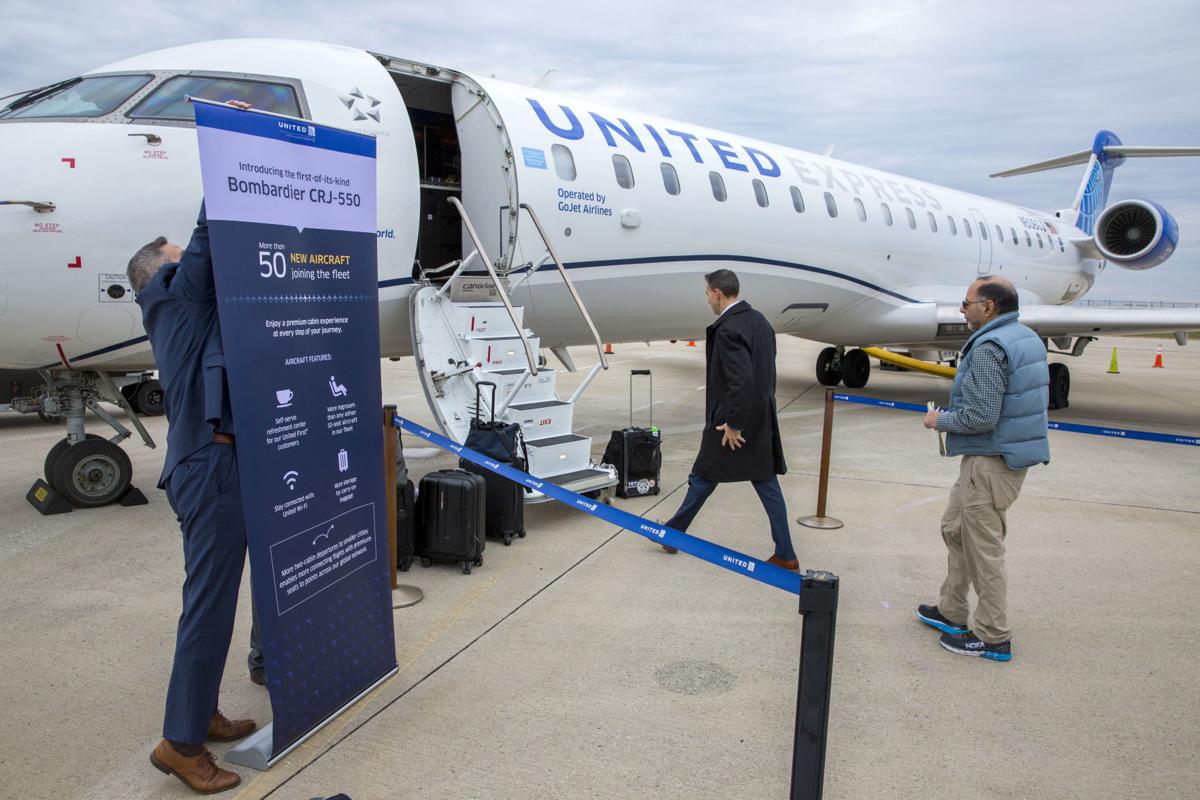 People check out United Airlines’ new regional jet, which will have regular flights to Piedmont Triad International Airport, during a preview on Friday. The airline offers 10 first-class passenger seats, 20 economy-plus seats and 20 economy-standard seats in its new regional jet. 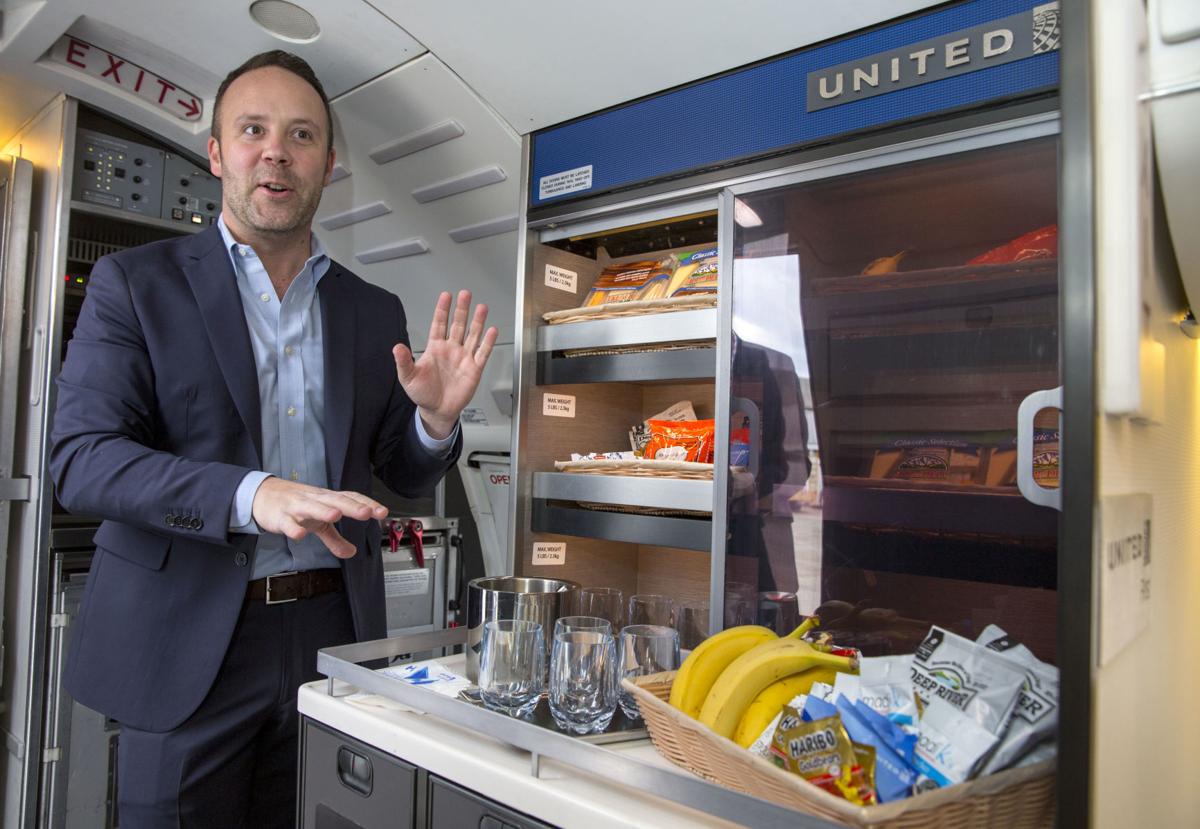 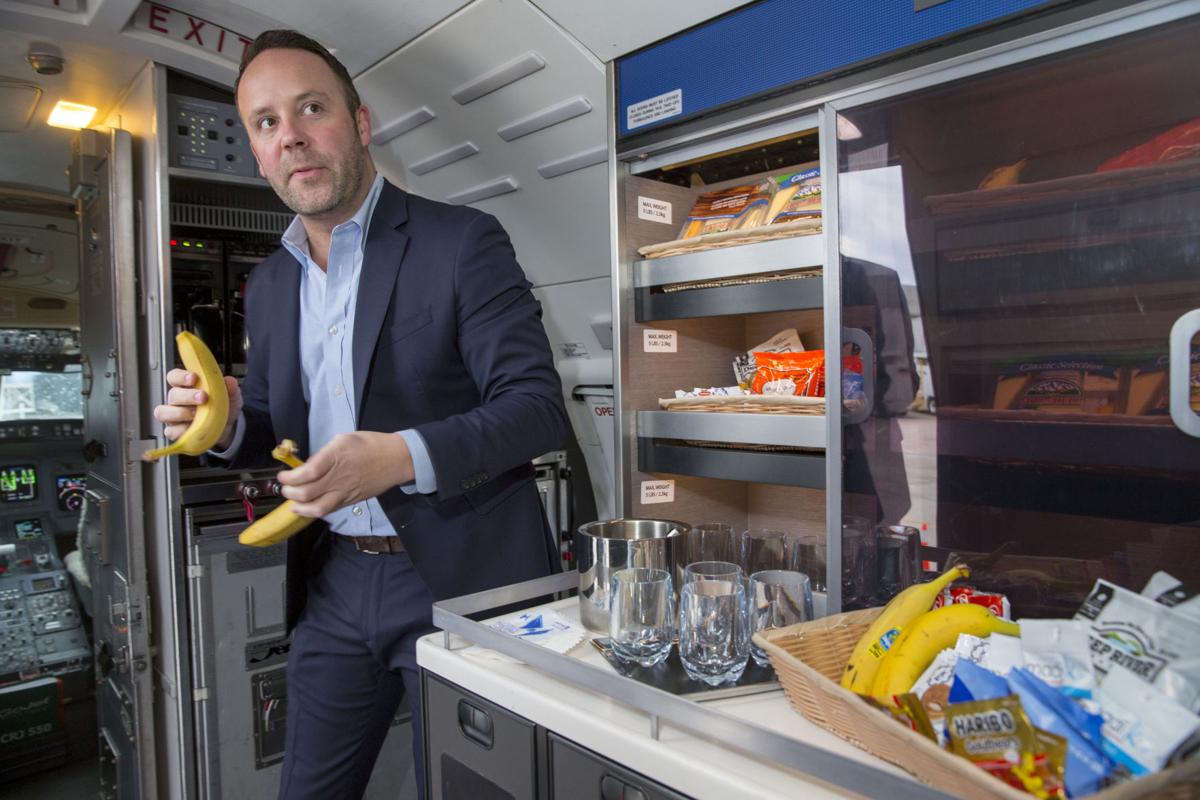 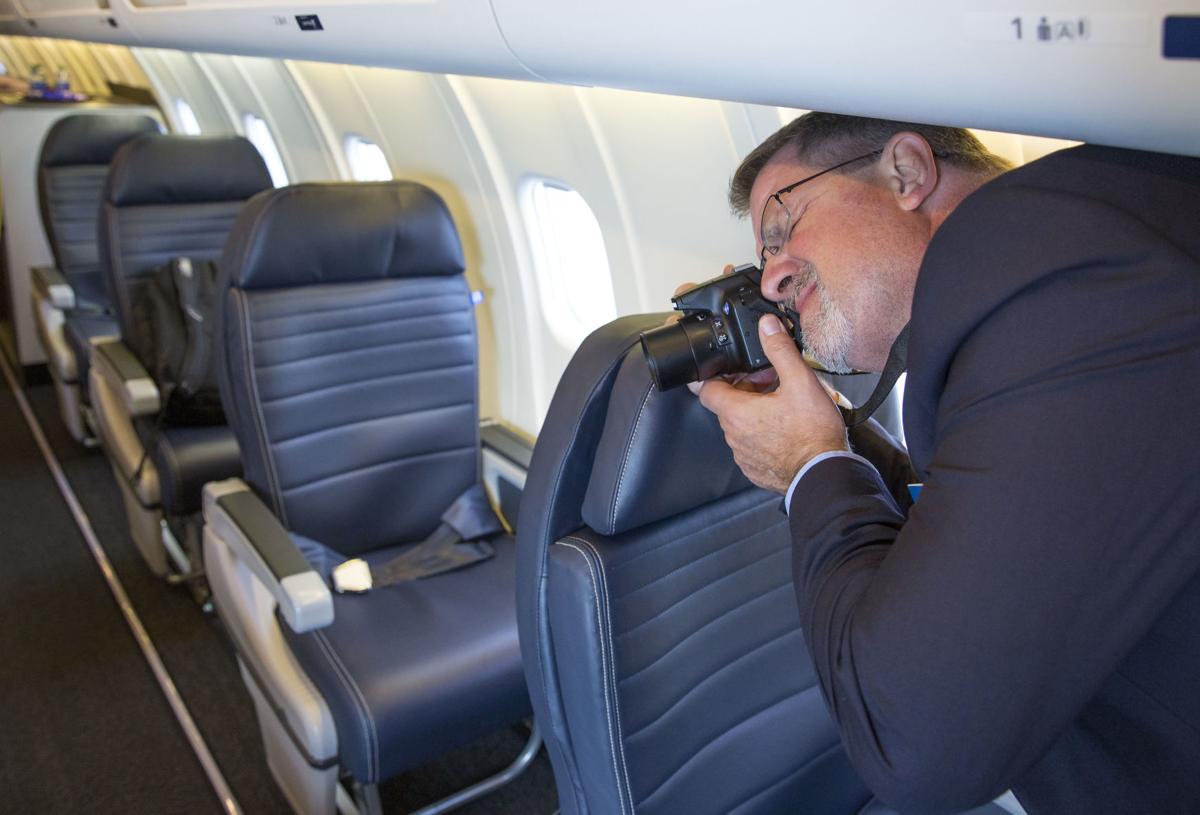 Andy Warfield leans over to take a photo of the first class seating section in United Airlines’ new regional jet during a preview Friday in Greensboro.

People check out United Airlines’ new regional jet, which will have regular flights to Piedmont Triad International Airport, during a preview on Friday. The airline offers 10 first-class passenger seats, 20 economy-plus seats and 20 economy-standard seats in its new regional jet.

Andy Warfield leans over to take a photo of the first class seating section in United Airlines’ new regional jet during a preview Friday in Greensboro.

GREENSBORO, N.C. — Regional jets have always been the barely-tolerated stepchild of big jets like the Boeing 737.

But they’re a necessary evil in the airline business that often doesn’t need to deploy larger jets in smaller markets with fewer passengers — like the Piedmont Triad. Regional jets typically cram 70 passengers into a smaller twin-engine craft with cramped luggage storage and limited service, often as the first or last leg of a connecting trip to the smallest airports.

But United Airlines wants to change that, turning the dowdy little jets into a first-class experience that greets executive passengers at even the smallest airports where they often begin long journeys.

United says it’s the first airline in the world to offer truly first-class seats in a regional jet.

United showed off its reconfigured Bombardier CRJ-550 Friday on the concrete apron at Piedmont Triad International Airport to media and corporate travel managers.

Greensboro is one of the first markets to get one of United’s 10 reconfigured regional jets. The jet they showed off Friday will be making regular flights to Chicago from PTI.

From the outside it’s an unremarkable jet, but inside, the fresh, new seats and large first-class section of the cabin say that this is a different kind of travel experience for the high-end passenger.

Instead of finding a way to squeeze more seats onto a plane like many airlines do, United removed 20 seats from the CRJ-550 and created room for 10 high-profit, first-class seats up front. The wide seats have legroom for days and something few airlines can offer: A self-service snack and drink bar.

The jets have only one flight attendant who will have to balance duties up front with serving the economy-class passengers in the rear.

While the flight attendant is occupied, passengers up front can help themselves to a well-stocked cabinet filled with cookies, deli snacks, bananas and drinks available in glass tumblers. Hardly the conical plastic cups and pretzels you’ll see in economy.

“This is the kind of stuff passengers have always wanted to touch and never been able to do it,” Depner said.

Even economy-class passengers benefit from the changes. The aircraft features enough space for 70 roll-on bags, far more than the 50 spots available previously in such jets.

United currently makes two daily flights between Greensboro and Chicago on the jets but by spring there will be at least four flights a day on the planes, including routes to Dulles International Airport and Newark.

On any given day the airline makes between 11 and 14 flights in and out of PTI.

Greensboro is one of the first markets to get the modified jets, with only 10 in use systemwide by United. By next year the airline plans to be flying 54 of the special jets.

“It’s not an exaggeration to say this is going to be revolutionary,” said Punzenberger. “It’s a regional flying experience unlike anything I’ve seen.”